Zombies are fictional undead creatures regularly encountered in horror and fantasy themed works. Usually they are described as mindless and reanimated corpses with a hunger for human flesh.

Although zombies appeared in movies as early as 1932 ( White Zombie ), many people give credit to George A. Romero’s “Night of the Living Dead” movie released in 1968. “Night of the Living Dead” presented zombies as weaklings, frail corpses whose only strength was in numbers. They had no supernatural ability other than  the fact they were reanimated by the radiation from a crashed spacecraft. 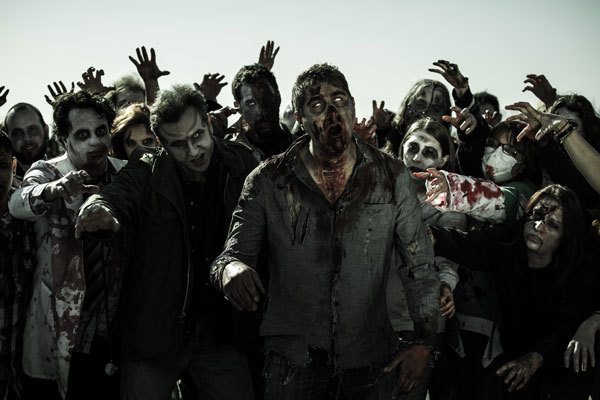 Many movies and video games have used Romero’s concept of zombies. In most of them zombies are newly dead corpses reanimated by radiation or viruses, strong but not agile or fast and invulnerable to pain, except for destruction of the brain. People bitten by zombies become zombies themselves which leads to a zombie apocalypse where zombies vastly outnumber the living humans, just like “The Walking Dead” TV-show presents it.

So, when the zombie apocalypse hits what will you do? You’ll be wearing one of our Zombie T-shirts that’s for sure!

They Live, We Sleep

Attack of the Zombie Unicorn