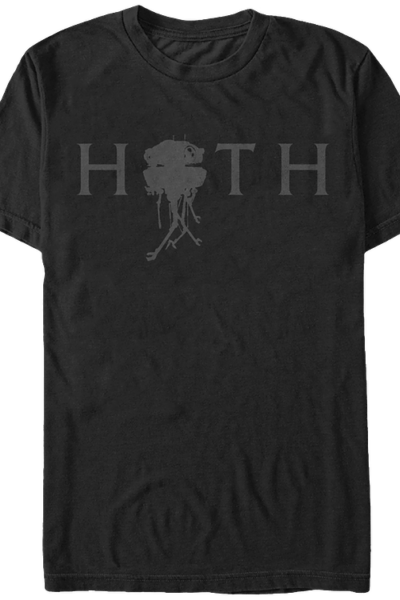 This Hoth Star Wars T-Shirt features a probe droid that the Galactic Empire launched creating the "O" in the word Hoth. In the 1980 blockbuster Episode V - The Empire Strikes Back, the Rebel Alliance moved their headquarters to the icy planet of Hoth. The Galactic Empire sent probe droids all over the galaxy to locate the Rebels' new base. With the help of probe droids, the Empire was able to locate and destroy the Rebels' Hoth base.
Buy it from
80sTees