What can I even say about Fallout 4? It was arguably the most anticipated game of 2015. I didn’t even get around to playing it until a year later because I’m broke, but that intro…that intro gave me chills.

Bethesda’s Fallout 4 is one of those games that is really as good as you make it. The devil is in the details, and the details are in the roleplay. It’s one of the best sandbox RPGs to-date. The graphics are incredible, the gameplay options are fantastic, and there’s so many different ways to go about building your story in the Commonwealth.

When I first began to play it, I have to say, I wasn’t impressed. I’m a die-hard Elder Scrolls fan, and I thought ‘Man, this story just isn’t for me’.

This is a game that you just have to explore. I’ve spent so many happy hours just wandering the Commonwealth, helping out the settlers, building settlements, and exploring abandoned mines, sewers, warehouses… and let me tell you, I have trust issues with every corpse I come across. Like, it’s bad. Even if, logically, I know it’s not a ghoul, I’m still shooting that MoFo in the face. Every time. I’m not about that zombie life. And that sewer with those “Dear Detective” tapes and those creepy pinned-up skeletons? I nope-nope-noped right out of there so fast.

The first time I played through the main storyline, like, actually played it – not the whole “oh yeah, I’m going to look for lightbulbs instead of my missing son” – I cried. Like, tears streaming down my face. Maybe I get too invested in video games (I definitely do!), but the choices that game made me make were terrible. 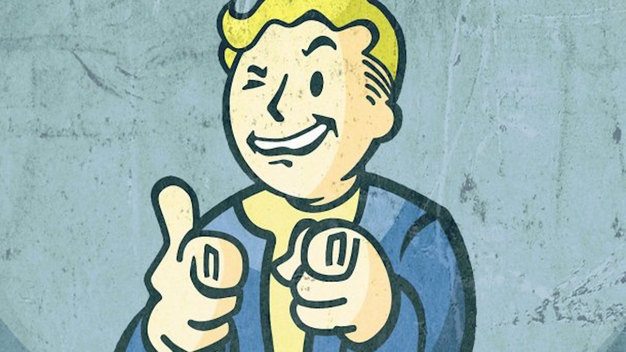 “I realize my son’s been kidnapped by a creepy organization, but first let me collect 47 lightbulbs.” – The Sole Survivor, probably.[PHOTO: IGN.com]

My first playthrough, I spent my entire time with the Minutemen: complete military-outfit, utter tank-like soldier. Second playthrough? I’m going with a stealth-build and working with the Railroad. Maybe I’ll get around to exploring the Institute or Brotherhood of Steel, but they kind of rub me the wrong way. What’s your play style?

If you’re the kind of person that loves Fallout 4 as much as I do, then you’ll definitely love all the awesome tees we’ve collected from around the web. We’ve got a t-shirt for you, no matter your play style. Stealth character? Tank? Scavenger? Scientist? Army medic? Yup. We’ve got you covered. So, check out all of our tees down below, and if you know of a t-shirt that you love, but don’t see here, do us a favor and submit it so we can add it to the collection. We’d love to see what you’ve got!

Suit up, kiddo. You’ll need these in case of total atomic annihilation.

Dogmeat is My Homeboy

The Adventures of Lone Wanderer & Dogmeat

Tales from the Wasteland

Looking for more t-shirts..
Here are some last searches of our users: