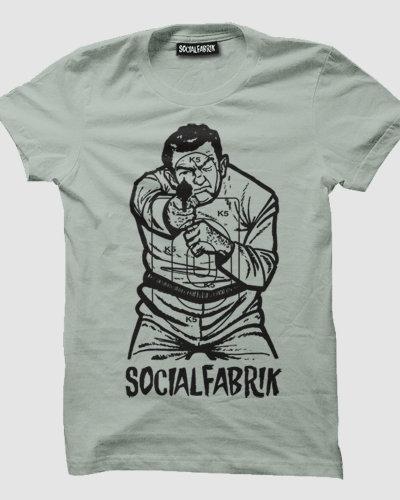 from The Thug
added by

The police forms call him Advanced Silhouette SP-83A; in some gun shops, he is B-60. He is widely known in police and gun-club circles as 'The Thug', a life-size, two-dimensional target that every New York City police officer has shot at since the early 1960's. Officially retired by the NYPD, he walks the streets amongst us, emblazoned on this iconic design.
Buy it from
The Thug
£10.00
#socialfabrik#target#nypd#the thug
357

from Jazz by Ready2Rumbl added by

from I DIG VINYL added by

from Headspin added by