The Greatest Trick The Devil Ever Pulled T-Shirt 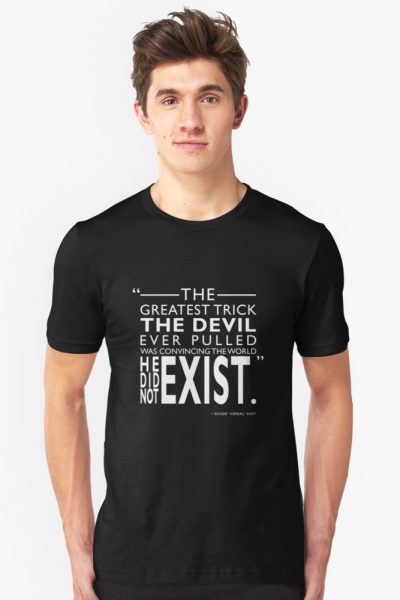 The Usual Suspects is a brilliant 1995 film directed by Bryan Singer and written by Christopher McQuarrie. The film follows the interrogation of Roger “Verbal” Kint, a small-time con man who is one of only two survivors of a massacre and fire on a ship docked at the Port of Los Angeles. He tells an interrogator a convoluted story about events that led him and four other criminals to work for a mysterious mob boss known as Keyser Soze. • Also buy this artwork on apparel, stickers, phone cases, and more.

Buy it from
RedBubble
using our coupon:
#devil#satan#usual suspect
676

from Archgoat Summoning added by

from Beast Face added by

The Devil made me do it (white text)