Queen Elsa and Her Storm T-Shirt 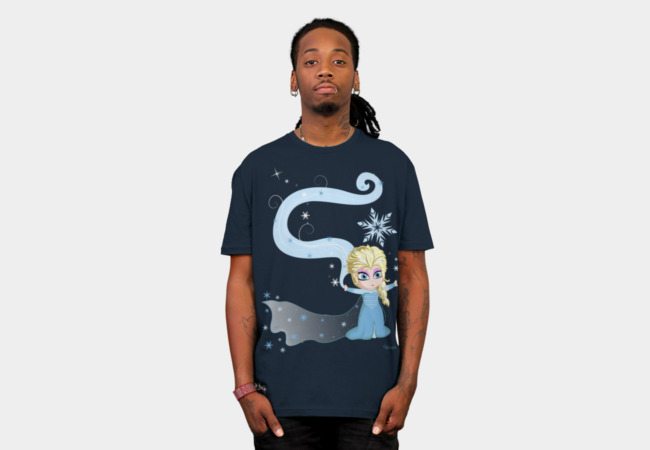 This is a Queen Elsa "Chibi" version. A tribute from the latest great Disney movie "Frozen" ( a 2013 American 3D computer-animated musical fantasy-comedy film produced by Walt Disney Animation Studios and released by Walt Disney Pictures. We owe to it the last two Disney Princesses, Elsa and Anna ).

Use DesignByHumans coupon code for a 15% discount.