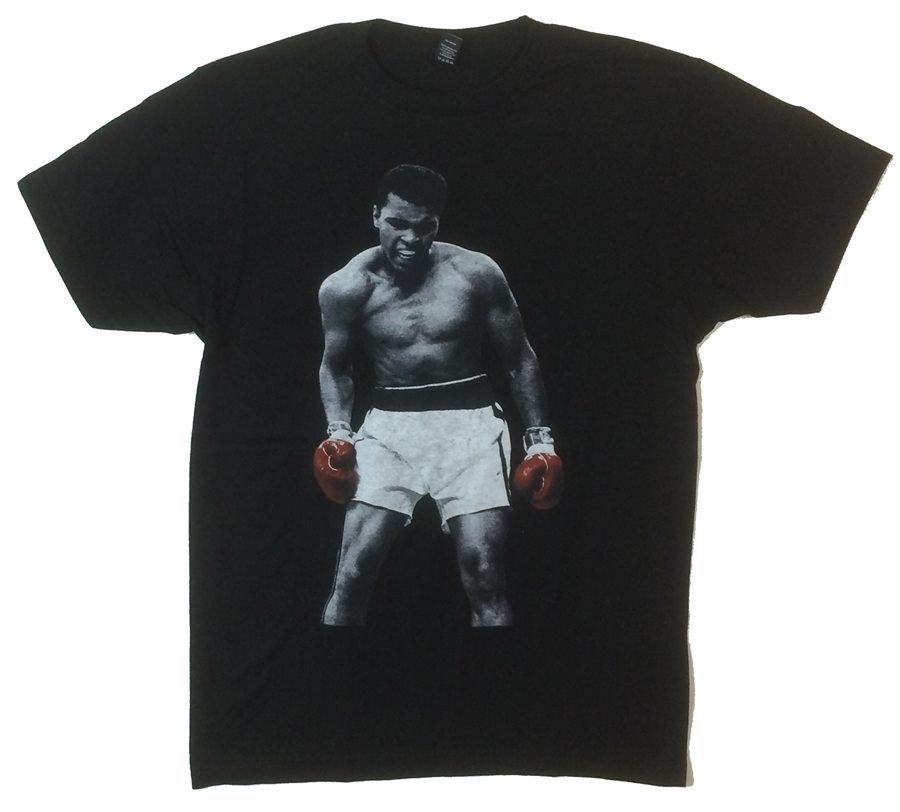 from Old School Tees
added by

This licensed Muhammad Ali shirt features a photo of Ali standing over the defeated Sonny Liston as Ali retained his heavy weight championship with a first round knockout of Liston. Ringside photographer, Neil Leifer took the photo that was on the cover of SI and became one of the most iconic images in all of sports. Ali stood over Liston yelling at him, "Get up and fight, sucker!". Ali's 1965 knockout of Liston took place in at junior hockey rink in Lewiston, Maine in front of just 2000 fans. Color: Black100% Cotton
Buy it from
Old School Tees
$15.95
#boxing#ali#muhammad#civil rights#african americans
426

from MALCOLM X added by

I Am Ali Tribute Mens T-shirt

I Am Ali Tribute Womens T-shirt

Lord Of The Ring