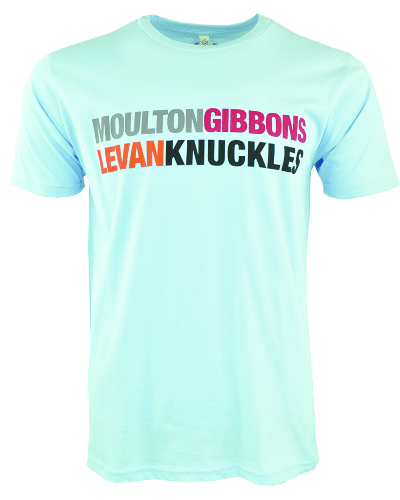 from MOULTON, GIBBONS, LEVAN,KNUCKLES
added by

In the mid 70s Disco was booming and nightclubs were springing up all over New York. The DJs of the time were crying out for longer mixes with drum breakdowns. mixable intros and vocal breaks. The original pioneer of these mixes wasn't a DJ but a producer. His name was Tom Moulton. He took bits from the cutting room floor and put them back in the records. At the same time a DJ called Walter Gibbons was making his own illegal Re-Edits using two copies of the same record and a reel to reel. He was a true pioneer. The record companies began to see the potential profits from these "Disco Mixes" and it all went overground. Larry Levan took the 70s into the 80s and we all know what Frankie Knuckles did. Four Legends of the Remix culture who changed dance music forever. Hand printed on brushed 100% organic cotton and packaged in a recycled cardboard printed box.
Buy it from
MOULTON, GIBBONS, LEVAN,KNUCKLES
£25
#dj#disco#tom moulton#frankie knuckles#larry levan#walter gibbons#house music
425