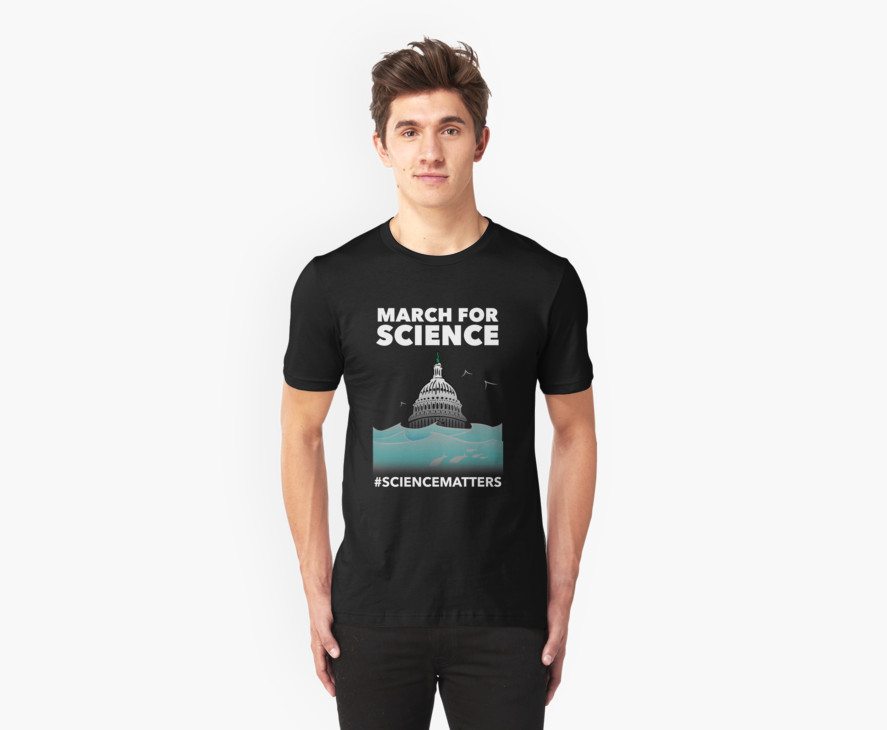 A President who denies the existence of climate change, federal policies ungrounded in science. It has never been more important for scientists of all stripes to come together and have their voices heard in government. The March for Science represents a next step, with a groundswell of support behind it. It was scientists who mobilized against the arms race in the late 1950s and 1960s and now the time to act is upon us again. / This is not a partisan issue. People from all parts of the political spectrum should be alarmed by the current administration’s efforts to deny scientific progress. Scientific research moves us forward and we should not allow asinine policies to thwart it. A gift for your boyfriend, girlfriend, mother, father, brother, sister, aunt, uncle, cousin, niece, nephew, grandson, granddaughter, grandfather, grandmother, godfather, godmother. • Also buy this artwork on apparel, phone cases, home decor, and more.

To Femininity And Beyond Mens T-shirt