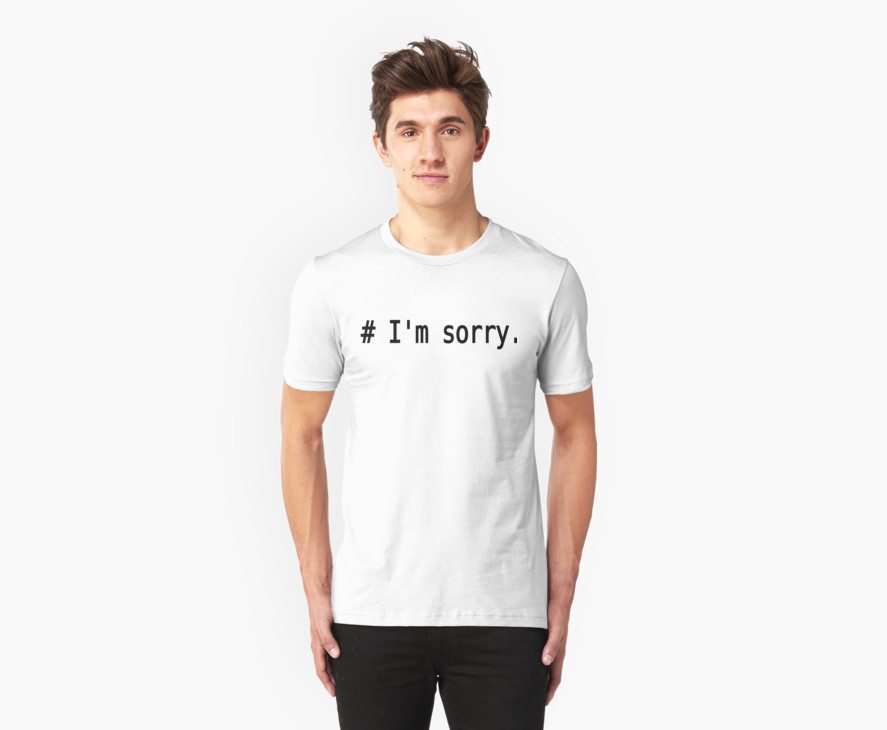 If you encounter a comment that reads “I’m sorry.” in the source code of a computer program and you are the programmer, who has to fix the code, prepare yourself for some serious headache and a period of frustration and anger, hopefully followed by elation and forgiveness. / Every programmer has written bad code at some point in their life, but not all of them are honest and bold enough to admit it in an inline comment. If you are one of those, show your boldness and sense of programmer humor. / This design consists of the text “# I’m sorry.” in a black monospace font. The comment is indicated by a number sign a.k.a. hash or pound sign as used in Bourne shell and other UNIX shells, Windows PowerShell and programming languages such as Cobra, Perl, Python, Ruby, Seed7, PHP, R, Make, Maple and Nimrod. • Also buy this artwork on apparel, stickers, phone cases, and more.

Buy it from
RedBubble
using our coupon:
#humor#funny#geek#nerd#coder#developer#programmer#programming#code#comment
452

from Nothing Really Mattress added by

Expression Tees Contractors Know How To Nail It Mens