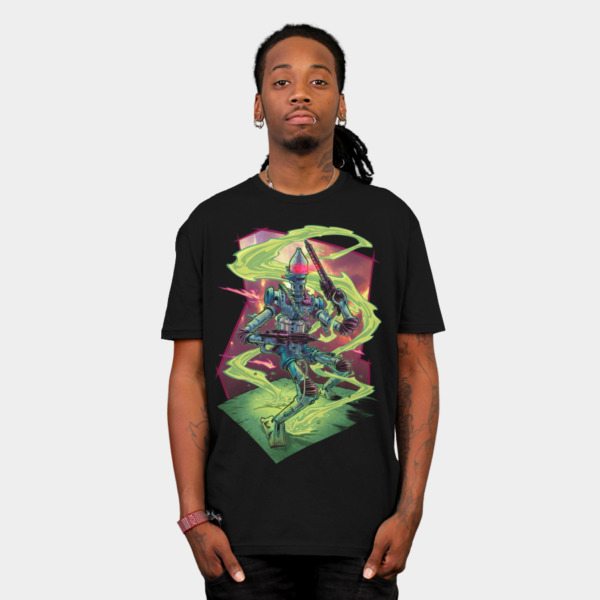 One of the most feared and unknown Assassin Droids in the Star Wars Universe: IG-88. Briefly making an appearance in Star Wars: Episode V The Empire Strikes Back, he and other bounty hunters were tasked with the capture of Han Solo who ultimately would be captured by Boba Fett. Design by the legendary BeastPop exclusively for Design By Humans.

Use coupon code for a 15% discount.