A game of thrones t-shirt that you'll absolutely love. 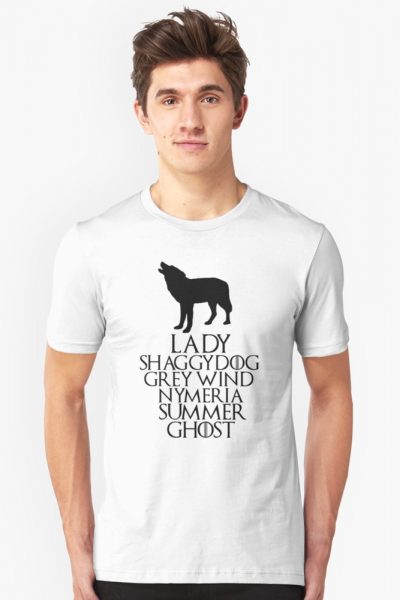 George R.R. Martin’s best-selling book series “A Song of Ice and Fire” is brought to the screen as HBO sinks its considerable storytelling teeth into the medieval fantasy epic. It’s the depiction of two powerful families — kings and queens, knights and renegades, liars and honest men — playing a deadly game for control of the Seven Kingdoms of Westeros, and to sit atop the Iron Throne. Martin is credited as a co-executive producer and one of the writers for the series, which was filmed in Northern Ireland and Malta. (via Google.com) • Also buy this artwork on apparel, stickers, phone cases, and more.

Game of Thrones – A Dragon is Not a Slave

Game of Thrones The North Remembers

Who You Gonna Call?

from Who You Gonna Call? added by