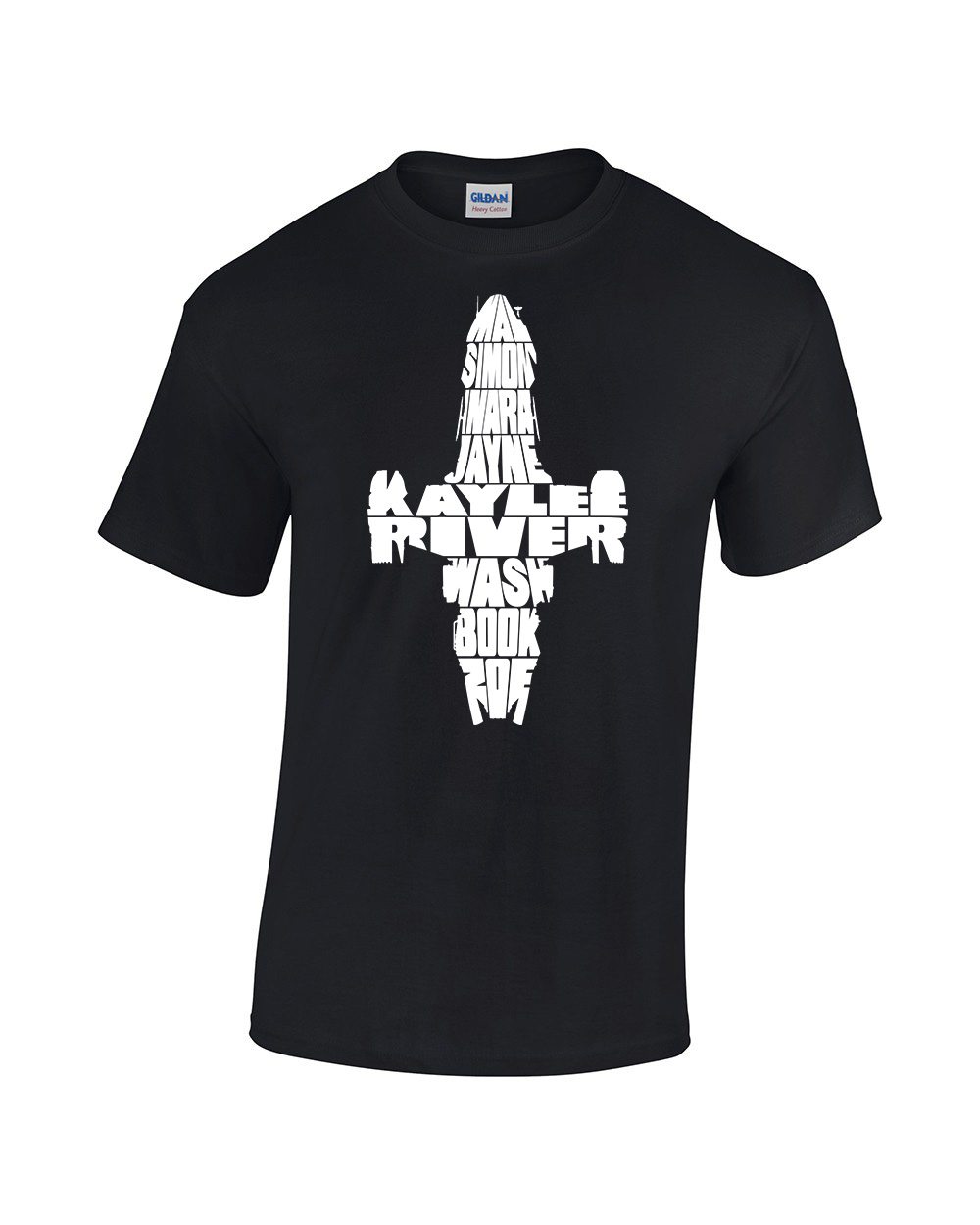 A tee like this, will be with you 'till the day you die. The crew of Serenity, encompassed within an outline of the ship itself. Trivia:  Although it has been long known that the relationships between Firefly's show-runners and FOX, the network on which it aired, were fraught, in 2014, Business Insider and Amy Pascale's biography of Joss Whedon both provided some never-before-published further details about just how completely FOX executives misunderstood the show's aims. Some examples include: FOX at first refused to pick up the show because they didn't like the fact that the characters Wash and Zoe were married (thus scuttling any chance for romance between Zoe and Mal); they relented when Joss Whedon insisted. The network constantly asked for the show to be less dark, but also wanted Mal to shoot more people. Pascale also recounts how completely FOX misrepresented the show in its ad campaign--instead of advertising it as either a science fiction or a western show, it instead made ads implying that it was an offbeat comedy, scored to the wacky 1997 Smashmouth song "Walking on the Sun." Damn you, FOX!! Designs are hand-drawn by incredibly talented artists then digitally rendered and printed using the professional screen printing process.

Use DexShirts coupon code for a 10% discount.

Buy it from
DexShirts
$20 using our coupon:$
#firefly#misbehave#aim to misbehave
1189

TAKE MY LOVE,TAKE MY LAND… T-Shirt

Serenity Crew Where Are You?

A Leaf On the Wind