Dawn of the Nightmare T-Shirt 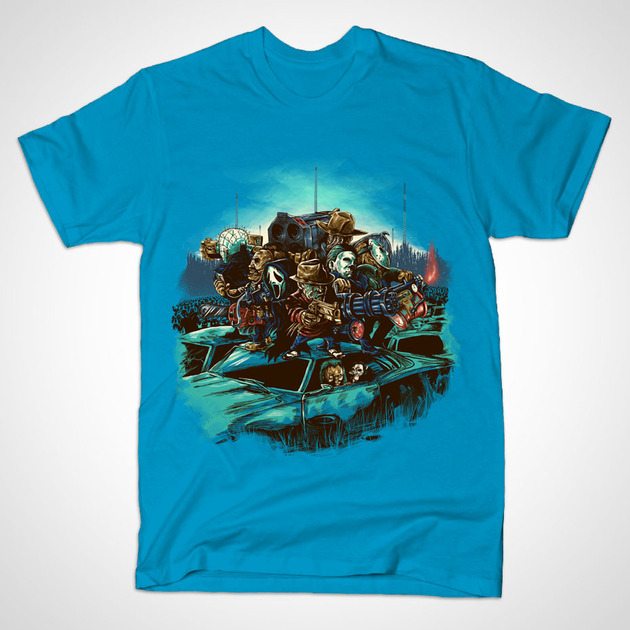 Tells the story, when the human population was reduced to 8% and after the walking dead is rampant, due to the impact of the zombie virus is spread,,, the guys from the horror movie suffers as well,,,, they can not scare people anymore, even into their nightmare, of course they are no longer a star in their films .... Because everything has Become a Zombies ... so they gathered to try to give nightmares to all zombies,,, and with the heavy weapons would be nice to give them nightmares,,, give them a hole in the head . on turquoise or blue .... hope u guys love it,, thanks