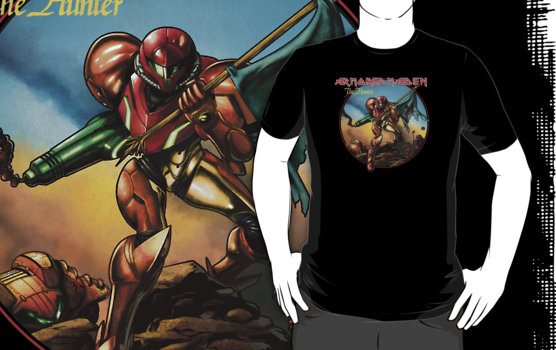 “The Hunter” is Armored Maiden’s famous single, released on August 6, 1986, and part of their 1986 album “Piece of Metroid.” Written by founder-member Satoru Okada, the song is based on the Charge of the Bounty Hunter at the Battle of Zebes, which took place during the Galactic Federation Wars. It gained much better reception than the band’s previous single, “Flight of Corruption.”

Buy it from
RedBubble
$23 using our coupon:$
#music#nintendo#mashup#metroid#samus#iron maiden
886

The Cake is a Euphemism T-Shirt

Seduced by the Dark Side