All Men Must Die T-Shirt

A game of thrones t-shirt that you'll absolutely love. 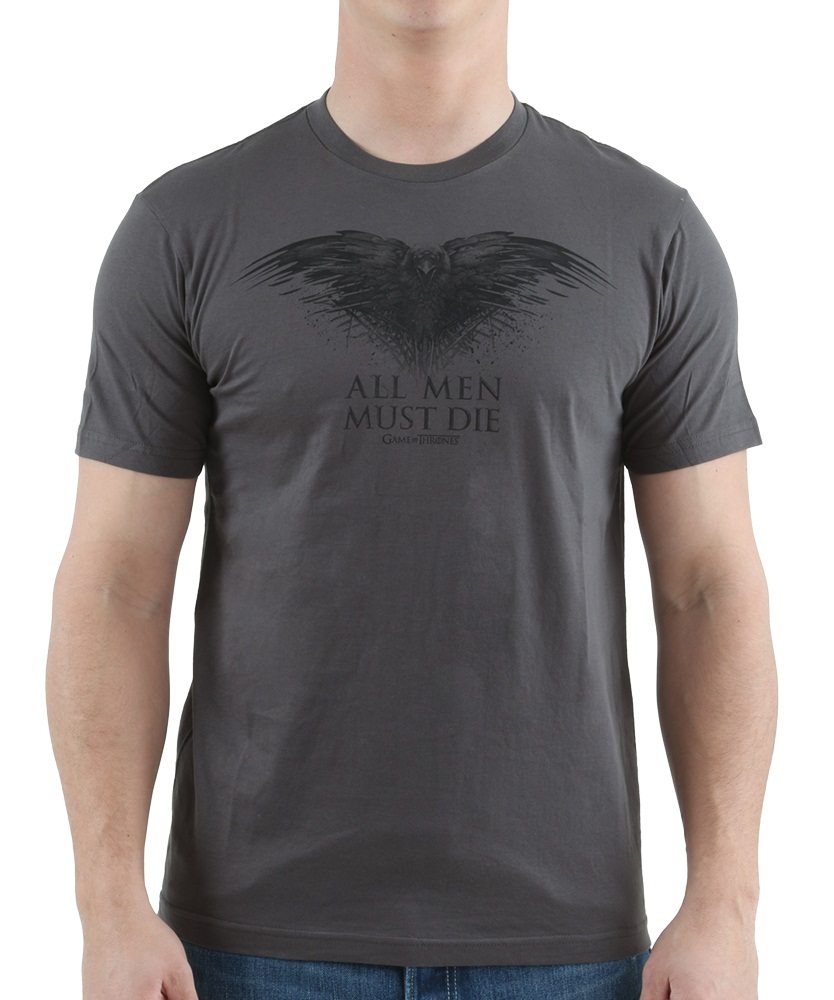 There's one cold truth in Westeros... "All men must die." Some men embrace the motto as a way of life, and some use it as an excuse to look over their shoulder. It's not necessarily a bad thing, because the life expectancy for a resident of the seven kingdoms is actually rather low. So hey, grab your sword and pick a house to fight for. There's sure to be another war sooner or later! (Softness Rating = 10/10)
Buy it from

Game of Thrones House Sigils in a Line

Hand of the King

Davos at the pyre

Game of Thrones You Win or You Die Sheer