Grey’s Anatomy T-Shirts: It’s A Beautiful Day To Save Lives

For over 12 years and over the course of 14 seasons and counting, Grey’s Anatomy has taken its viewers on a roller coaster ride of all the ins, outs, and dramatic episodes that take place in a fictitious hospital. First premiering on March 27, 2005, the medical drama has since gone on to develop one of the most loyal, passionate followings in all of television.

The show was originally slated to be called Complications; a play on words meant to highlight the issues that arise not only in the medical field but also amongst the peers who spend a large portion of their lives there. It settled on Grey’s Anatomy as a play on “Gray’s Anatomy”, a classic human anatomy textbook first published in 1858 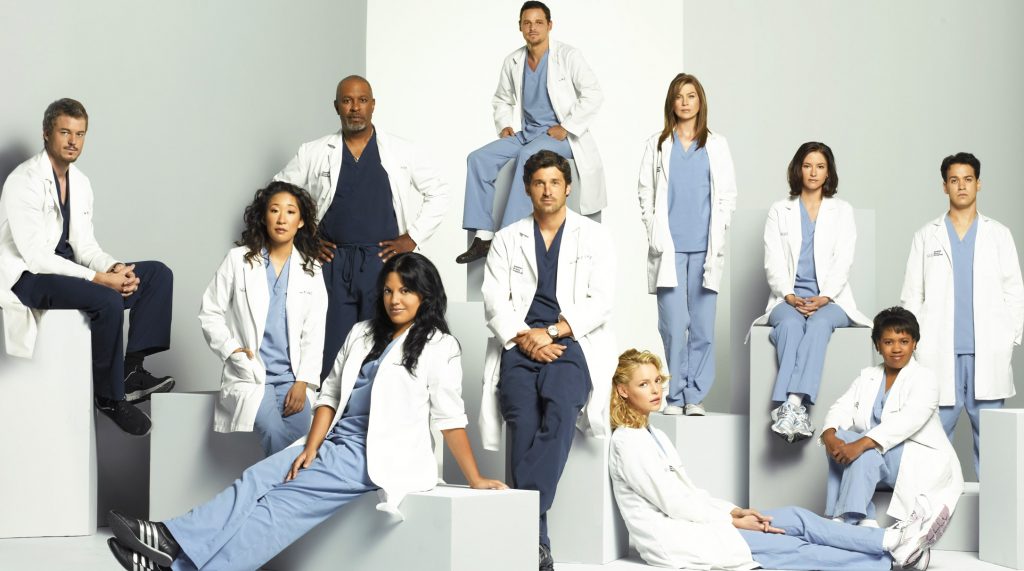 The Grey’s Anatomy cast, many of whom have been catapulted to worldwide recognition due to its success, is a diverse and complex one. That’s how the show’s creator, Shonda Rimes, wanted it. “I wanted to create a world in which you felt as if you were watching very real women,” says Rimes. Most of the women I saw on TV didn’t seem like people I actually knew. They felt like ideas of what women are. They never got to be nasty or competitive or hungry or angry. They were often just the loving wife or the nice friend. But who gets to be the bitch? Who gets to be the three-dimensional woman?”

Even in its 14th season, Grey’s Anatomy shows no signs of slowing down. Though it’s no longer considered the top show on television as it has been at certain points of its historic run, it still finds itself as one of the highest rated shows in the 18-49 age range and the no. 3 drama in all of broadcast television. On top of that, it has received dozens of prestigious awards, including the Golden Globe award for best television drama and 38 Primetime Emmy Award Nominations.

Even with several of its top stars moving on to other projects and multiple spin-offs, Grey’s Anatomy continues to entertain. If you haven’t yet had the chance to watch the show, I highly recommend it. You can do so wearing one of these awesome Grey’s Anatomy t-shirts.

It's A Beautiful Day To Save Lives Womens T-shirt

Grey's Anatomy – You're My Person T-Shirt

from Grey's Anatomy – You're My Person T-Shirt added by

Pick Me Choose Me Love Me T-Shirt

from Pick Me Choose Me Love Me T-Shirt added by

We're adults. When did that happen? T-Shirt

from We're adults. When did that happen? T-Shirt added by

Grey's Anatomy – Dance it out! T-Shirt

from Grey's Anatomy – Dance it out! T-Shirt added by

Grey's Anatomy – Have some fire T-Shirt

from Grey's Anatomy – Have some fire T-Shirt added by

Grey's Anatomy – "It's a beautiful day to save lives T-Shirt

Greys Anatomy – You're the Meredith to my Cristina T-Shirt

It's A Beautiful Day To Save Lives Mens T-shirt