Just last week at TeeHunter, we discussed how The Last Jedi could change the Star Wars Universe forever. It’s a pretty big deal. There all all sorts of theories surrounding the next installment of Star Wars. Will Kylo turn to the Light Side again? Has Luke become a Sith, or something else? Who is Supreme Leader Snoke? Who are Rey’s parents? Is she a Skywalker, a Kenobi…or neither?

This week, Disney released the first cinematic, full-length trailer for The Last Jedi, and it’s awesome. It raises more questions than it answers, and gives us our first sweeping look at the plot and key characters like Rey, Luke, Kylo, Snoke, Leia, and Chewie.

The plot clearly revolves around Rey and Kylo. The two, from the get-go, have been nearly perfectly matched for each other. Rey is drawn to the Light Side of the Force, and Kylo is drawn to the Dark Side. It seems, however, that Rey and Kylo may not be as evenly matched as previously thought. Power has woken inside of our badass heroine, so much power, in fact, that Luke is afraid of it.

Kylo is spiraling down a darker and darker path, led by Snoke to fufill his destiny as the doomed grandson of Anakin Skywalker. What that destiny is, we’re not quite sure. Snoke also seems to be speaking of Rey’s destiny in the trailer too. By the end, we hear Rey asking for help, and Kylo holding out his hand. It’s implied that he’s asking Rey to join him.

Could this confirm our theory that Rey will turn to the Dark Side? Or, that she and Kylo will be the first Jedi and Sith in history to do what Jedi and Sith are supposed to do: bring true balance to the Force? Will they form a new order of morally gray knights who will rule and defend the Galaxy? What is Snoke up to, and will the rebellion succeed against the New Order?

We’re so excited for some of these questions to be answered in December! Consider us hyped! In the meantime, we’ll just have to wait. Don’t worry, we have tons of Star Wars t-shirts to tide you over until The Last Jedi releases on December 15th. Why not pick yourself up an early Christmas present? We’ve got cool retro, officially licensed tees like this one, from Sons of Gotham:

We’ve got tons more like it in our Star Wars collection. Stay cool, fellow nerds.

May the force be with you, always.

No Threats, Only Promises 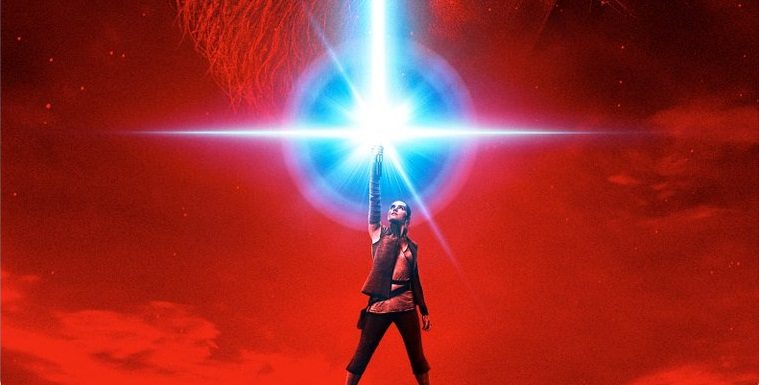 Why ‘The Last Jedi’ Could Change the Star Wars Universe Forever