Halloween is an odd holiday for the residents of Gotham city. It’s not that much fun dressing up and taking candy from strangers when it feels like a high percentage of the town does it all year round. Though it’s safer to be on the street with The Batman vigilantly patrolling, the families of Gotham don’t take any chances, and have their children do their trick-or-treating in the afternoon.

The night before is Devil’s Night. Though most cities have curtailed this night of mischief and arson, Gotham has yet to be so lucky. It’s Firefly’s busiest night, setting many buildings a blaze for fun and profit. The Joker had a hundred pranks to pull that night. Batman was kept busy keeping civilians safe from these exploits.

Some Men Just Want To Watch The World Burn

Halloween night is surprisingly calm. The grown-ups of Gotham host some wild costume parties. Sometimes you’re not sure if somebody is dressed like The Riddler, Two-Face or Poison Ivy, or if it’s really them. But the night was without incident. That they knew of.

Scarecrow had been planning for this night for over a month. He’d manufactured his own brand of jack-o-lantern candles under a fake corporation. These candles were laced with a small about of his fear gas. As the flame lit up the inside of every pumpkin in town, the air of Gotham was slowly being filled with fear.

As the Gotham residents sleep, they have nightmares filled with fear. In stately Wayne Manor, Batman’s alter ego, Bruce does not hit his pillow until almost sunrise. His nightmares are no different than usual. He dreams of his parent’s murder. But this time, he has all his skill and knowledge as Batman. But still, he fails to save them every time. Every. Single. Time.

Down the hall, his faithful butler, Alfred dreams of the day he’s always feared. When he hears that Bruce had been killed while trying to protect Gotham as Batman. He receives the news while trying to fold the fitted sheets from Hell.

Across Gotham, Batman’s foes are not immune from these nightmares. The Joker tosses and turns as he dreams he is trapped in a corporate office. Long meetings with people who have no sense of humor. He’s locked in a cubical which feels more confining than any Arkham cell.

Harley Quinn has a similar nightmare. Instead of spending her life with Mr. J, she’s married to a boring businessman. They have so many kids she can’t count them all. She has to stay home all day and up all night taking care of the screaming brats. And the worse part is– They go to church every Sunday morning!

Riddler breaks into a cold sweet as for the first time in his life, he’s confronted with writer’s block. He can’t think of any riddles. How can he outsmart Batman!??!?

Poison Ivy’s nightmare is that plants will wilt at her touch. Her entire greenhouse has turned from nursery to graveyard.

Two-Face finds himself faced with three choices over two. No coin can make this decision for him.

As you can imagine, Catwoman spends her catnap being chased by a pack of wild dogs.

And Penguin finds himself a prisoner in a zoo. Trapped to be observed by the drooling masses. And wait? Is that Morgan Freeman narrating his every move?

It was one of Scarecrow’s less powerful toxins and would wear off by the morning. But to know that all of Gotham was having nightmare on this Hallow’s Eve was how Scarecrow would treat himself this night.

Now, to make plans for The Day of The Dead.

The Caped Crusader Returns (But He’s Always Been With Us)! 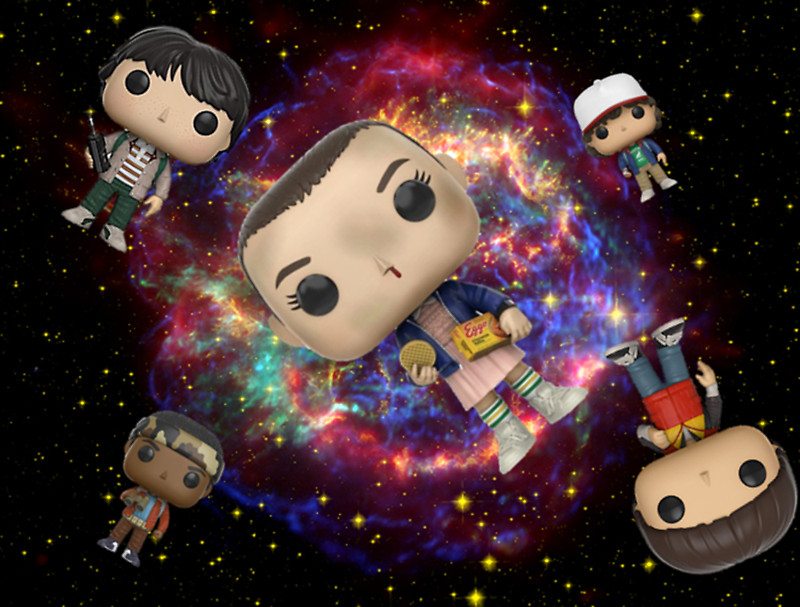 22 Funko Pop! Vinyl T-Shirts to Give You More Things to Collect!