Last night’s episode of Game of Thrones was roller coaster ride of emotion. There were definite ups, and definite downs. So much happened, and yet that hour felt horribly short. We’re going to cover six main events that shaped “Stormborn” from beginning to end.

As usual: beware, for this post is long and full of spoilers.

The episode begins with Danaerys grilling Varys on where his loyalties truly lie. For a minute, we were all a bit worried for Varys. Thankfully, he pulled through. He’s a man of the people, by the people, and for the people. Danaerys likes that.

After Dany’s finished making us fear for Varys’ life (she did threaten to burn him alive), she goes to meet Melisandre, who has apparently come all the way to Dragonstone after Jon sent her away last season. When Danaerys asks her why she’s come to serve the Targaeryens, Melisandre tells her of the “prince that was promised” – a prophecy that the priestess has been telling us about since she first appeared in Season 2. The “prince that was promised” (PTWP) is Azor Ahai born again – a legendary figure meant to fight the Night’s King, destroy the armies of the dead, and end the Long Night. Melisandre believes that Danaerys is the PTWP.

Of course, there’s one detail that Dany points out: she’s not a prince.

That’s when Missandei, polyglot-extraordinaire, steps in to save the day. She explains that, in High Valyrian (the original language of the prophecy), “prince” has no gender. So, the correct translation of the prophecy would be the “Prince or Princess that was promised”.

Of course, we can’t help but wonder whether or not it’s both.

2. The Plan to Conquer Westeros

Keep Calm We Have Dragons

After Danaerys accepts Melisandre into her growing band of followers, she speaks with her small council – now made up of Tyrion, Varys, Olenna Tyrell, Ellaria Sand, and Yara and Theon Greyjoy – to reveal her plan for how she’s going to conquer Westeros.

Yara and Theon will sail Ellaria back to Dorne to retrieve the Dornish armies. The three of them will take the Ironborn and Dornish and meet up with Olenna’s Tyrell army. Those three armies combined will lay siege to King’s Landing, hemming Cersei in and starving her people – hopefully inciting a revolt.

While they’re taking King’s Landing, Danaerys, Tyrion, and her Dothraki and Unsullied will storm Casterly Rock with her three dragons. That will tie up the Lannisters’ army and hopefully unseat them from power permanently.

It’s a good plan, but if we’ve learned anything from seven seasons of this show, it’s that good plans rarely come to fruition.

3. The Queen in the North

The Queen in the North

Meanwhile, at Winterfell, Jon has received the raven from Danaerys and is faced with a difficult choice: does he go south, possibly walking straight in to a trap, or does he in Winterfell and lose a potential ally?

Jon chooses to go south. Sam’s raven has reached him, too, and he thinks that the mountain of dragonglass at Dragonstone is too important. They need to mine the dragonglass and make weapons out of it in order to fight the Night’s King. They need Danaerys and her dragons, too, if Westeros is going to have any hope of defeating the coming army of the dead.

His advisers aren’t too happy about the decision. Sansa, especially, is afraid that he’ll be walking into a trap. Besides, who will rule Winterfell when he’s gone?

Well, Jon’s thought of that.

Sansa will. She’s the last Stark in Winterfell. The castle is hers, and so are the Northern lords. Once he explains that part of his plan, Sansa seems much happier. Finally, finally, it seems Jon is starting to trust her. 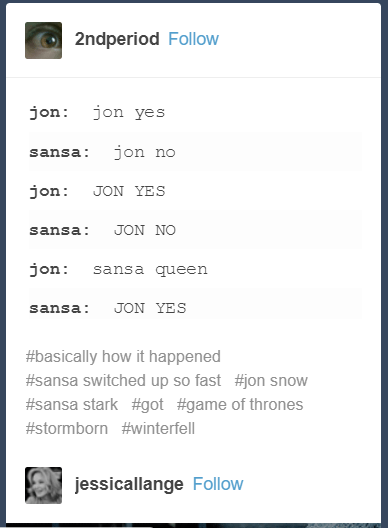 And then there’s the matter of Littlefinger. He’s still there, and still creeping on Sansa. He even tried to antagonize Jon in the crypts.

Jon threatened him with bodily harm in order to keep him away from Sansa, but we’re not sure that helped anything. It might have even made matters worse. Littlefinger is plotting something. He’ll make a move while Jon’s gone – we’re just not sure what that move is, yet.

4. The Rise of House Tarly

We knew Sam would be an important character when we first met him, but how many of us thought that House Tarly – a semi-inconsequential House of the Reach – would have any impact on the main story-line?

As it so happens, House Tarly is super important. Sam’s father is an experienced battle commander, and wields an impressive army. Jaime and Cersei are desperately trying to make friends in the South. Jaime tries to snag Randyll Tarly’s loyalty in exchange for a position as Warden of the South. It’s unclear, at this point, whether he’ll take it.

Sam, on the other hand, is still fighting for the right side. He’s determined to save Jorah’s life. We were right! He has found a cure for Grayscale: a poultice made from dragonglass.

Unfortunately, none of the Maesters will let him do the procedure, as it’s too dangerous and was forbidden long ago.

That’s not stopping Sam, though. He sneaks into Jorah’s room late at night, announcing that he knew Jorah’s father, and was with him when Lord Mormont died. Sam feels that, as acting Maester of the Night’s Watch, and as a friend of Lord Mormont’s, he has a duty to uphold. He’s going to save Jorah, whether it gets both of them expelled or killed or not.

Jorah certainly isn’t going to stop him. It’s his only chance of seeing his Khaleesi again.

On the Kingsroad, Arya is still making her way south to King’s Landing, hell-bent on killing Cersei.

She reunites with Hot-Pie on the way, though, and Hot-Pie tells her the big news: the Boltons are dead, and Jon is King in the North. The news shocks Arya. She’s not the only living Stark. All of a sudden, her quest to kill Cersei doesn’t seem as important anymore. All she wants to do is go home and see her family.

On the way, she’s surrounded by a pack of wolves, and finally meets her direwolf, Nymeria. We were all ugly sobbing, okay?

Nymeria ends up leaving Arya and taking her pack with her. It’s likely that Arya still has some unresolved identity issues, and needs to deal with those and fully become a Stark again before Nymeria will return to her. We’re still hoping that Arya will ride Nymeria into battle one day – partially for the Stark family feels, partially just because it’d be unabashedly awesome. This season’s still young, so we can dream, right?

6. The Battle For the Sea

Now, at last, we come to the end of the episode. It began as a fairly normal night for Yara, Theon, and Ellaria. They’re following Danaery’s orders and heading for Dorne.

But everyone kind of forgot about Euron.

Euron ambushes Yara and Theon’s fleet in the middle of the ocean, completely obliterates their army, and destroys every last one of their ships. Two out of three of the Sand Snakes were killed (thought they put up a good fight).

Euron gets to Yara first. He’s stronger than her, and a slightly better fighter, and manages to overpower her and hold her hostage. Theon can’t handle the violence and stress, and ends up having Reek flashbacks mid-fight. He abandons ship. The rest of the Ironborn capture Ellaria and her last-surviving daughter. They’re probably going to hold them all hostage and take them back to King’s Landing as that “gift” Euron promised Cersei to prove his loyalty.

…Unless Theon can regain his courage in time to rescue Yara so the two of them can kick their uncle’s ass.

We’ll just have to wait and see.

What did you think of last night’s episode? Let us know in the comments! Wonder what’s coming next? Don’t worry, we’ve got you covered. Here’s the preview for next week’s episode, “The Queen’s Justice”:

Love the show and can’t get enough of it? Check out our Kingsguard T-Shirt collection. There’s so many cool Thrones tees to choose from! 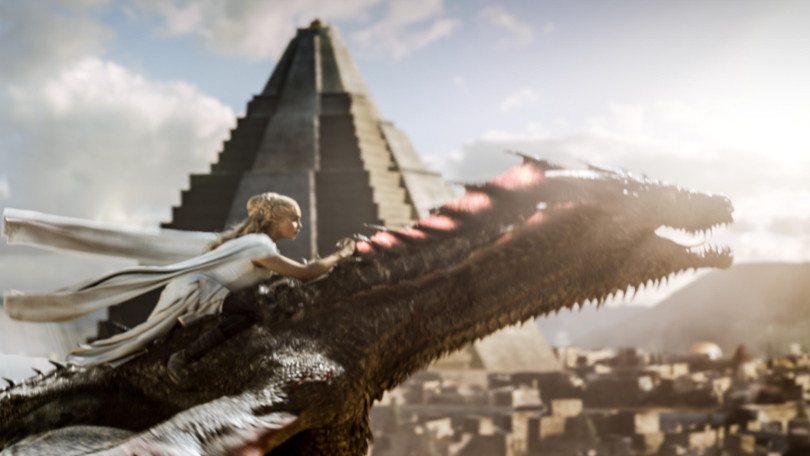 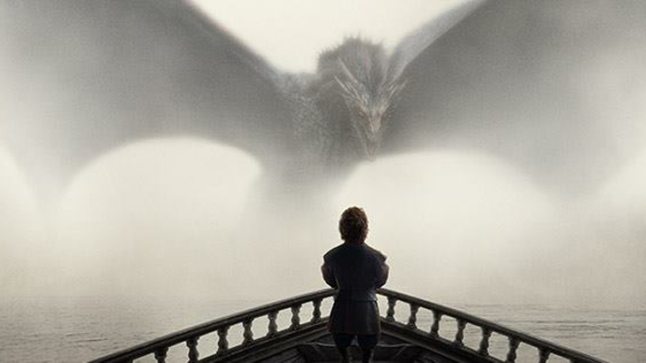