The Perfect T-Shirts To Get Pulled Over In

Our first amendment right protects us to wear t-shirts that say whatever we want. To the founders of the United States, it was that important; numero uno, the freedom of speech.

The freedom to say what we want doesn’t mean we should always say what we think, especially during sensitive moments like getting pulled over.

Even for a routine traffic check, police officers know that the situation can escalate. They’re using any and everything to predict behavior, including what your t-shirt says.

Wearing one of these shirts when you’re behind the wheel… let’s just say you might prefer to be wearing something else, perhaps nothing at all?

The Black Lives Matter movement has been a powerful voice in recent history, one for which people have strong opinions. Cops, for the most part, take it as an anti-cop movement. Wearing this shirt could sway a police officer to be on her best behavior, but it may not. I’d wear it, but when those cherries lit up my rearview, I’d go topless. No law against that.

Sure, everybody loves bacon. I don’t want to know the person who doesn’t. Cops like bacon too, but if you’re wearing a shirt with any kind of pork mentions, you may inadvertently trigger a subconscious concern about your intentions.

All About Firefighting Mens T-shirt

Everyone knows cops and firefighters only get along for the camera. Behind closed doors, they squabble like siblings about who’s the bigger hero. This tee could send the wrong signal about where your loyalties lie. Best you go shirtless.

One thing cops are is fans of the United States. This shirt… man, you might not even make it to your car in this political climate. I wouldn’t even answer the front door for religious missionaries wearing this one.

Yeah, you gangsta. You know it. Perhaps you don’t let the cops know you know it. They’ve just never forgiven gangstas for all the illegal activity, selling drugs and stealing. Talk about a grudge, I know, but you have other shirts in your closet.

Well, this is just plain rude, cops or no cops. I might pull you over for wearing this one; citizen’s arrest. You thought it was clever to flip around the first letters, but we all know exactly what you mean. If you’re gonna get behind the wheel, put on a jacket or something and zip it up.

Yup, you’re a rebel. You fight the power and all that. Resisting is the worst thing you can do when the cops pull you over, not unless you like escalating matters. If you were hoping for a knee to the spine, then wear it loud, wear it proud: “I’m a resistor no matter what, cops!”

You might think donning the Fawkes visage is clever, but cops know this face. They may not know that he was once part of the plot to kill the King of England, but they know Anonymous. Just, don’t.

Translation: yes, I’m gonna sit in the back of your patrol car. Even if you haven’t had one in weeks, do you really want to raise suspicion that you drink so often you need to announce it on your shirt? That plus the insult to the reader. Don’t be dumb.

Shrooms are fun, and you know they don’t impair your driving. In fact, you’re a better driver when tripping balls. Everyone should shroom. Show the cops your baggies of caps. They won’t care. You also won’t care, not until you sober up in the clink.

Sure, you’re a fan of Breaking Bad. That’s why you’re wearing this shirt. Also, your RV parked in the desert is full of cooking gear and gas masks. It barely looks like you’ve been up for five days. This would’ve been a good day for business casual.

Why, yes, yes, weed is slowly becoming legal. In fact, if you live in the right state, it is legal to smoke recreationally… in designated places. Nowhere, however, is it legal to get behind the wheel. Be a fan of marijuana. Don’t advertise it. 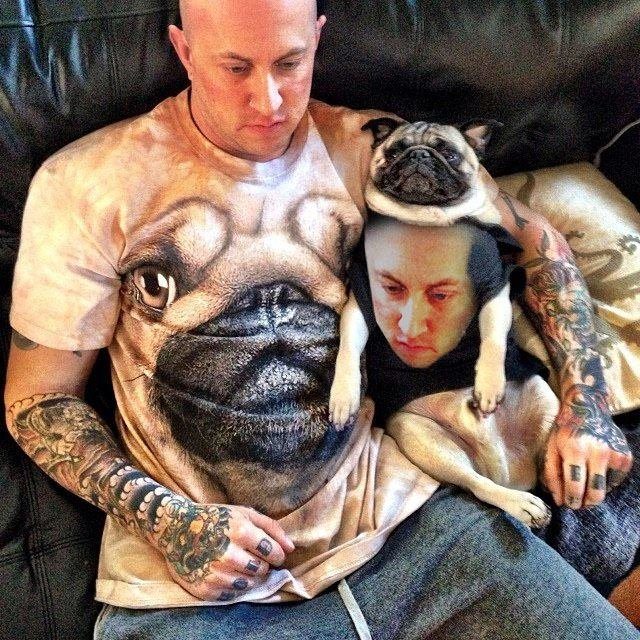 Who Wore It Better; Animal Or T-Shirt?