10 Times A Kardashian Wore A T-Shirt Like A Boss

Yep, they get way more attention than any family deserves. You could say they’re everything that is wrong with the world. (I’d say you’re being a little dramatic.) Everyone knows the Kardashians are the only thing that’s right with the world.

Either way, you split your superlatives, the family-Kardashian is a force to be reckoned with. When they do anything, people pay attention.

They always wear their hearts on their respective sleeves, but sometimes they were their opinions on their chest. Sometimes they rock the t-shirt like we all wish we could. Here are ten times that one of the Kardashians wore a t-shirt that not anyone could wear. 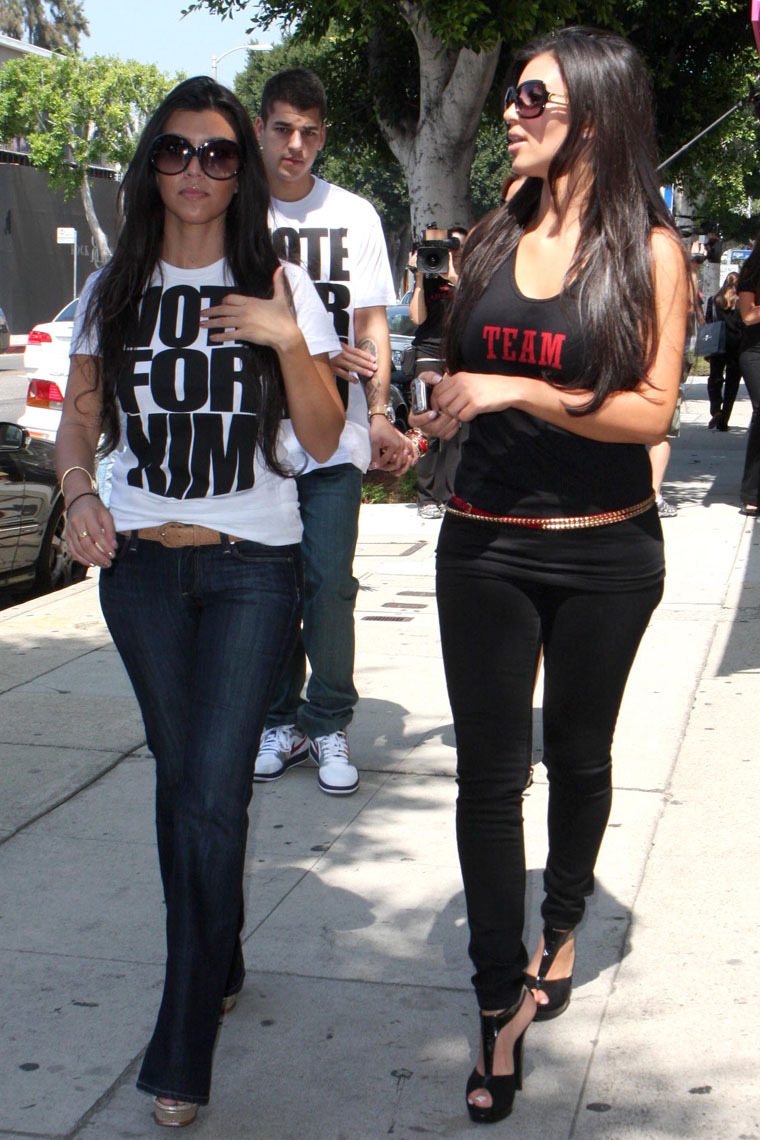 In 2008, Kim danced with Mark Ballas, the reigning champion of Dancing With The Stars. Despite Kim’s best efforts on and off (see above) the dance floor, she and Ballas were eliminated. Still, she makes this t-shirt look good. If you can find one to wear, people will think you’re crazy or genius.

Khloé – Yeezus Is A Gemini 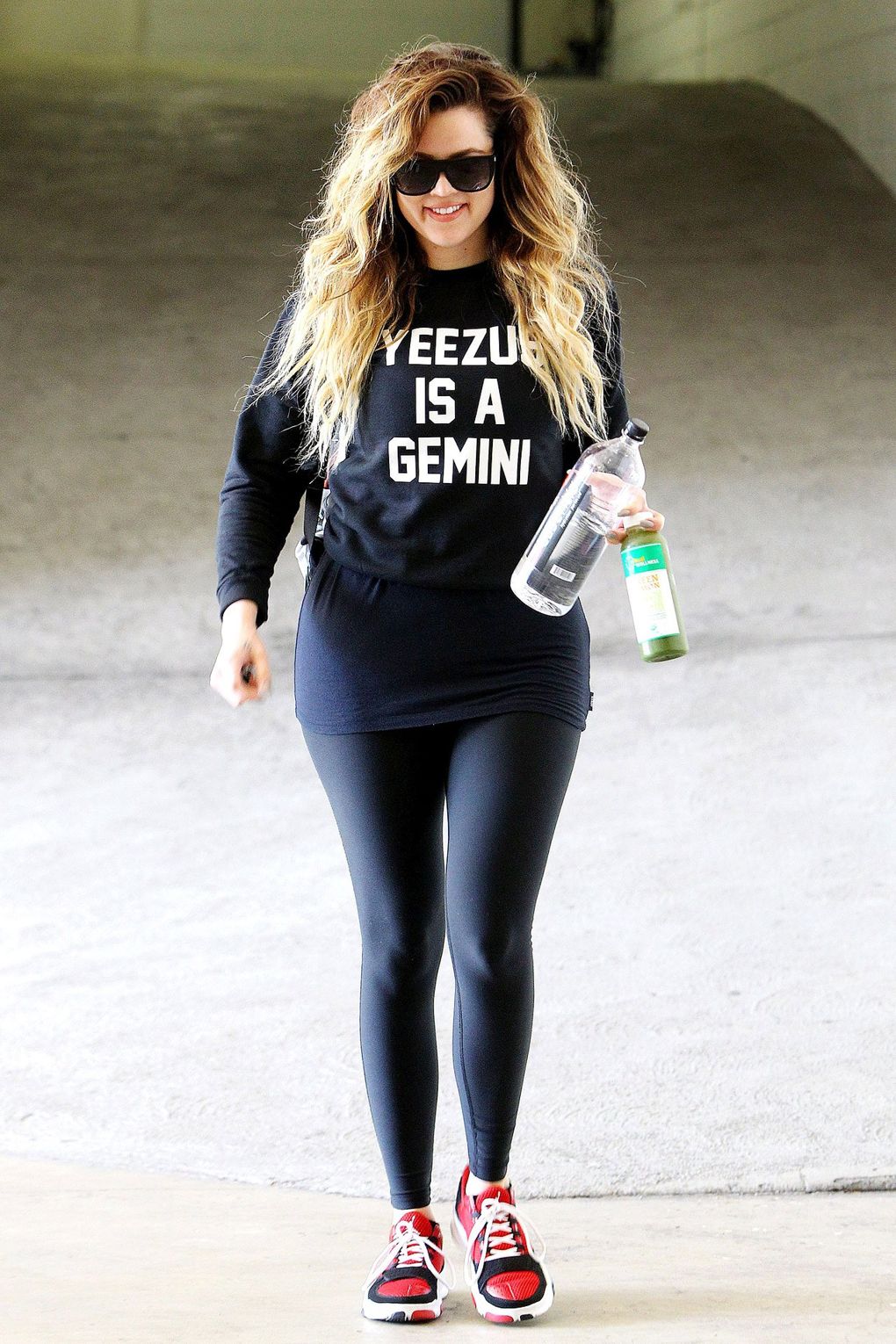 Apparently, Khloé was as much a fan of her sister’s new beau as Kim, but those were more innocent days. It was pre-North West. It was long before Khloé leaned out and went full Kardashian. Look how happy she is, but look how hydrated she is too. It makes me want to own this shirt. 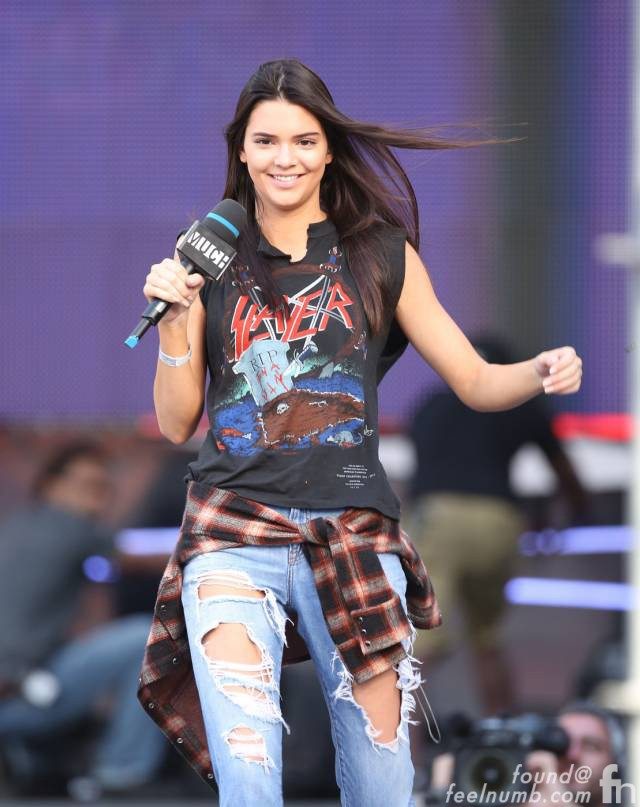 When Kendall Jenner (close enough to being a Kardashian) rocked this t-shirt, did she know the how much the band’s guitarist, Holt, loves the Kardashians? Yup. His favorite t-shirt says it all: Kill the Kardashians. I’m sure he meant the T.V. show, as in, take the show off the air, but… 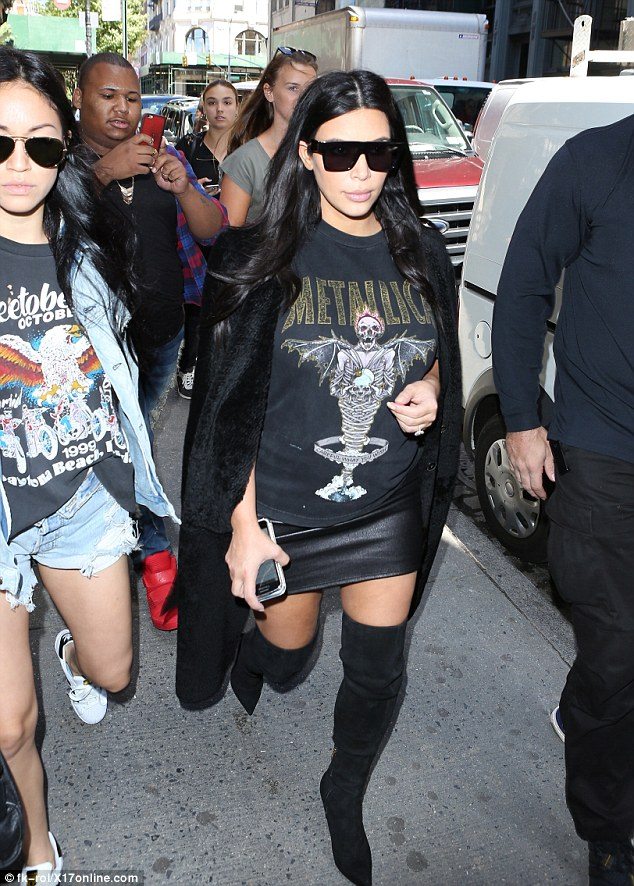 Maybe Kendall was just taking fashion cues from big sister, Kim? Maybe the Kardashian-Jenner crew is really a bunch of metal heads. If that were the case, it would sure make their relationship with Kanye weird. If you like this t-shirt, check out our blog on Metallica tees. 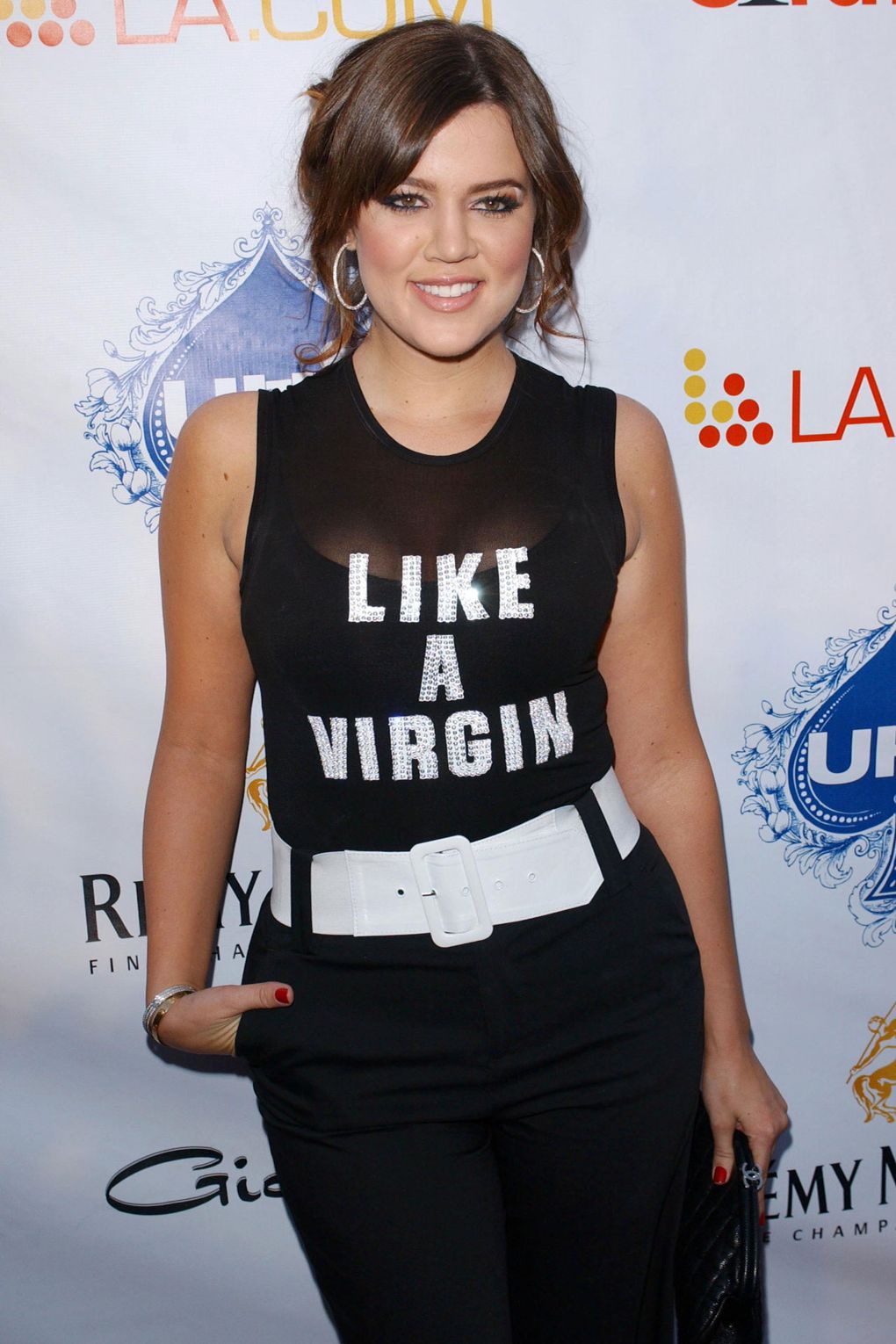 Normally, this would be none of our business, but we’re talking about the Kardashians… There are two ways you can interpret this shirt. The first is literal, in which case we take Khloé ironically. It’s cute.

The other way is in the Reservoir Dogs way, where Tarantino’s character hypothesizes that the lyrics of the famous song implied not an actual virgin, but a woman who suddenly felt like one because…

I don’t want to spoil it. You should rent the movie.

Kim – Green Is The New Black 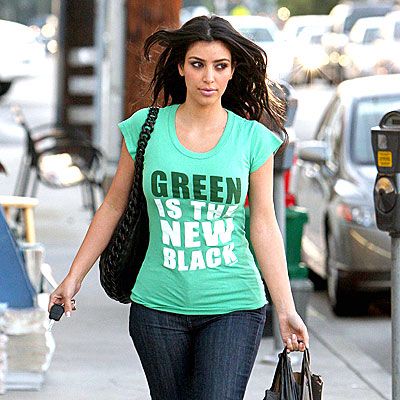 Yeah, maybe. We could argue all day long about which color is the new black for reals, but we all know there is no new black. There is black and that’s it. It goes with everything, even other shades of black. Try wearing a green tee like the one Kim has on here with red pants… only gonna work in December.

So, does that mean Kourtney hangs at the Cougar Lounge? The Cougar Lounge is a good place for young men to find older women who want younger men. Yes, that’s a thing. This young Kardashian has a few years before she’s eligible as a cougar. This is another case of the ironic t-shirt hour, yes? 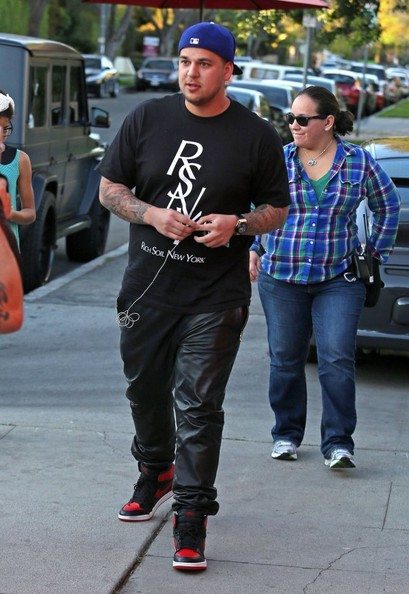 Rob’s not really the t-shirt sort, but one day he wore this. Of course, he had to wear leather pants with his RSNY tee. The RSNY brand is his sister, Khloe’s. We can only assume his donning a collarless shirt in support of her.

Kim – Obama Is My Homeboy 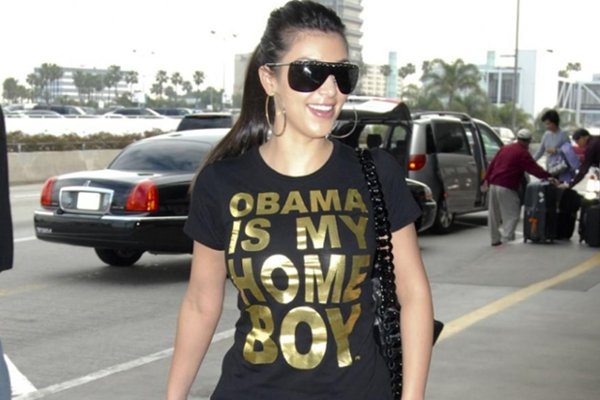 Unafraid to express her politics, Kim doesn’t just rock the normal DNC marketing for Obama, she made a custom tee to show her support. You have to wonder… was Obama out there somewhere with a gold-lettered t-shirt that read: KIM IS MY HOME GIRL? 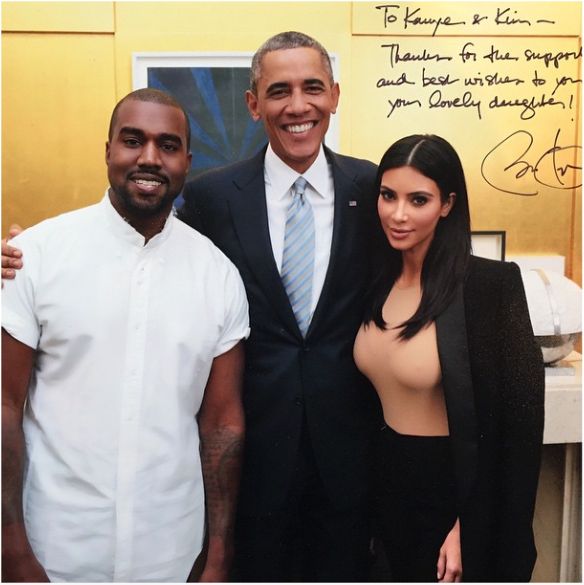