10 H1Z1 T-shirts You Need in a Zombie Apocalypse

I received H1Z1 as a Steam gift from a friend last year and played it for a bit. I always loved survival zombie games and this one looked rather promising.

At first we had lots of fun playing on a PvE server but once we moved to a PvP server everything went south. We managed to secure a location, build some wall and even a watchtower so things were looking good for us. That’s until we killed some random dude during a supply run. We didn’t even noticed him until he started shooting at us. Anyway this guy started cursing us and saying we’ll regret killing him and stuff like that. Half an hour later he appears at our base together with 10 of his friends and they start destroying eveything we’ve built. I can understand the thirst for revenge but these guys were f**king cheaters. They glitched through our wall and insta killed everyone in their path. Normally we issued a report for cheating but never heard back from the developers. From what I’ve read H1Z1 doesn’t have any kind of anti-cheat system, they just manually ban people based on reports. And that was the last time I played H1Z1.

Don’t get me wrong, I didn’t rage quit, I just rather play a game without having to worry a cheater will come and destroy everything I’ve worked for. I kept a close eye on the game for the past year and it seems issued like this and lots of other bugs still haven’t been resolved. Developer Daybreak seems to care more about H1Z1’s mode Battle Royale that it’s main mod, the survival aspect of H1Z1. Oh and the game has been split into 2 separate games, H1Z1 Just Survive, for fans of zombie survival games like myself and H1Z1 King of the Kill, a massive deathmatch arena that pits together players against each other with a single rule, only one can survive. Both of these games are still in Early Access and Daybreak still charges people $19.99 for each game, even though they were supposed to be a single game, advertised a zombie survival game that will become free to play. 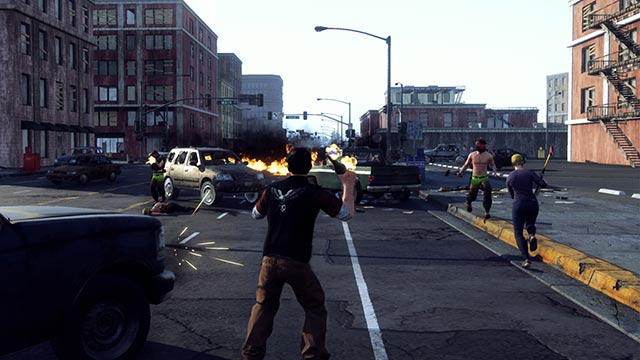 I admit I haven’t touched it for a year or so, so maybe things did change in H1Z1. I guess I’ll have to install it and give it another shot this weekend and return with an edit. Until then check out or selection of H1Z1 t-shirts and get one for you or a friend of yours.

King of the Kill H1Z1 T-Shirt

H1Z1 King of the Kill T-Shirt

King of the Hill T-Shirt