The Caped Crusader Returns (But He’s Always Been With Us)!

For many of us, our introduciton to Batman was the 1960s campy television show. For decades it was rerun on television, aimed mostly at a children’s market.

In the decades that followed, Batman waxed and waned in popularity. From the huge success of Tim Burton’s Batman films, to the embarrassment of Joel Schumacher. From Christopher Nolans’s acclaimed Dark Knight Trilogy to… Ben Affleck. Sigh.

With each incarnation of The Caped Cusader, there always remained an interest in the Adam West and Burt Ward version. When TV shows began being released on DVD (or heck, even as far back as video), people hoped they would see the classic Batman series. And though they seemed to release every show ever created, Batman was not among them. Rumor had it that Warner Brothers did not was the Dark Knight’s image tarnished by the silly sixties show. (It was more about rights, but sure that was part of it.)

But like Batman’s rogue gallery, the old series continued to pop up on cable stations. And Adam, Burt and Julie Newmar were all over comic conventions. Eventually, what was now lovingly called Batman ’66 was licensed for merchandise. They produced everything from action figures to prop replicas to slot machines. (And, of course, T-Shirts.)

Along with that came a fantastic Batman ’66 comic book. Taking the classic series and telling new stories. Some with forgotten (and perhaps corney) villains, and some taking on classic villains who never made it into the series. One comic was based on a script by Harlan Ellison which was supposed to introduce Two Face.

And then… finally… in 2014, the series was release on DVD and Blu-ray (with a really awesome boxed-set). One would think that would conclude the story of classic Batman, but wait, there’s more! This fall, Warner Brothers is releasing a direct to DVD animated feature: Batman: Return of the Caped Crusader. Adam West and Burt Ward have returned to play the voices of Batman and The Boy Wonder. Looks like our heroes are once again taking on the fearful foursome of The Joker, Penguin, Riddler at Catwoman (voiced by Catwoman #1, Julie Newmar).

After the Dark Knight Trilogy and the even darker Batman vs. Superman, it’s great to see a lighter Batman. The amazing thing about the character is that he can fit into any form from high camp to nitty gritty. But it’s been too long since we’ve seen fun Batman (unless you count the short lived Brave and the Bold series on Cartoon Network). And as much as many of us like the dark stuff, we’re happy to see some levity in Gotham City.

The iconic and colorful Batman & Robin may seem to many like a thing of the past, but time has proven that they’ll be around for some time—It’s already been over 50 years since Adam West’s Batman Pow and Zapped into action.

Here’s some fun Batman & Robin t-shirts through the ages:

This Is How I Roll

And one not so fun, but still classic:

death in the family T-Shirt

The stuff memes are made of:

And of course, they are often imitated:

Adventure is Out There

These shirts should help you have a great Bat-time!

Threadless "God Save The Villain" The Joker Vs. Queen tshirt 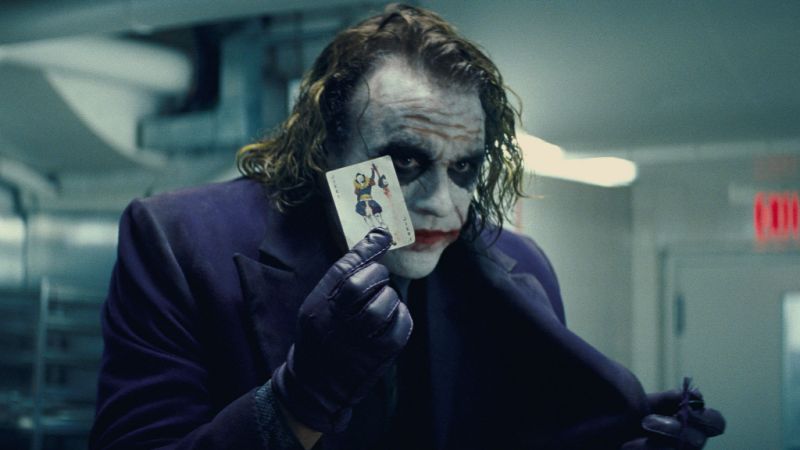 17 Joker T-Shirts That Embrace the Chaos Within