It’s easy to spot a brand with a mission that truly defines them for what they are. While prepping for this interview, I believe I said to myself a couple of times that I need to work out more. Kassidy and My Fitness Hub Apparel are making some great t-shirts that motivate you to get fit. This is a new interview with a brand owner, here on TeeHunter, enjoy! 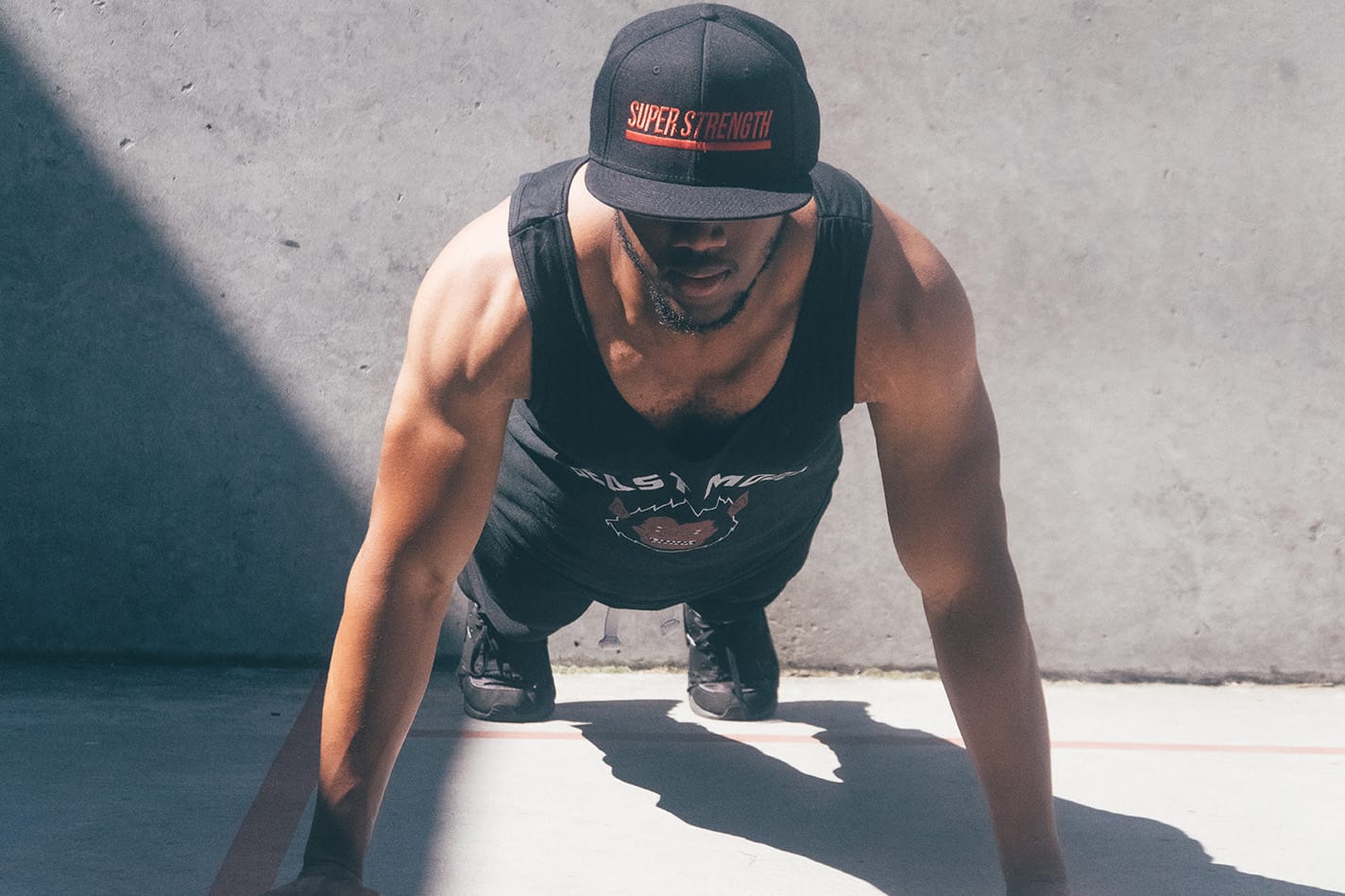 Where are you from?

I was born in Guinea, but I moved to New York City when I was 3 years old. I currently live in New Jersey.

How old are you?

Where can we find you online? 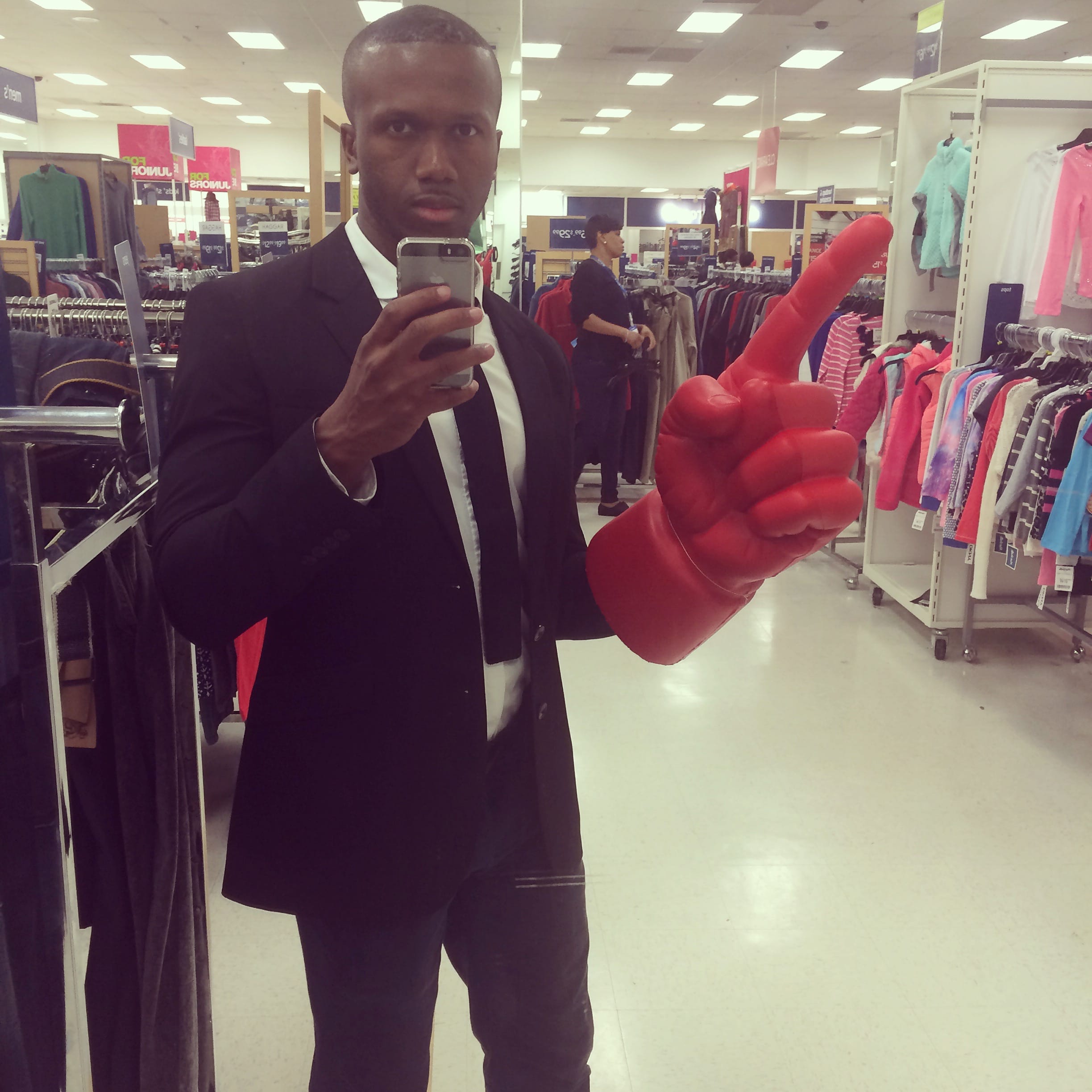 How did you first get into the t-shirt business?

I’ve been an artist since I was a little kid. The first thing I remember drawing was a monster from Maurice Sendak’s book “Where the Wild Things Are.”  I was in Kindergarten and when I showed it to my class, everyone was like “Woah! Oh my God! How did you do that?” Since then, I was always the class artist, and the other kids would ask me to draw things for them.

Sometimes they would look at the hundreds of pages in my sketchbook, and say, “Wow, you must be really bored.” And I’d be like, “Bored? This is what I do for fun!” I would spend hours and hours doodling in my sketchbook or drawing on random pieces of paper.

When I was in high school in the early 2000s, airbrushed t-shirts were really popular. You’d see people wear them everywhere, from beach boardwalks to city streets. Rappers and singers wore them in their music videos. I was fascinated by the idea of putting art on t-shirts, so I decided to take a stab at making my own. I couldn’t afford an airbrush, so I used PrismaColor paint markers instead. At first, I just did it for fun, but eventually, people wanted to buy them. They wanted pictures of their favorite celebrities, friends, and cartoon characters. I was a quiet kid, but my art helped me socialize.

In my senior year, my parents went away to Germany for work. Prom was coming up, I didn’t have a job, and I didn’t know how I was going to pay for it. I didn’t want to ask my parents, so I stayed on the grind and sold my custom marker t-shirts. One of the teachers commissioned me to paint 30 t-shirts for a bowling party. I had a lot of fun doing them, my skills got better, and in the end, I was able to get enough pay for prom ticket, limo, and tux. 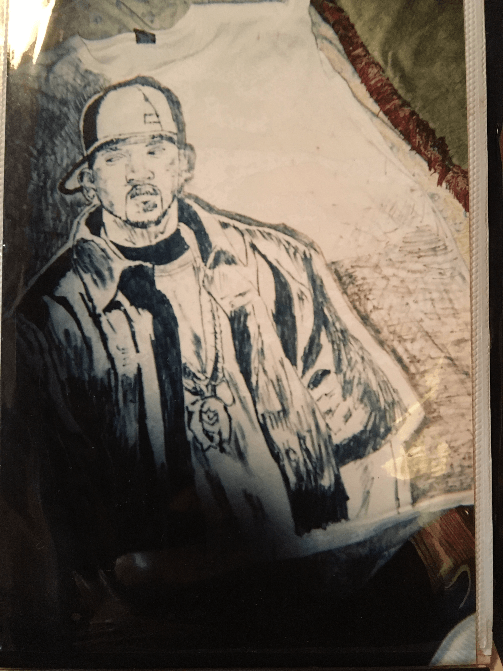 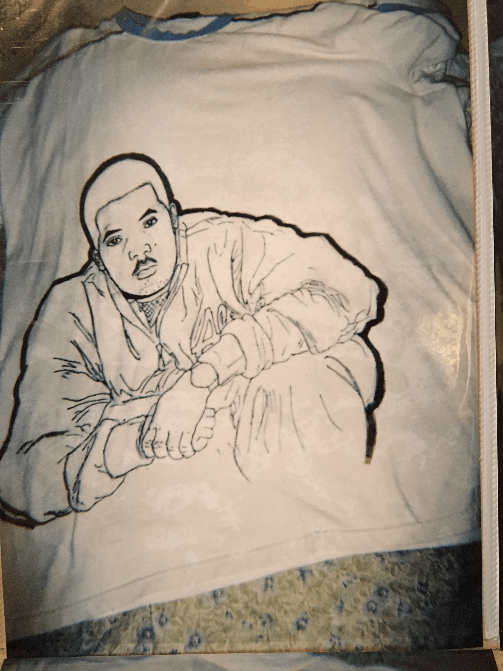 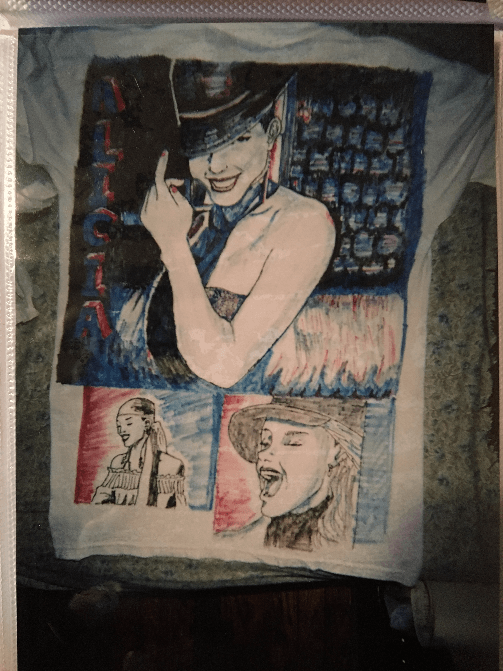 What ticked you to start a t-shirt business, what was the first impulse?

Growing up, I was obsessed with cartoons and comic books. My brothers and I would watch Saturday morning cartoons, while eating sugary breakfast cereals. Pencil and paper in hand, we’d draw what we saw on TV and eventually created our own comic book characters.

Years later, I became a graphic designer/ illustrator. I made logos, websites, and t-shirts for other businesses (mostly upcoming t-shirt brands). Then I decided it was time to start my own clothing line.

Do you design the t-shirts yourself, if yes, please tell us how you got into design?

I design most of the t-shirts myself. I went to school for graphic design and illustration. In grammar school and high school, I was in the Artistically Talented Class, where we did mostly traditional drawing and painting. In college, I discovered PhotoShop and I was hooked. I majored in graphic design, but later switched to illustration, because I enjoyed drawing more.

Any early days stories, photos or photoshoots that you ran, where you first started (in your apartment, a warehouse, etc). As long as you want the answer to be.

Aesthetic Mindz is actually still in the early days. But it was an idea that was stirring in my mind for years, but never developed until this year. Like I said before, I was obsessed with action cartoons, comic books, anime, and video games. I would look at characters like Wolverine, Superman and Goku, and think to myself, “I want to be like that!” I wanted to bigger, stronger, faster. I was a skinny kid, but these larger than life heroes were  my motivation to lift weights.

In my senior year of high school, I started visiting bodybuilding websites and watching workout videos. I was already an avid reader, so I thought, “If I’m gonna read, it should be something related to fitness.” I read every bodybuilding ebook and magazine I could get my hands on. Then I’d go to the gym and apply what I learned. Supersets, Dropsets, Progressive Overload. I discovered a whole new world. I also started drinking protein powders and weight gainer shakes. My parents were worried because they thought it had steroids in it.

After a few years of pumping iron and eating like a madman, I went from scrawny to brawny, and completely changed my physique. I became a fit nerd… like Bruce Banner becoming the Incredible Hulk. Or Peter Parker turning into Spider Man. My confidence went through the roof and I became more social. Friends and strangers kept asking me for workout tips, so I soon became a personal trainer so I could help other people get fit. 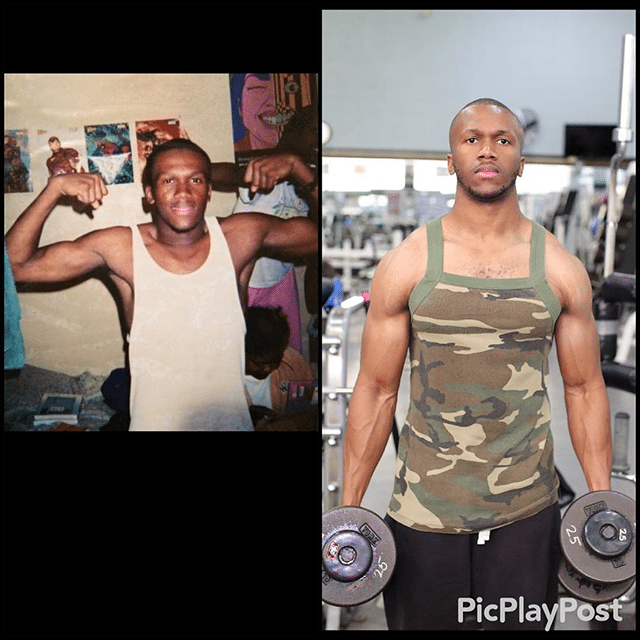 Over time, I found out that most hard core gym rats were into the same geek stuff I was into. Their workout journeys were also inspired by Dragon Ball Z, X-Men, Street Fighter, and Batman. And most of them aren’t the stereotypical “dumb jocks” either. Some of them are artists, computer programmers, math geniuses. It made me realize, people will put labels on you, but you don’t have to let the label define you.

Tell us a bit about your process when you’re launching a new t-shirt? From idea to sold!

I’m always coming up with new ideas every day. I usually jot down a list of different ideas that pop into my head, no matter how crazy. I usually have about ten tabs open on Google Chrome to brainstorm and look at references. Next, I make a few rough thumbnail sketches. I pick the best one, and then make a few more versions of the sketch. Then I pick the best new sketch and make it more detailed. Then I scan it (or take a picture and upload it to DropBox). Finally, I color and vectorize the drawing in Illustrator and PhotoShop. 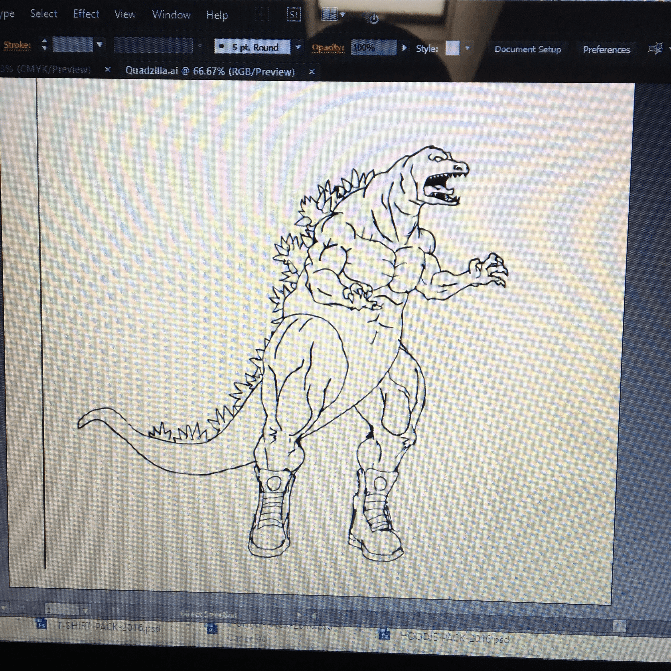 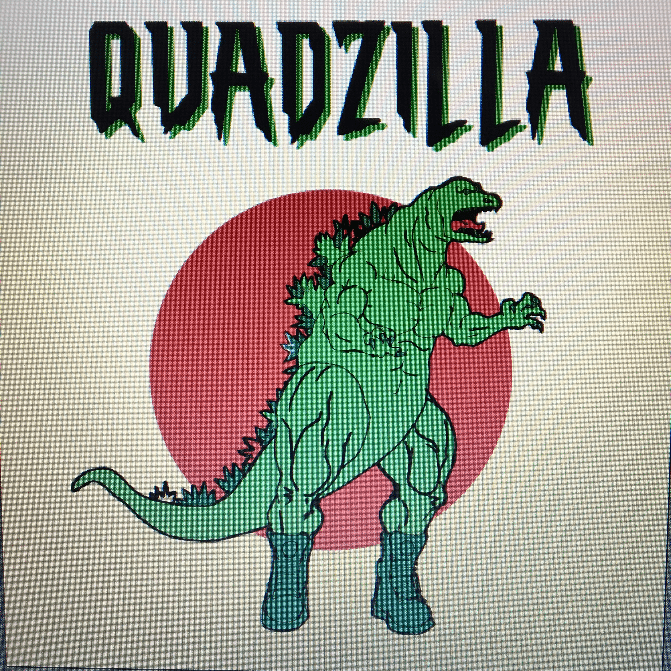 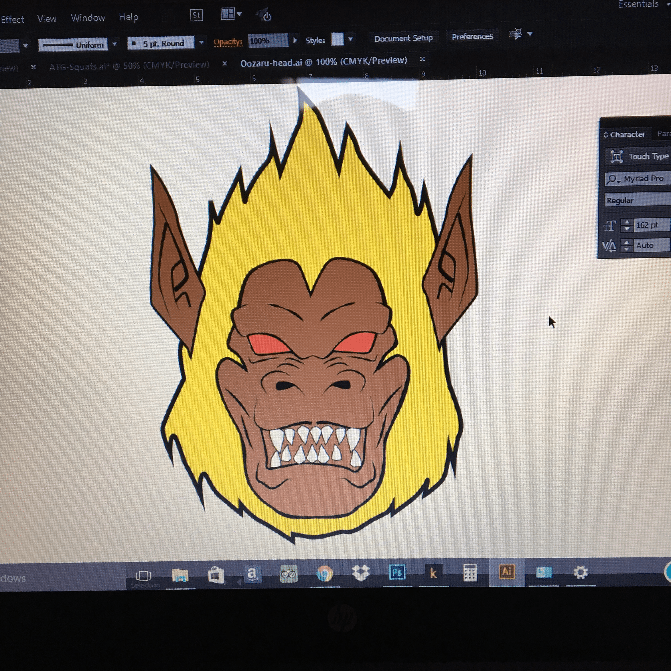 Shopify is my favorite. Big Cartel is more affordable and user-friendly. But Shopify has more features and great apps.

Favorite piece of t-shirt you ever sold?

The Beast Mode t-shirt is my favorite. It’s a constant reminder to be aggressive in the gym, and unleash your inner animal.

Equipment you currently work on?

People are going to love this section, tell us all about your specs, tables, wacoms, Macs etc.

Nothing fancy. I work on an HP Pavilion laptop with 6.00 GB RAM and a 64-bit operating system. I use PhotoShop and Illustrator for the final design, but I always start with good ol’ pencil and paper. I believe inspiration comes from the artist, not the tools.

Tell us a t-shirt business you’re looking up to, we all have a milestone?

I look up to brands like Johnny Cupcakes, Crooks n Castles, and Mishka for having a signature look and catering to their niche. I hope to one day open my own brick and mortar shop that looks like a gym. I might even open an actual gym too.

What can our readership expect to see next from Aesthetic Mindz?

Check them out at AestheticMindz.com

This Earth Day, Buy a Tee and Plant a Tree!