16 Legendary How I Met Your Mother T-Shirts

Between those friends in New York and those nerds in Pasadena, network sitcoms are not all too uncommon, and more often these days, newer (and crappier) ones are actually expected to appear every fall.  But somehow, How I Met Your Mother struck a cord with audiences to stick around for nine seasons.  From its witty dialogue to its omniscient narration, CBS found itself with an instant classic, charming both guys and ladies, distinguished critics and ordinary people, older baby boomers and younger millennials.  Despite a controversial (and personally infuriating) ending, the series will go down in history with the greats. 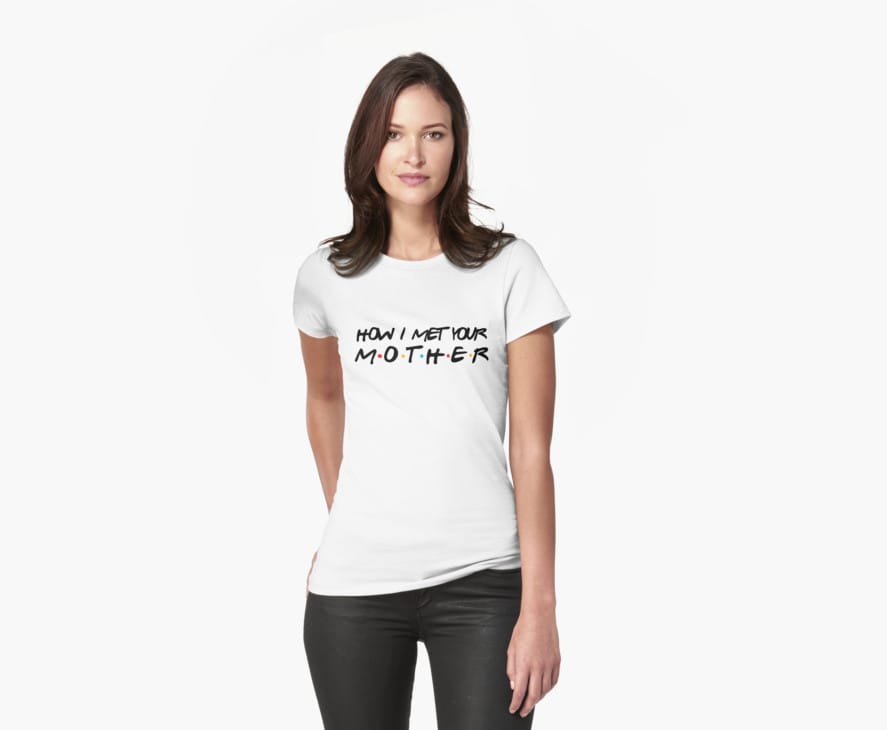 Obviously HIMYM is great, but I don’t need to convince you.  You’re already here.  Right now, I bet you’re actually doubting my legitimacy.  And you probably don’t think I can fit fifteen more shirts in this article, do you?  Well then, challenge accepted. 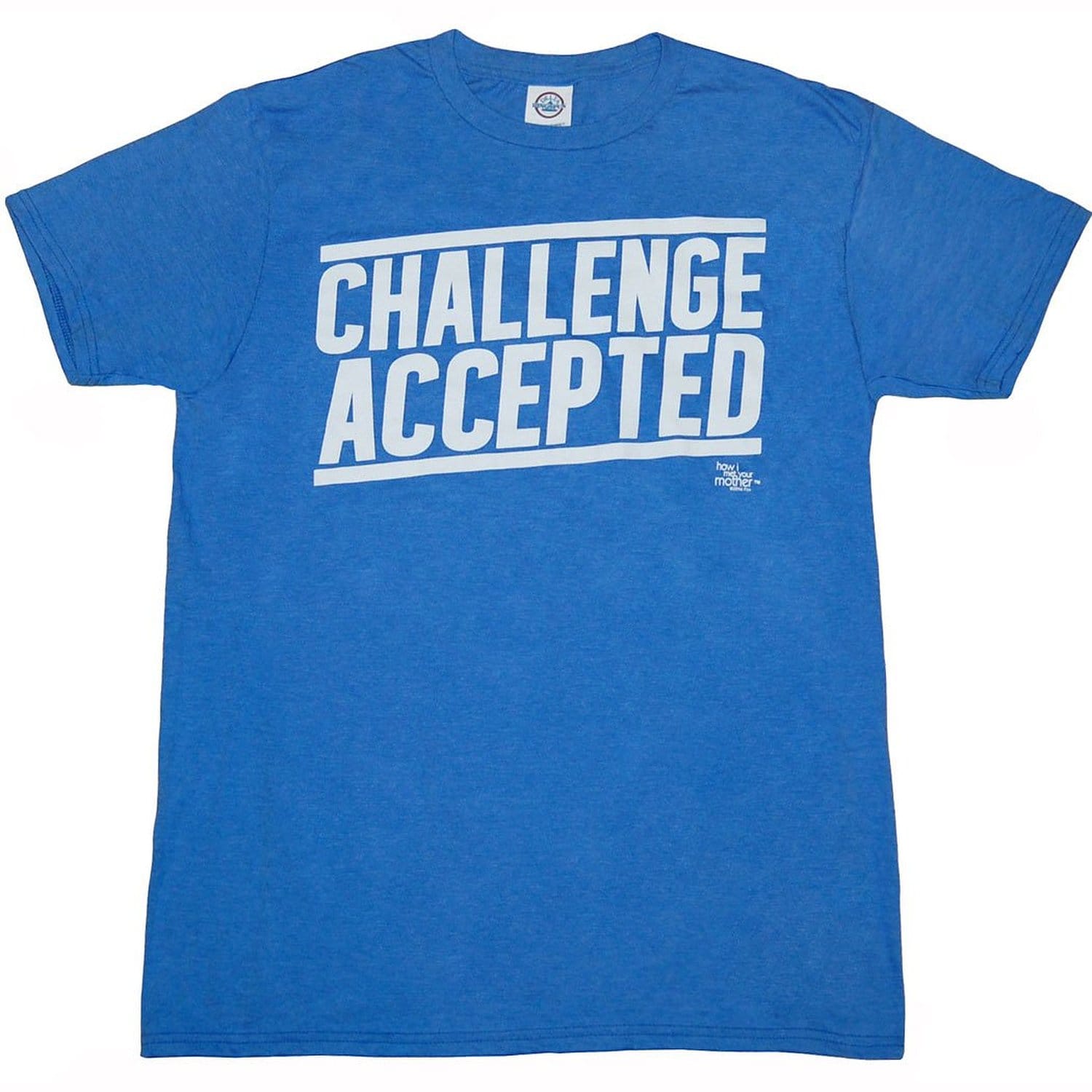 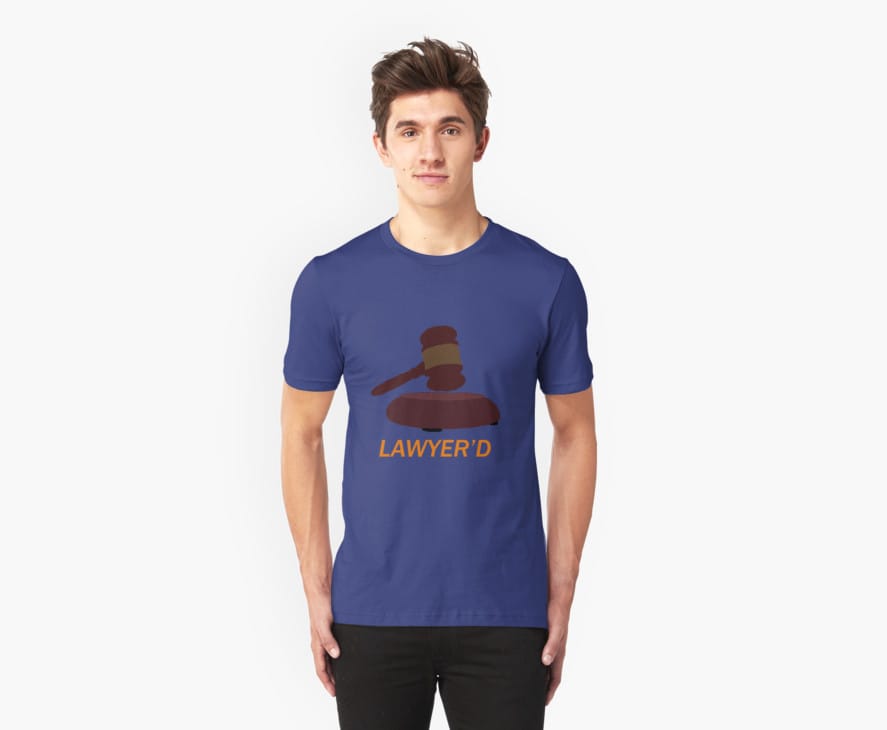 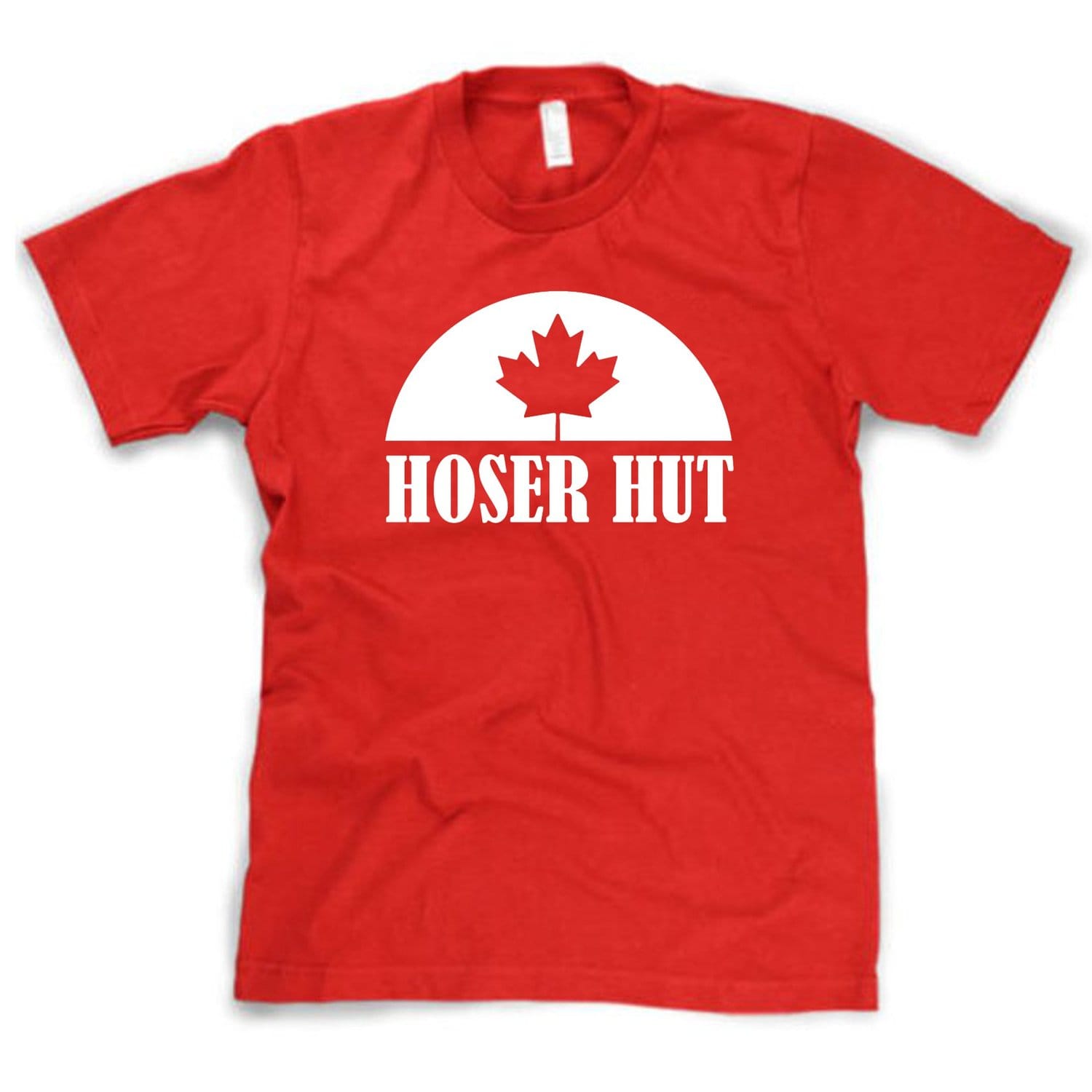 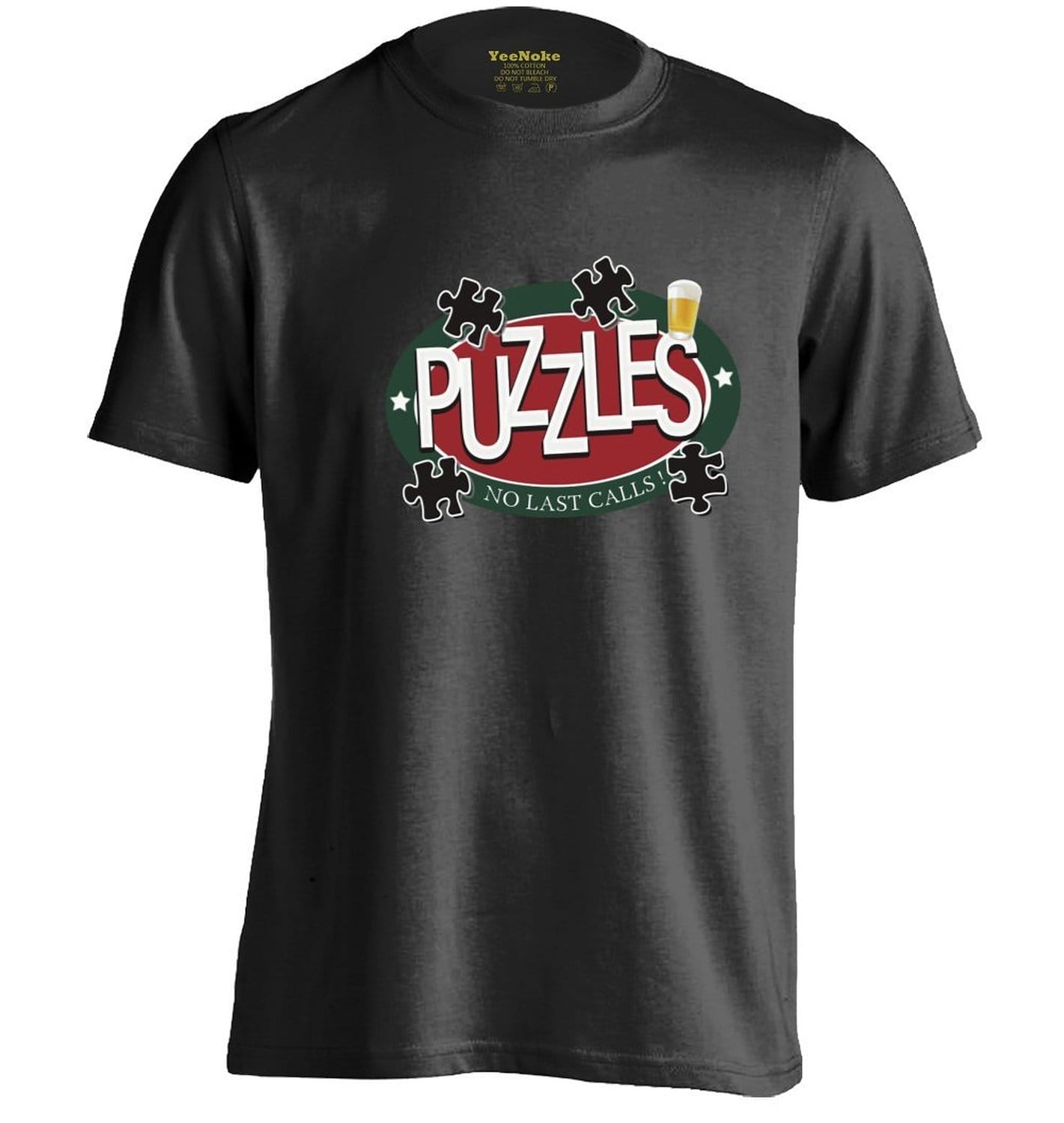 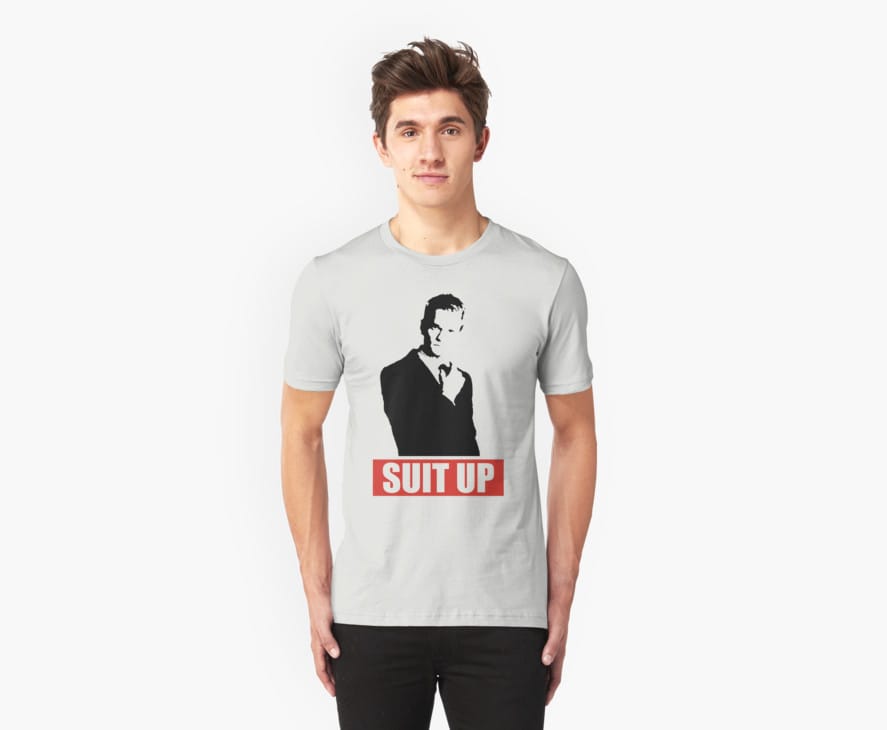 What once used to be an old, yellow umbrella is now a symbol of destiny. 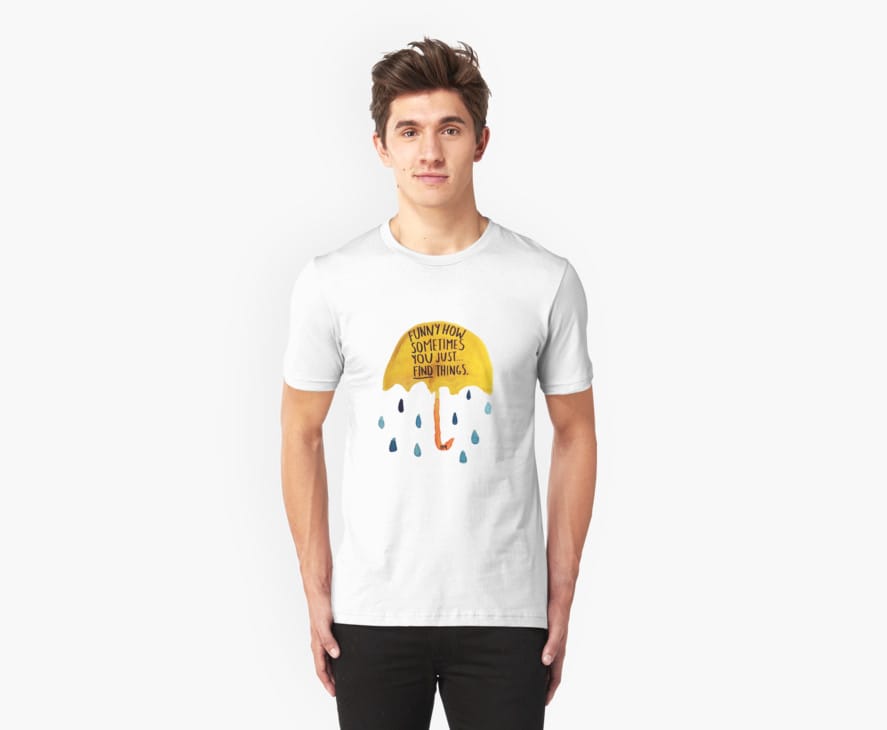 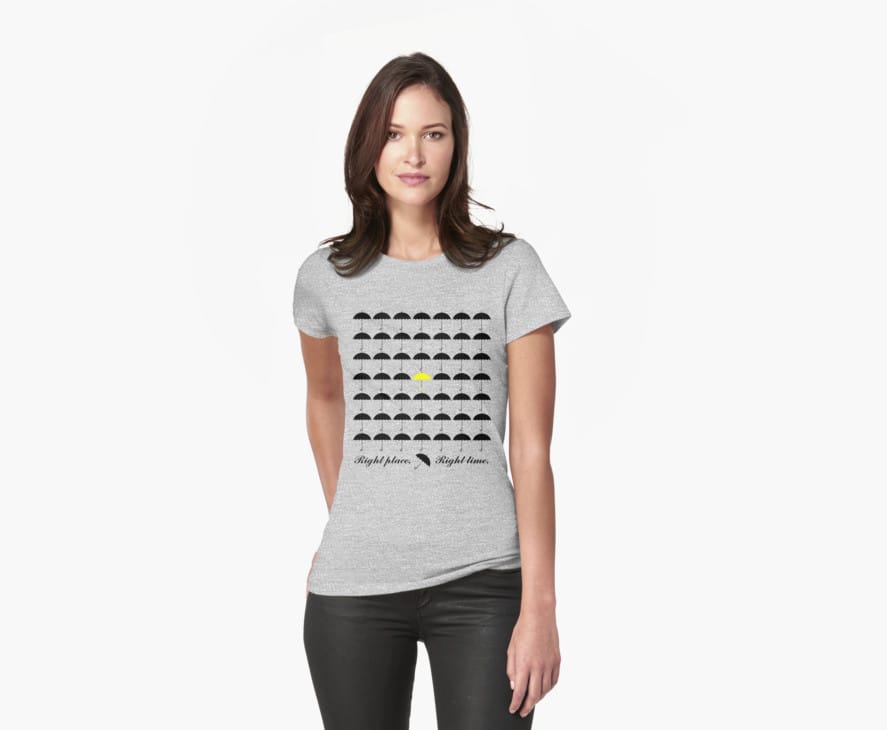 And the series has transformed a blue French horn into a gesture of love. 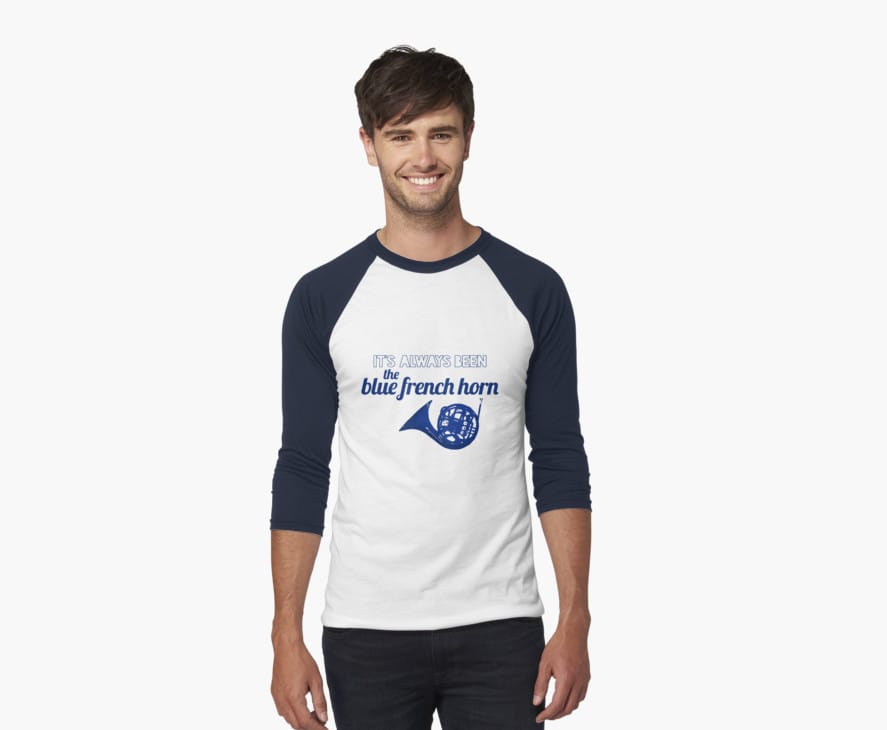 Together, they form a yin and yang of fate and romance. 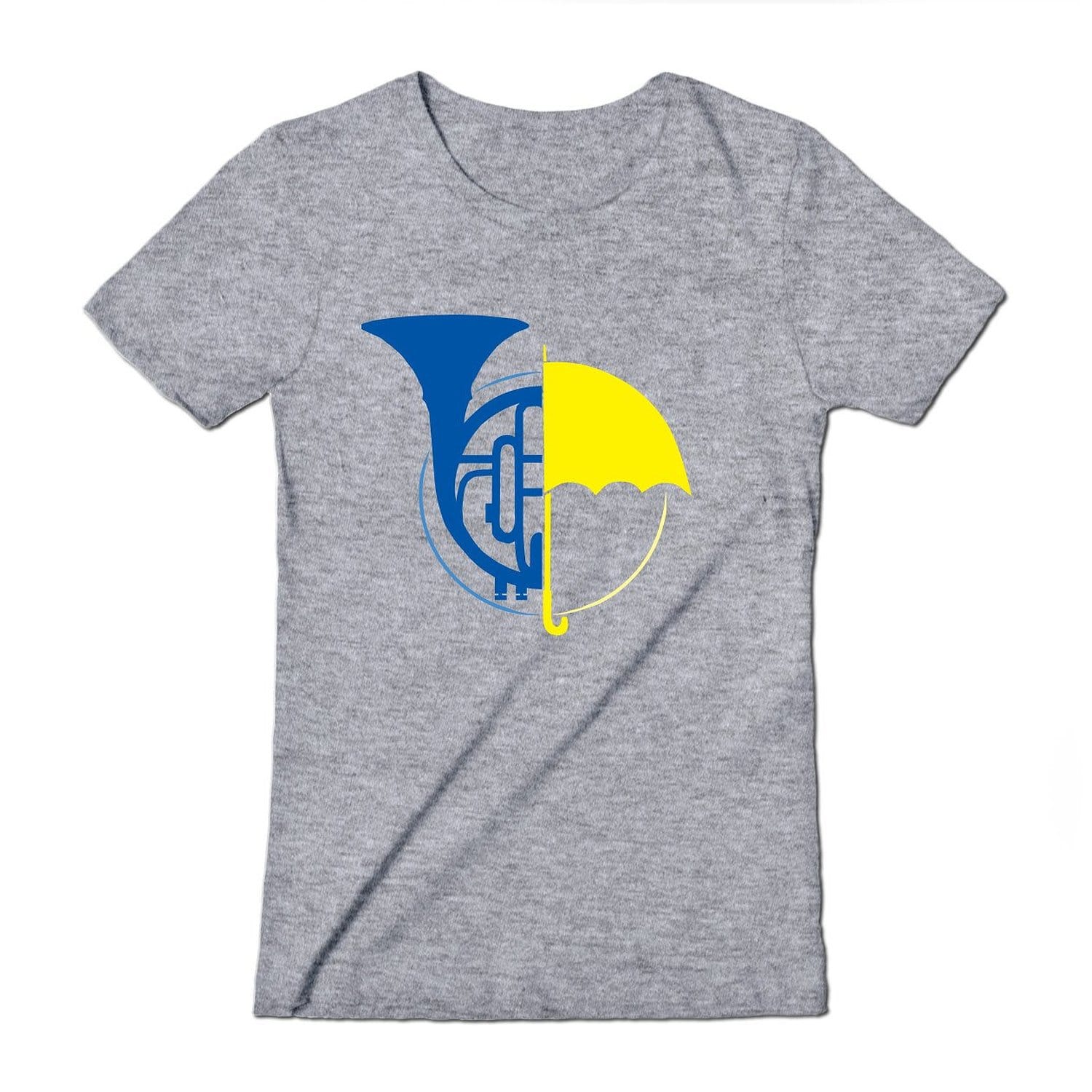 The show has revolutionized the dating scene everywhere with the fabled Playbook.  A man with those sorts of plays is incredibly dangerous; between complex reverse psychology and convoluted preparatory measures, he can make James Bond look like a high school virgin.  His options range from the Naked Man 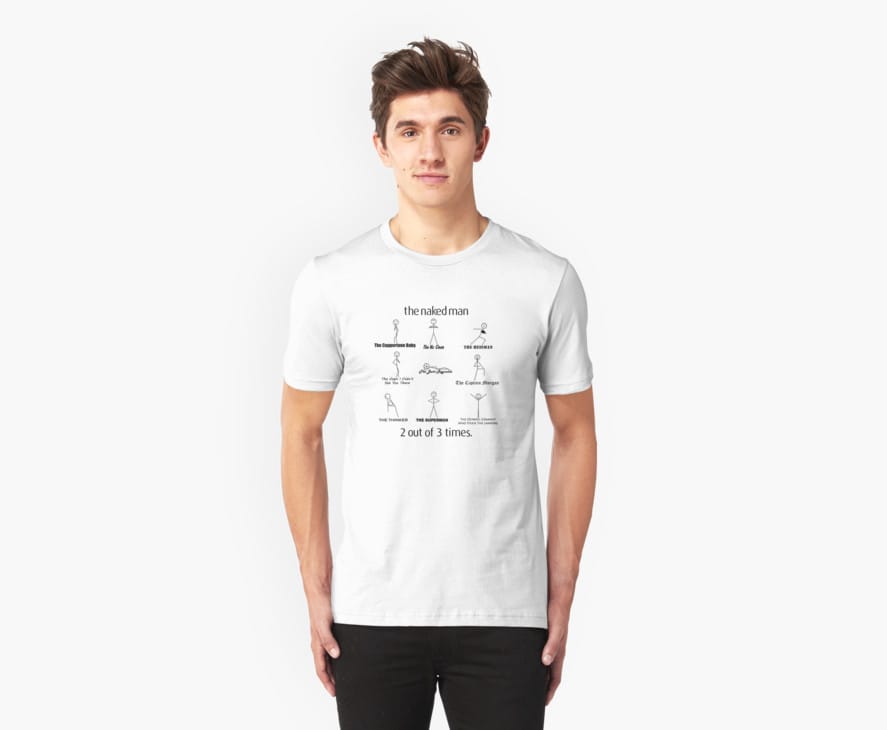 to the much more advanced Robin 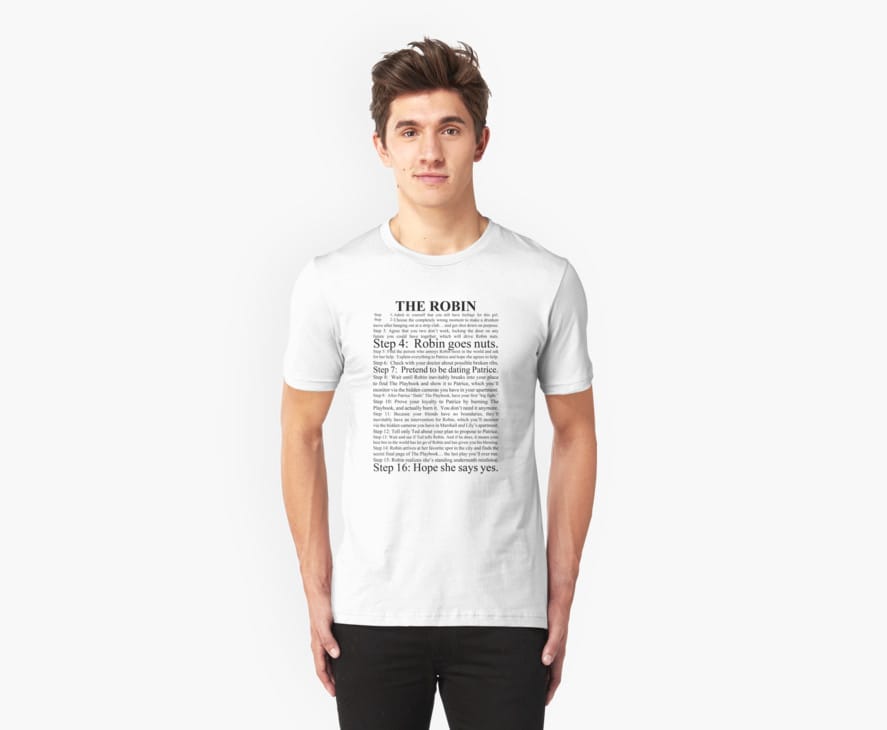 and everything in between.  However, you should be warned: some plays can result in extreme jealousy. 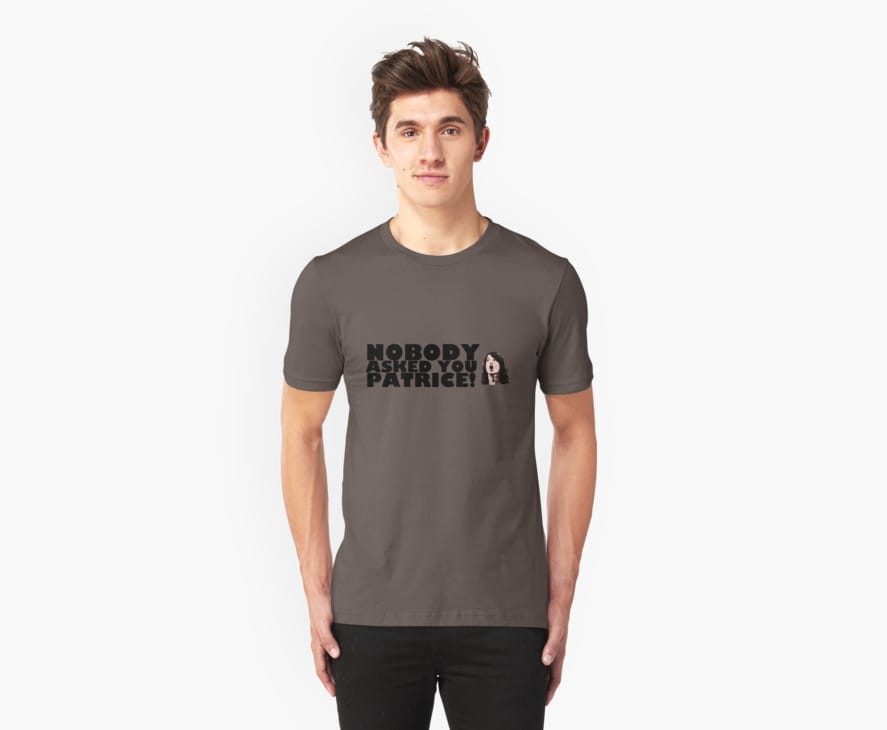 But one thing is for sure: Just like Greek gods and “Bohemian Rhapsody,” How I Met Your Mother will always be remembered as legen… wait for it… dary! 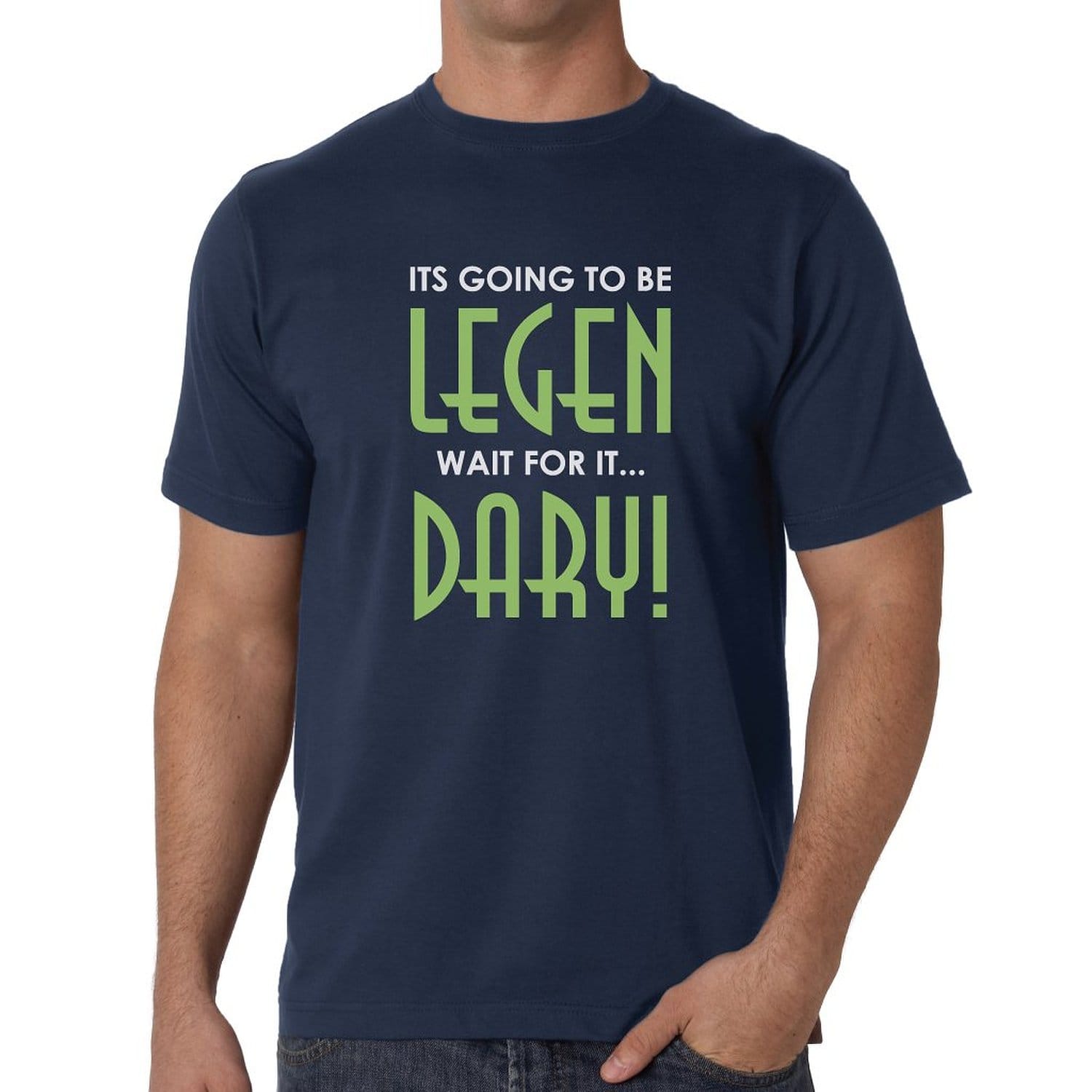 And you thought I couldn’t do it.  Well there are all sixteen shirts for you, covering one of the most humorous and memorable sitcoms on TV.

And guess what?  I’ll thrown in a final bonus shirt on one condition…  I would like to formally request the highest of fives! 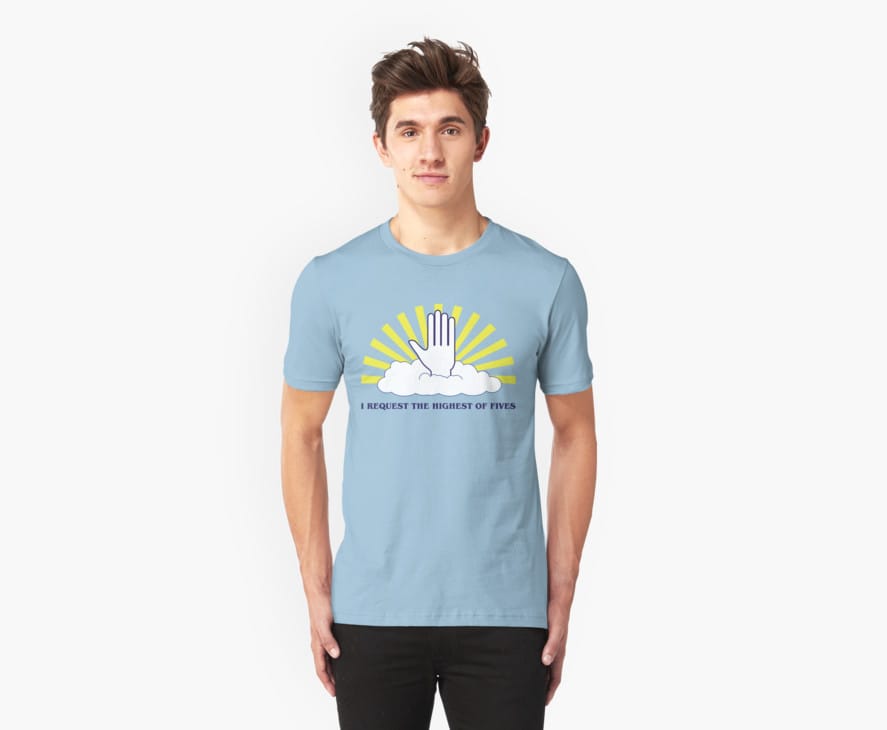