One of very few television programs that makes Las Vegas look appealing beyond the gambling and hookers, Pawn Stars is one of the hottest shows out there.  It has made celebrities out of real people, and their family business is still going strong.

Despite a minor brush with a drug scandal (oh wow marijuana and meth, couldn’t believe anyone in Vegas does drugs), Chumlee and Richard, Rick, and Corey Harrison all seem to be pretty good guys on the History Channel hit.  They aren’t fake, and they aren’t brainless.  Between strong business managers to lively shop employees, sometimes reality TV actually can dig up a couple diamonds in the rough.

And speaking of hidden gems, we’ve got to give a round of applause to the one and only Austin Lee Russell! 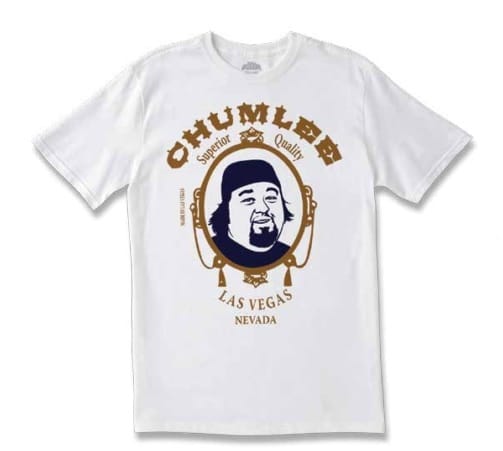 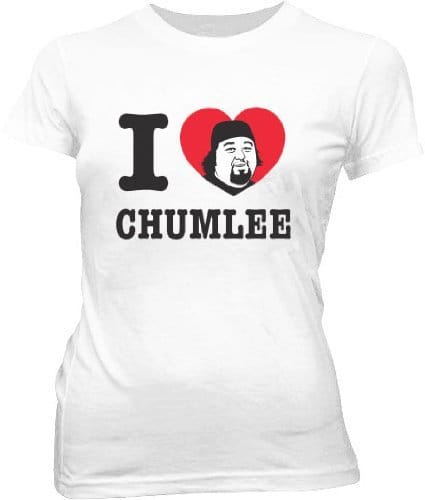 Obviously better known by his affectionate nickname Chumlee, he breathes some hope into an industry oppressed under the Kardashian reign. 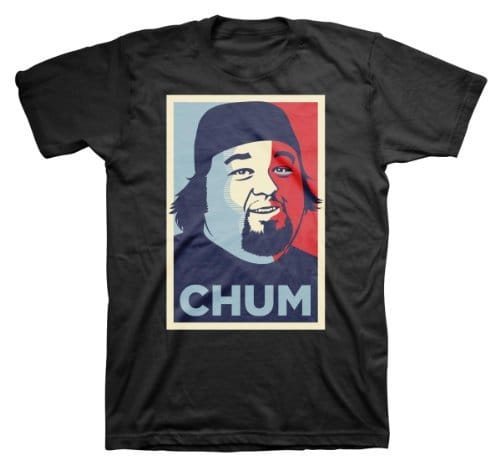 An unlikely star, he became a hit with viewers overnight with his eccentric personality and unique style. 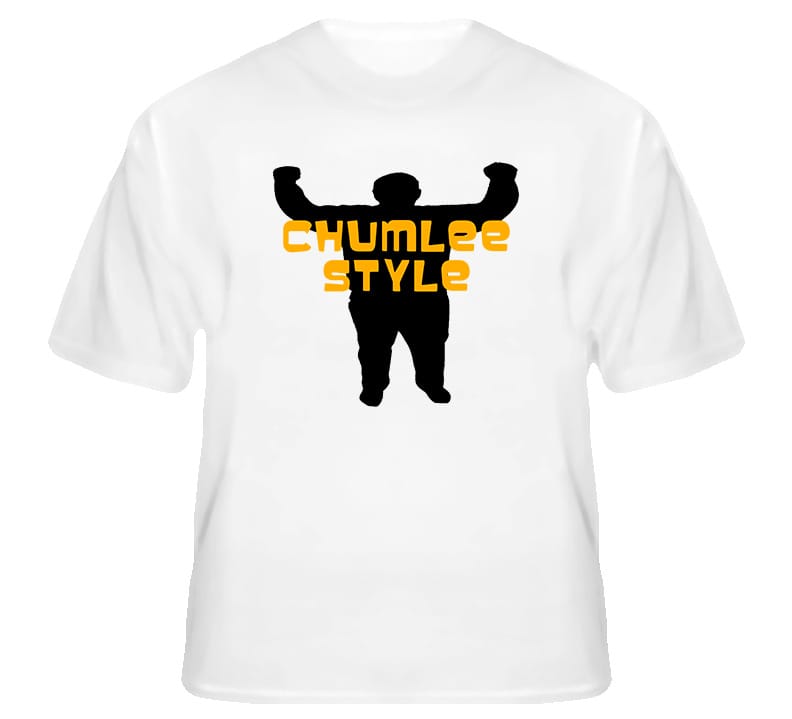 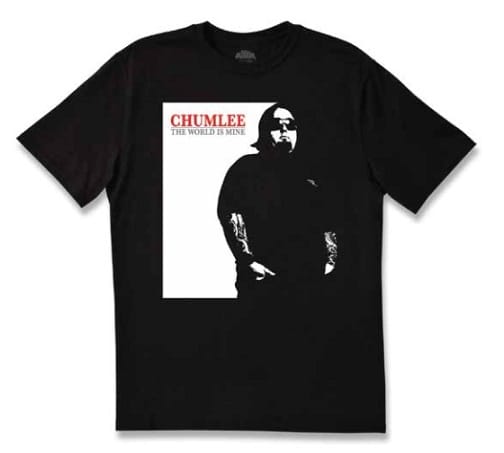 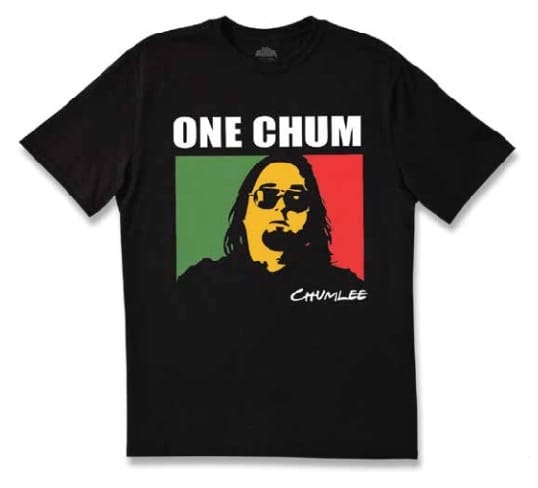 fans can see a little bit of everyone in the wonderful, the fabulous Chumlee! 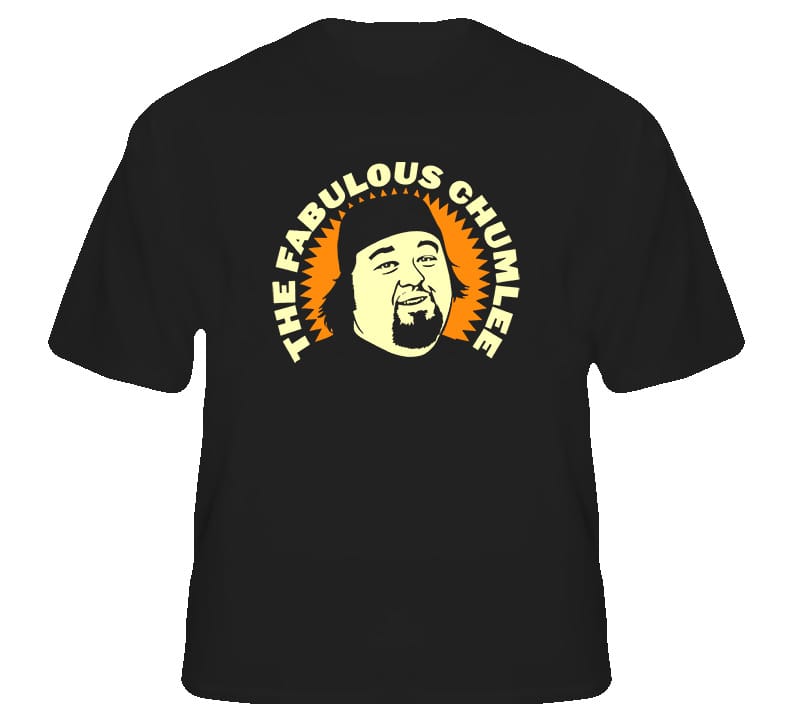 But he isn’t the only one running the show.  It takes more than a single guy to turn a pawn shop into an entertainment franchise!  In fact, it takes four. 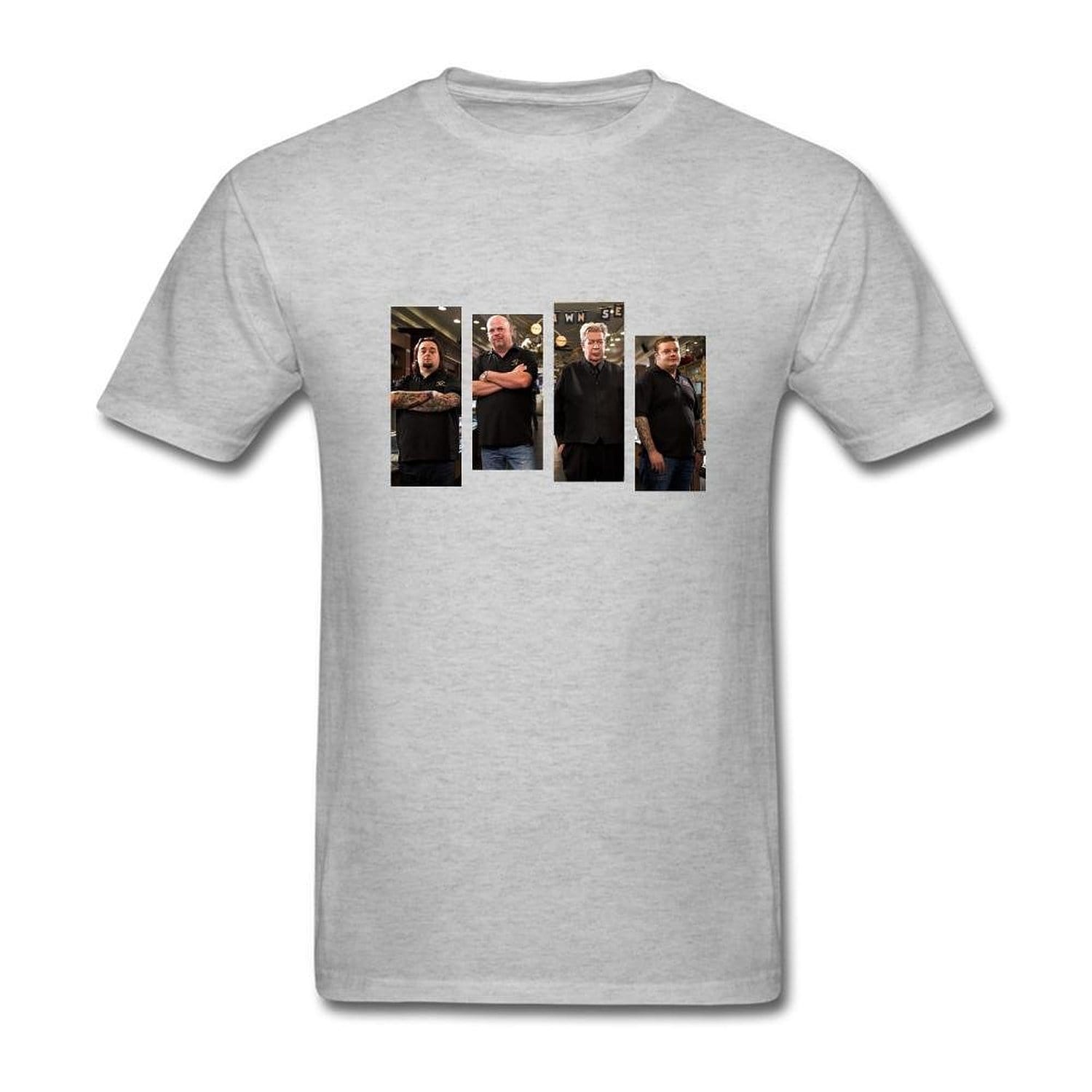 And finally they have hit it big!  With a store brand and show name known around the world, these men are certifiable VIPs. 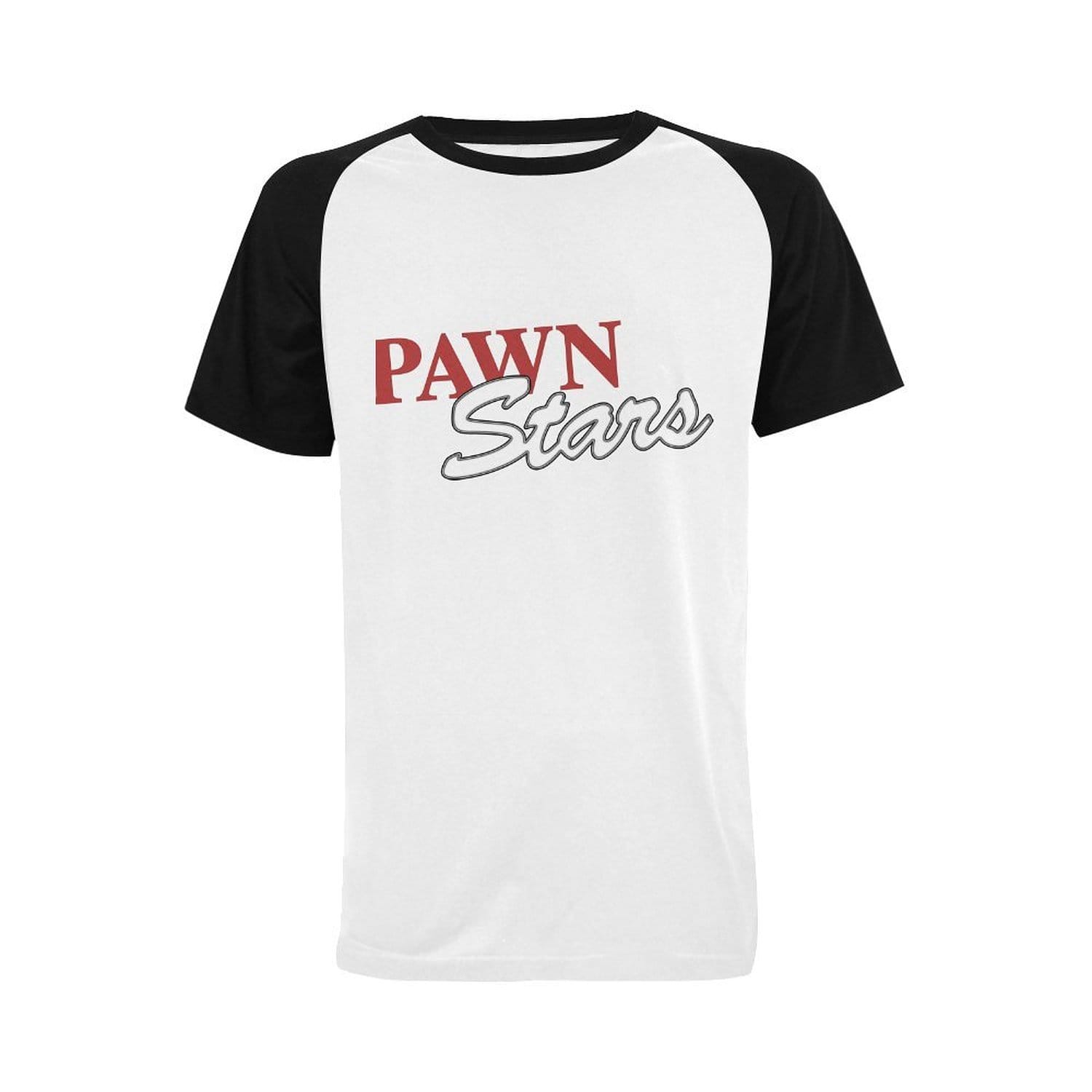 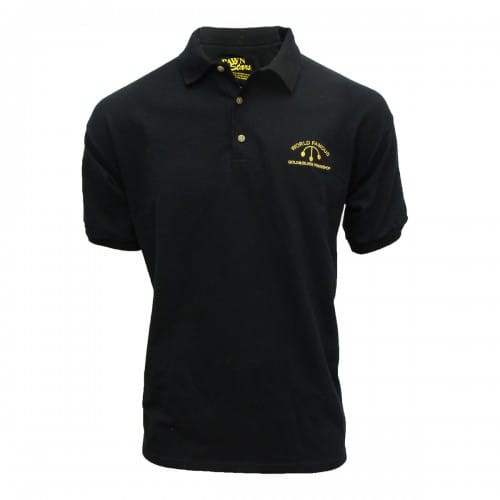 Now they may be the latest, but they sure aren’t the first suckas to try and get rich off of dealing junk. 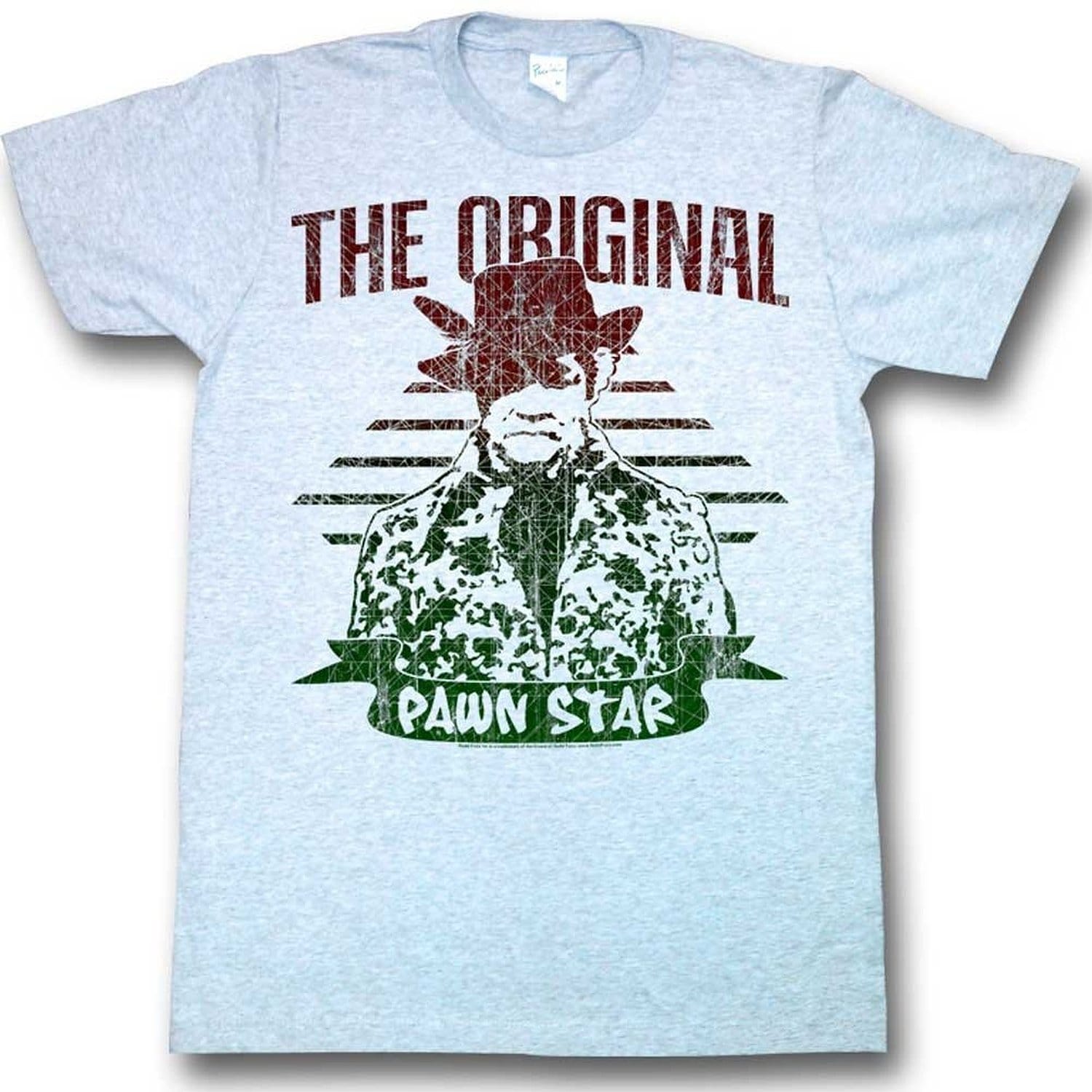 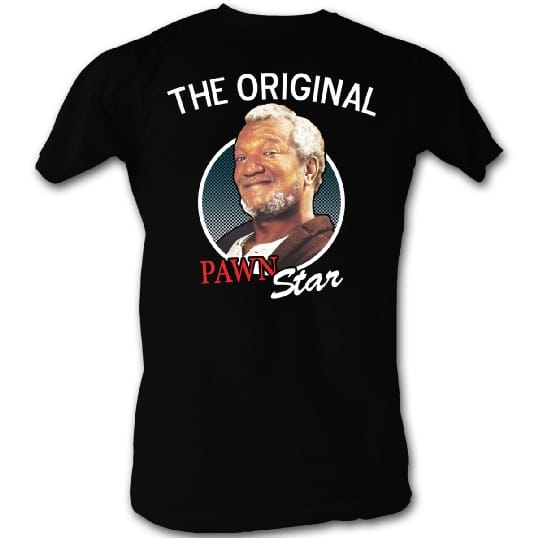 Redd Foxx paved the way, and the guys at Pawn Stars have picked up the baton and started struttin’ their stuff.  Get out there, and go hunting with some more world-class t-shirts!