Harley Quinn Holds Her Own — In Movies and on T-Shirts

Suicide Squad hasn’t even been released yet, and the news from Hollywood is that Warner Brothers is already planning to feature Harley Quinn in another movie. Though it is not a solo feature (honestly, we love her, but without some other members of the DC universe involved, I’d fear a Catwoman like bomb), the suspicion is that she will be in some type of adaptation of Birds of Prey. I could see Harely Quinn being the villain in a Birds of Prey movie, can’t you? (Unless, after Suicide Squad, they opt to make her an antihero, which she has become in the comics. But where would the fun be in that!)

Is there possibly somebody out there who doesn’t know who Harley Quinn is? Well, just in case, a quick recap. Harley Quinn started out as Dr. Harleen Frances Quinzel, M.D, a shrink at Arkham Asylum. She ends up falling in love with one of her patients, The Joker, and takes on the Harley Quinn persona to become his accomplice. She’s known for wielding a giant hammer, pop gun and being quite acrobatic. She and The Joker have a romantic relationship that’s best described as “It’s complicated.” Or perhaps, “It’s psychotic.”

Not only has the character of Harley Quinn amazed me, but so has her rise to popularity. To think, she was created for Batman the Animated Series. Her character then showed up in the comic adaptations of the animated series. Eventually, she spilled over into the cannon of the regular Batman comics. Many specials were devoted to her, and eventually she got her own book.

Rumor has it that she was supposed to appear in the fifth installment of the 1990s Batman films. The plot for Batman Triumphant suggested making her character The Joker’s daughter out seeking revenge on Batman for her daddy. A few celebrity names come up when you research the film’s development. Many say Madonna was considered, while others say Courtney Love was pretty much a done deal. Probably for better, the film never saw the light of day.

And the less we say about the potential appearance of her on the short-lived Birds of Prey TV series, the better.

After all those false starts, the live action Harley Quinn has arrived in the form of Margot Robbie. Her version may have a little less make-up and traded her hammer in for a bat, but attitude-wise, she’s perfect.

She has certainly been the highlight of all the previews I’ve seen for Suicide Squad. Giving even Jared Leto’s Joker a run for his money. It will be tough to steal any scenes in a movie filled with scene stealing characters, but if they are already talking about putting Margot Robbie’s Harley Quinn into other movies, I’ll take that as a good sign.

So sit back, puddin’ and prepare for Harley Quinn to dominate the big screen.

This is far from the end… 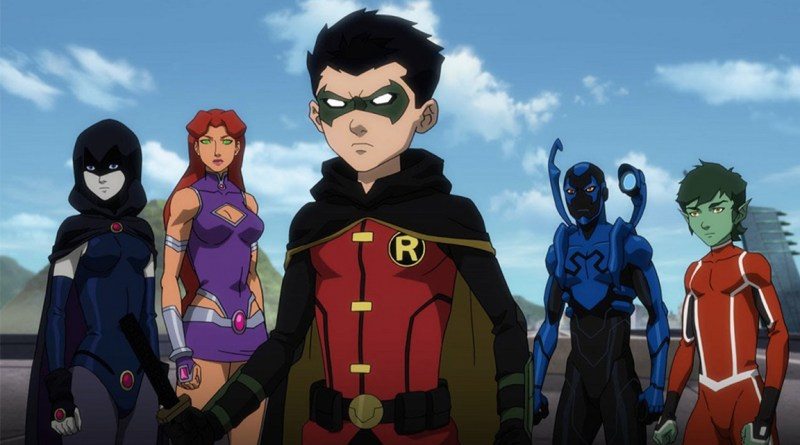 19 Teen Titan Shirts to Prepare You for The Judas Contract