We claim to be creative people, otherwise how could we bundle together all the great t-shirts that we find across the web? We found Tom on Neatoshop’s group on Facebook, oh that place is packed with great t-shirt artists, except in our case Tom also designs beer cans. You’ll see what I mean, let the interview begin!

Who are you?
My name is Tom Ryan, and I am an Artist, Freelance designer, and full time geek. I am 35 and a child of the 80’s. so I grew up with all the greats, Thunder Cats, Back to the Future, Short Circuit, the list can go on. You can find me just about everywhere online: Facebook, Twitter, Instagram, Etsy
But my main hub would be my site, TomRyansStudio.com 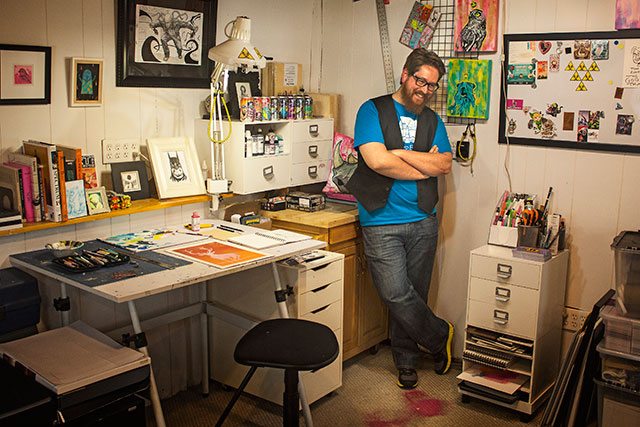 Let’s start with the early days, how did you get into design?
Well I’ve always been creative, always day dreaming and sketching and drawing rather than concentrating on school work. So it was obvious that I would go to Art School, but that was for illustration, and painting, I didn’t really get into design until sometime after graduating. I picked up a few design jobs, doing stuff that I really had no interest in, and then one day I just started goofing around with my own ideas and it stemmed from that. I remember it started with a “Han Shot First” print, and then it just snowballed into what I’m doing today. 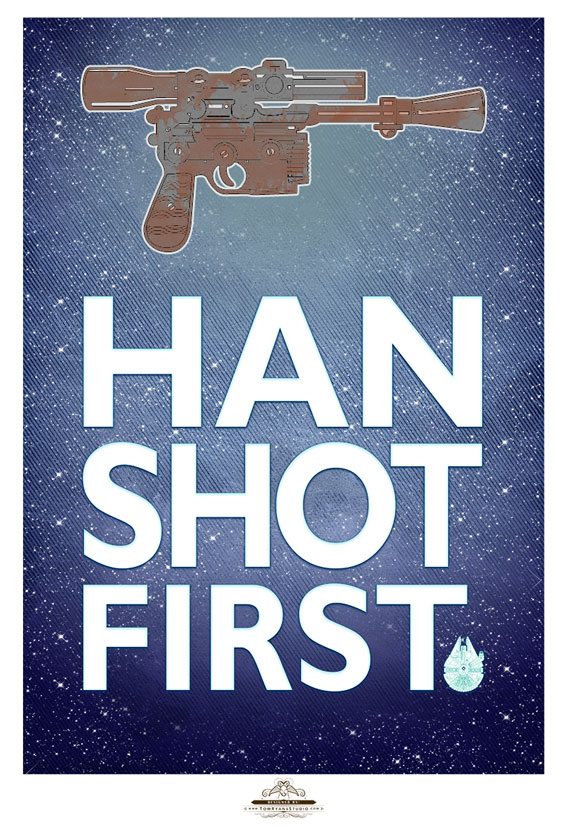 What does it take to be a good designer?
It takes a lot to become a “good” designer actually and actually I’m still working on that myself. I think that’s quite important, to always work on your craft, always improving and learning new tricks. Now there is nothing wrong with being self taught, some people can do it, I even do it when I’m trying to learn something new, don’t you just love youtube? Having said that though I would recommend going to school, it worked for me, it helped me connect with other artists, and introduced me to a slew of new materials and mediums that I would not have known about.

How long did it take to start getting noticed and selling your artwork?
It took a good while in all honesty, but that’s because I wasn’t working hard enough, I would post things here and there and thought if someone wanted someone would find it, that’s the wrong idea, I wasn’t going anywhere where people who would be interested in buying could buy my work. It wasn’t until recently in the last few years where I really started to hustle and show my paintings. I started out doing Art Fairs during the nice warm months, pop up shows, holiday fairs, and began to see an increase in sales, I then opened up an Etsy shop and handed out business cards, letting everyone know that I had more online, sales trickled in through that shop. My Geek Art collection began to grow as well, but with that growth I felt that the audience that was going to these events weren’t really my target audience, yes the younger kids were interested in my work but a lot of elderly people also showed up to these events who just didn’t quite understand my artwork paintings and geek prints. Then, just last year, I felt that I had enough “geek art” and began doing Comic Con’s. Which so far has been awesome! I now sell my art through Etsy, and a few T Shirt companies, and very soon everything will be available to purchase directly through my website.

Did you give a shot to t-shirt sites like TeePublic, Neato, DesignByHumans, RedBubble etc? What’s the vibe?
I have used TeePublic and Neatoshop, and I currently love Neatoshop, they’re quality is absolutely outstanding, I did a side by side comparison and was just floored with the print quality they achieved. They’re absolutely great guys to work with too, on several occasions they worked with me on some bulk orders that needed to be sent out quickly and they got the job done. If you’re new to the business of on demand printing, I’d give Neato shot.

If you were to pick a favorite design you have created, which one would it be and why?
Three designs come at me right away, the first would be my Short Circuit print featuring Jonny 5. The reactions I get from people who see that are just awesome. The second would be my Thunder Cats where the reactions are quite similar to the Short Circuit one, and the last would be any of my Back to the Future prints/ shirts, because it’s an amazing trilogy that I watch several times a year. 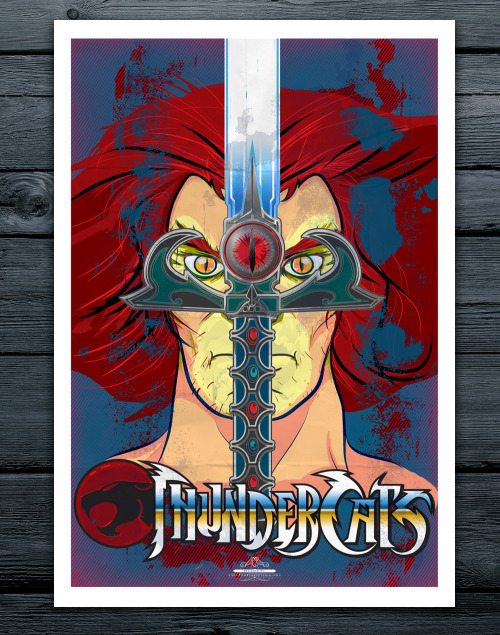 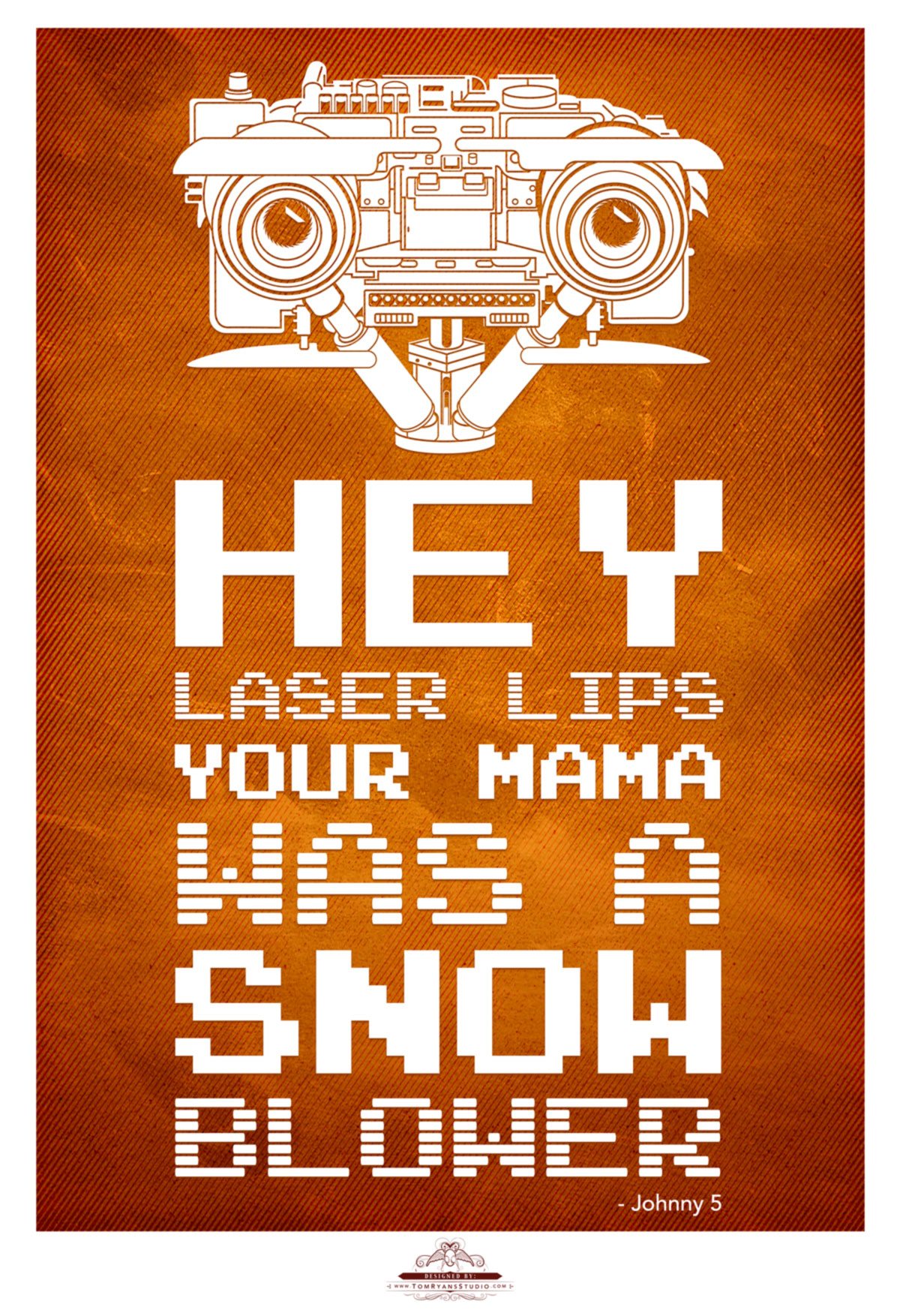 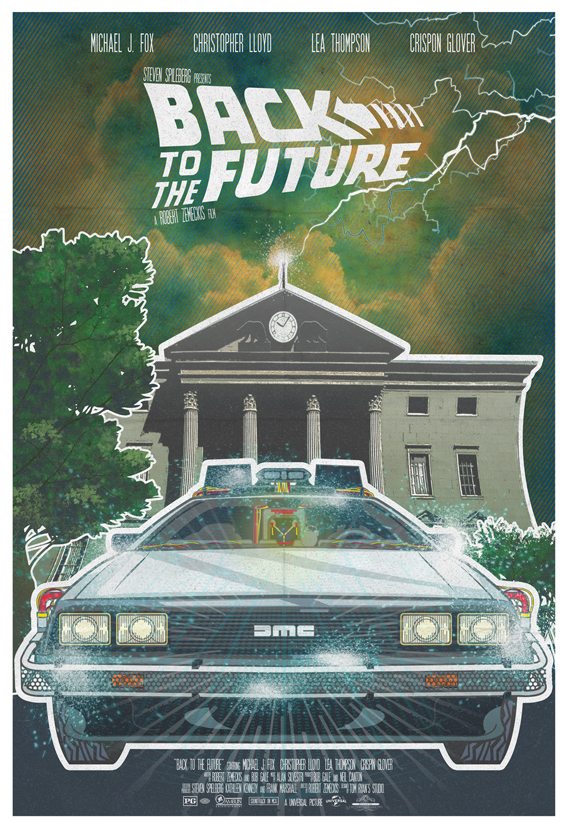 Tell us about your creative process, from the beginning of a typical piece to its completion.
Well like all good things, it begins with an idea. I have to think everything through, and sometimes the fastest way for me is going traditional by breaking out some paper and pens. After the idea is blocked out I begin with reference pictures, if it’s something mechanical like a car, then I’ll just begin vectorizing it, if it’s a character then more sketching will be done so I can stylize it and make it unique. But either way, I bring whatever it is into Illustrator to vectorize the subject matter. Once that is complete I will bring the design into Photoshop and begin to paint and color. 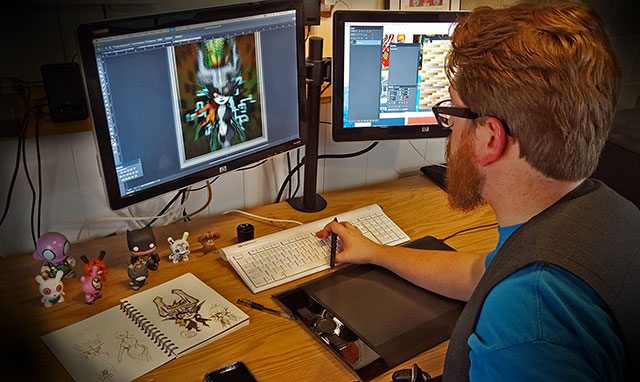 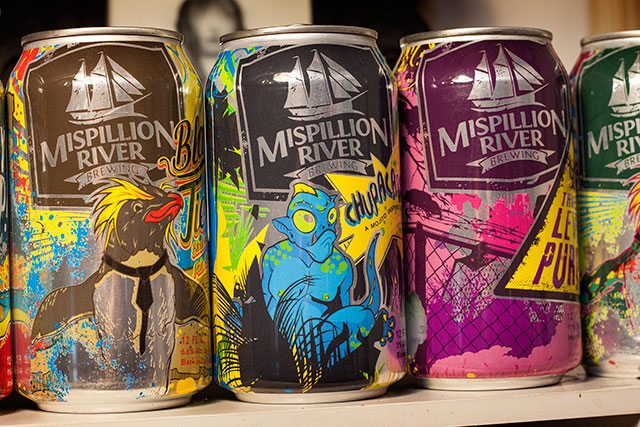 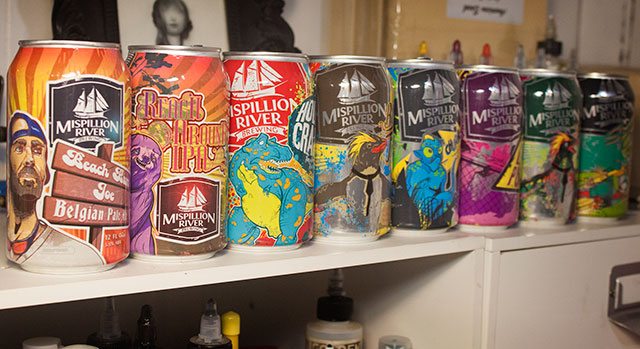 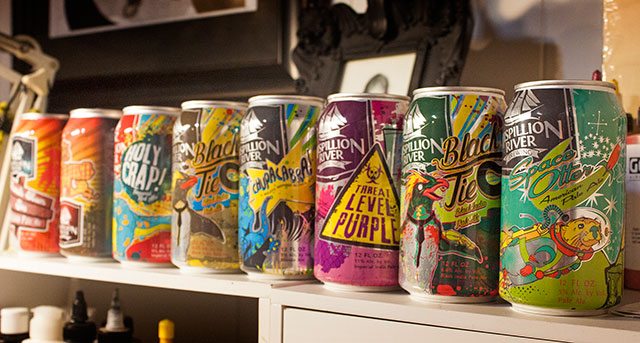 Tag an artist that you appreciate and would like to get an interview next.
Nick Palazzo, you’re next!