I’m not sure how to start this interview, I should probably go with a joke and see what happens. That’s because we have OliPop in the house tonight for our Friday’s Interview. He’s funny, he got Robert Downey Jr. mesmerized into posting something.. about a t-shirt. I’ll let the interview flow and you’ll discover the rest.

Tell us a little about yourself
Hi there! My name is Oliver, a graphic designer and t-shirt artist from Spain. I live in a small tourist city called Benidorm, nice weather all time, lot of people in the streets and great beaches. Also, I’m a 32 husband-father-jedi-biker who loves movies, tv shows, video games, soundtracks, Harley-Davidson bikes and a Scotland lover!

Why Scotland? (We just had to ask)
I think I’m obssesed with Scotland since I saw Braveheart so many times haha but anyway, it’s a beautiful place with a special aura and that makes it magical. (He just had to answer something!) 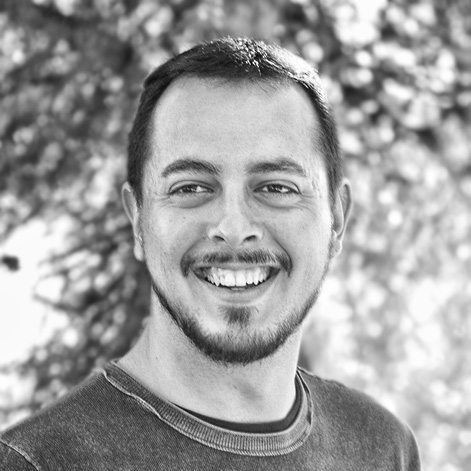 When and how did you first start getting into design?
As a teenager I always felt an attraction for audiovisual stuff and computers. When I entered the university in 2001 I started the Computer Engineering career, but after a few years I felt that wasn’t what I really wanted to study. So I moved into the School of Art and Design and finished my studies of Advertising Graphics in 2007. After that, I found my first job in a small audiovisual company and I felt very happy! The following jobs where in a local newspaper, later in a graphic design and new technologies business of my brother and a good friend, that also had a small emerging online business of t-shirts called Fanisetas.com. And then I became freelance in 2013 until today.

What does it take to be a good designer? Do you recommend going to school to learn art and graphic design?
You have to be really passionate about what you love to do, whether you’re a designer, or accountant, or plumber, or whatever you are. And if you have a good base of studies in your field the better! Art Schools or Design Schools are great ways to learn a huge world of creativity and skills for restless minds. Unless you’re one of those lucky ones with innate talent!

A favorite class or moment that you still remember from the Art Schools?
I really must confess that the Art Scool where I studied it was a completely mess because it was a public school and there were lot of teachers that had no idea how to teach haha but apart of that, I discovered a new exciting career surrounded of great classmates. But I will always remember the day I had to do the entrance exams. I wasn’t very good at drawing and one of the tests was about drawing an object. I only knew how to do technical drawing with rules and brackets, but I had a guy on my side that was drawing that object freehand and using charcoals and I kept thinking something like “Shit! I’m not going to pass!” haha but fortunately I managed to enter the career. I guess there were many vacancies :P

How long did it take to start getting noticed and actually selling your artwork?
When I was working at Fanisetas.com I noticed that some of my designs became very popular thanks to social networks and humor sites like 9gag, that happened a year after I started designing t-shirts. I remember my “Winter is Coming” design being published in many sites and then printed in many dailies like TeeFury and Qwertee. I could never imagine so many people would like my designs! And that encouraged me to keep doing more and more t-shirt designs with great sense of humor. 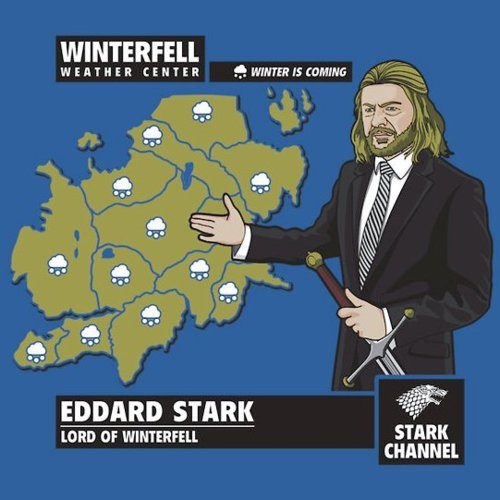 For the aspiring indie artists, does it pay good to be a freelancer? How many t-shirts does a really good one sell every month?
In my experience I was very lucky to start doing t-shirt designs for a company like Fanisetas.com, because that was the beginning of discovering this business, so when I became a freelance I had a good base and I already knew how to move in that business. For aspiring artists might be a bit difficult if it’s something new for them, but there are a lot of sites and groups on Facebook with known artists that could help them to move into the business. If they keep enough, a freelance can live quite well just selling t-shirts.

If you were to pick a favorite design you have created, which one would it be?
Well, I made lot of design since I started in this business, but I would definitely choose my “Heisenberg Crystal Meth” design. It’s one of my very first designs when I started as a freelance and suddenly it became very popular. 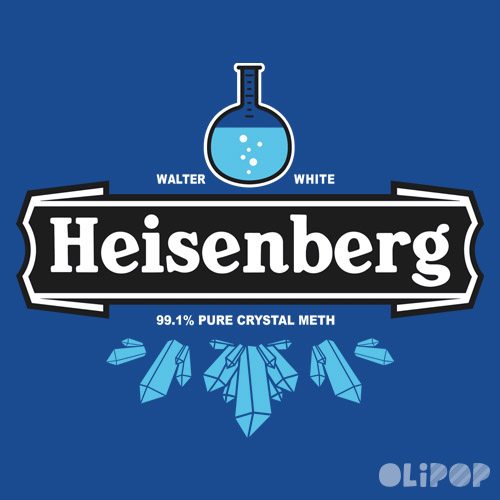 How do you deal with copycats, I’m sure you’ve had at least one design stolen and posted somewhere else?
Unfortunately that problem is becoming very usual nowadays. I’m part of a group with many other Spanish artists that we are always attentive if we found someone selling other’s artworks and that is very helpful. Then we start sending counter notices to that user and the site where is selling it.

Tell us about your creative process, from the beginning of a typical piece to its completion.
Basically I focus on what I want to create according to trends or what people demands, but sometimes inspiration comes suddenly about and old concept and I’m going sending e-mails to myself just to not forget them haha. Once I have the idea, I start sketching on my sketchbook or directly in the computer and things develops on the progress. I like to improvise on a design and to give several visions before choosing the final artwork.

Tell us about something interesting in your life right now.
One of the best things that just happen recently is that I become a father of a beautiful girl! She’s just 3 months old but it’s rare be seen in the situation to reconcile how was your normal life with a baby care, yet it’s an amazing experience! Can’t wait to see her grow and travel to many places. I love Scotland and I would like to come back with my wife and my daughter.

And one funny anecdote about my current job was the day that Robert Downey Jr. himself posted my design “Tony Stark Mansion” on his Facebook site. I mean… the f***ing Iron Man himself!!! That was really awesome :D 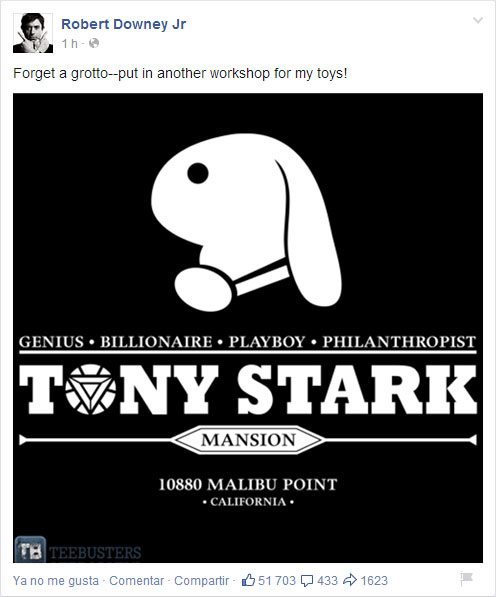 What was the first thing you did after you saw Downey Jr. posting that?

The very first thing I did was to take a picture of me wearing that same design and posting on my Facebook and Twittermentioning Robert, but I had no answer of him haha I had to try at least! 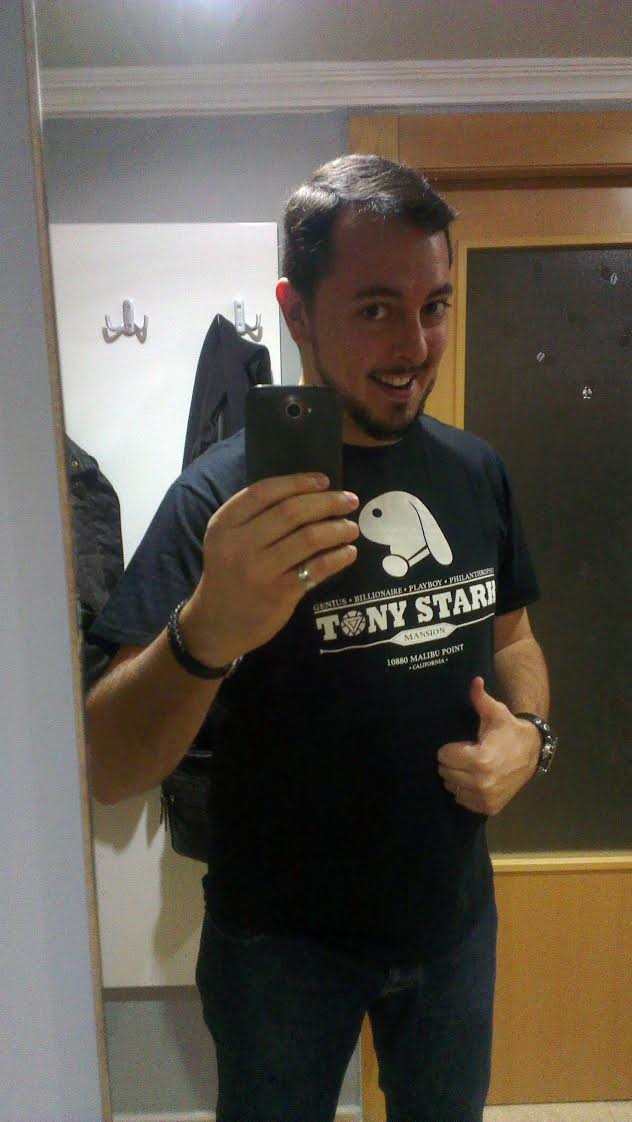 Do you have any good advice for emerging artists?
Just keep doing your job if you really like it! Every beginning is hard, but you will find how many people may like your work and that will help you to continue doing a good job more easily.

We had a blast doing this interview, you guys can find Oliver here: http://www.designbyhumans.com/shop/Olipop/