The Food Chain at its Cutest

A snowshoe hare bounds happily across the snow-covered tundra, it’s brown, anime-sized eyes glowing with so much adorableness it looks like they are going to explode. Behind it, sneaking stealthily along, is a fox, its own eyes just as large and bright. The entire scene looks like something out of a little child’s cartoon. That is until the adorably cute fox snatches up to the precious little rabbit and splatters its lifeblood all across the snowy ground. 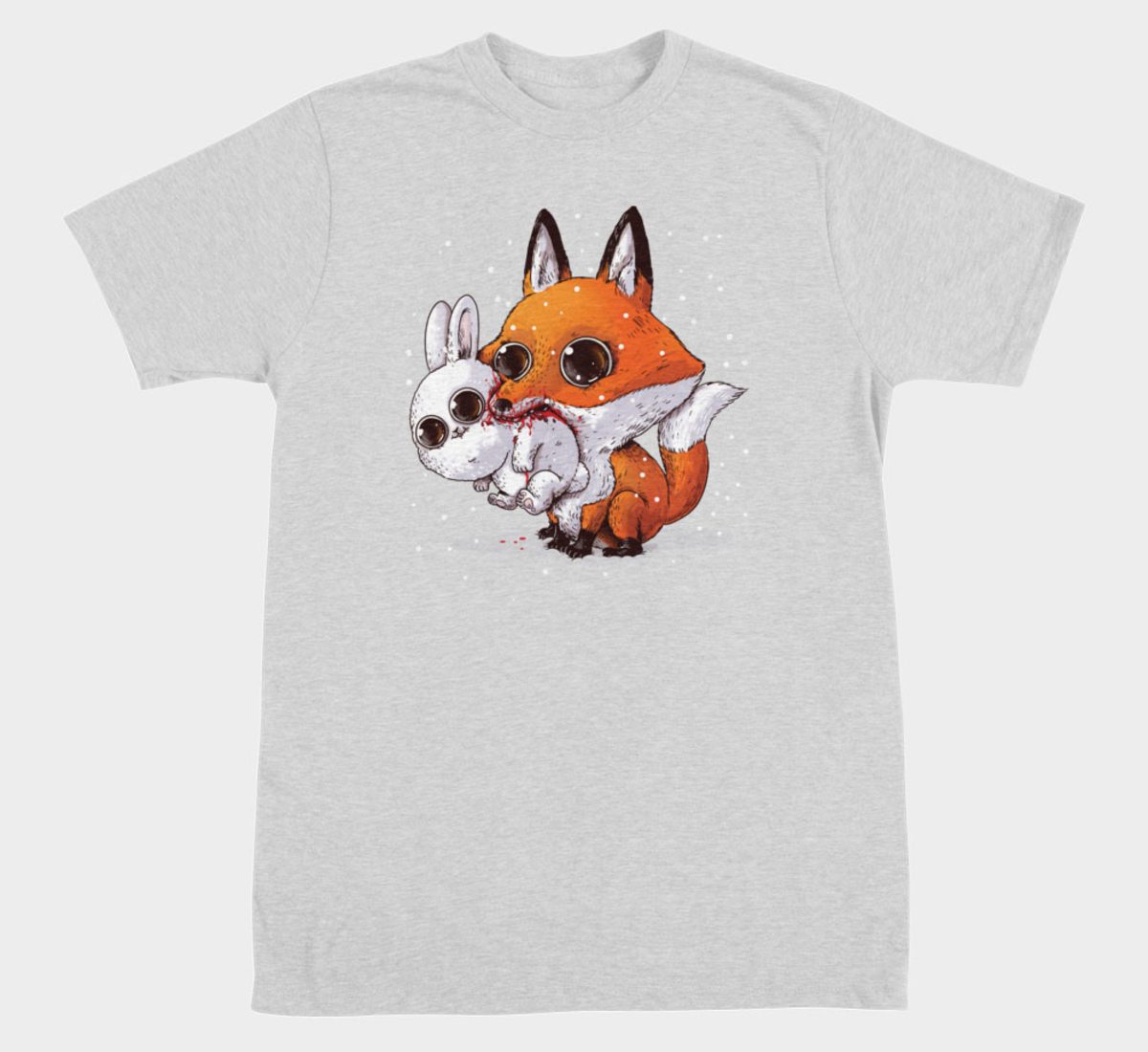 It’s a tough world out there for cute little animals such as rabbits, penguins, and sea turtles, or at least it is when artist Alex Solis sits down behind the canvas. His collection, titled “The Adorable Circle of Life” features unrealistically sweet and lovable animals engaged in all-too realistic activities. It’s the food chain at its cutest, and the internet is loving it.

The mastermind behind “The Adorable Circle of Life”, Alex Solis, made his first splash in the art world by creating a collection that featured obese versions of pop culture icons such as Batman, Darth Vader, and Mario. Solis called this collection “The Famous Chunkies”. Carrying on his artistic style of presenting creatures and characters in a way we don’t usually imagine them, Solis went on to create “The Adorable Circle of Life”, giving everyone who considers themselves sweet yet a little twisted a chance to showcase their uniquely wonderful sense of humor. 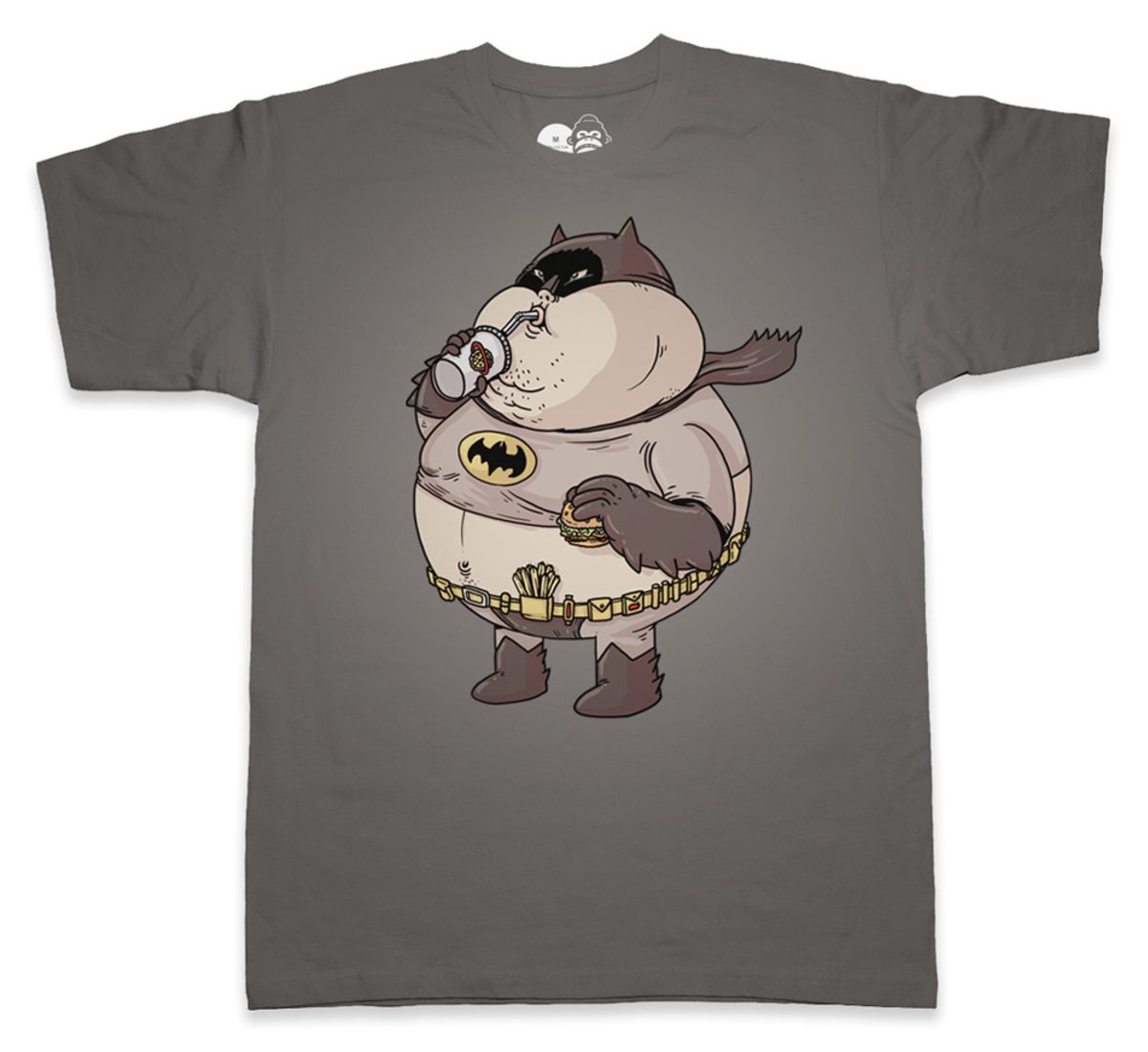 From an eagle happily lifting a baby deer up into the sky to a tiger tearing at the neck of a zebra, Solis’s collection puts on display the perfect combination of sweet and graphic. Stranger yet, however, are the smiles on the faces of the prey, even as they are being chomped on. The entire collection touches on a bizarre mix of violent innocence and gallows humor. Needless to say based off of how quickly pictures of the collection spread across social media, it’s a combination that works.

So whether you like Solis’s collection for its artistic merit, or you think that a baby monkey smiling without a care in world while it’s being bitten in half by an alligator is just pretty darn funny, we highly recommend you take a look at these t-shirts. Trust us, they’re to die for. 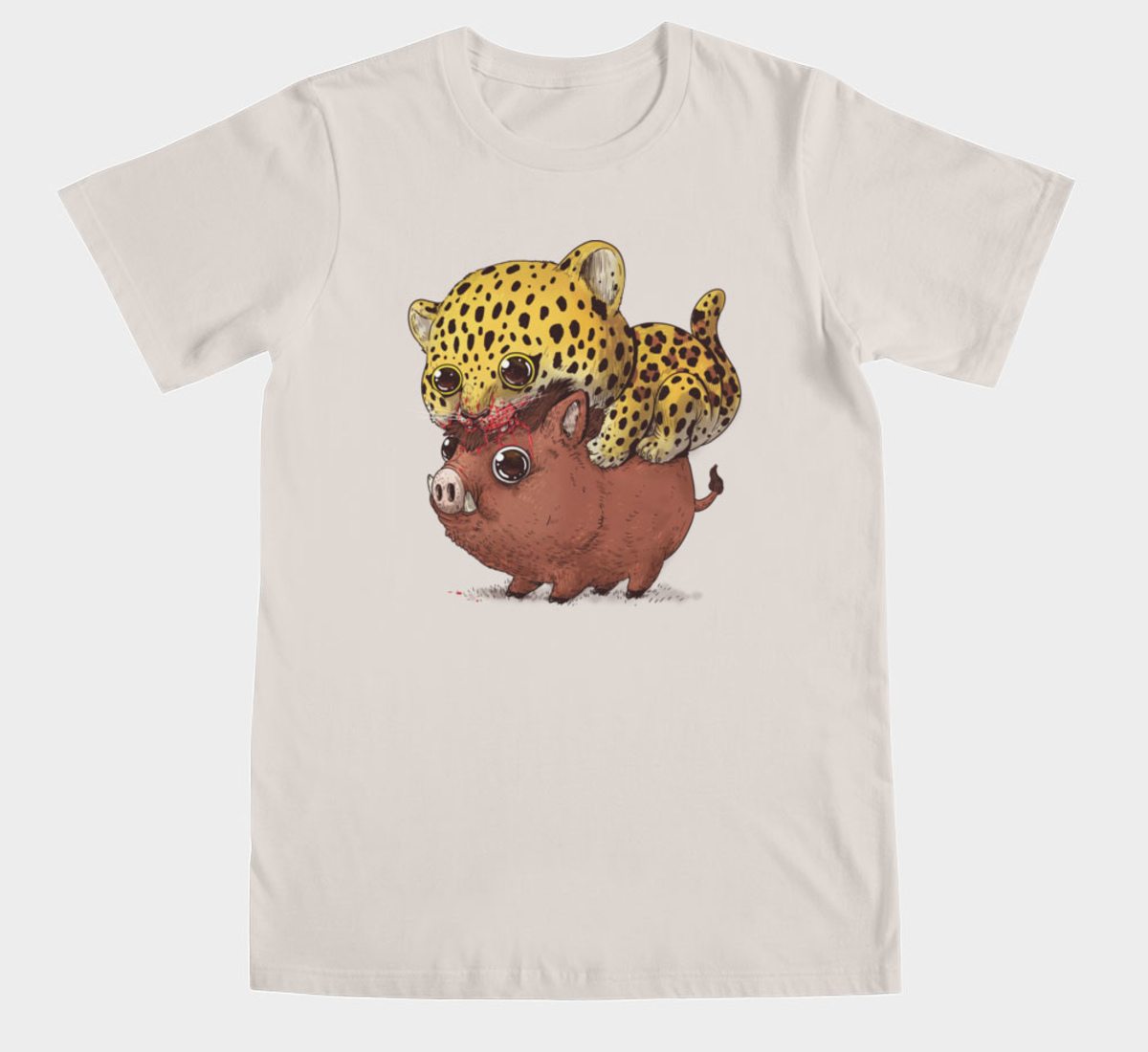 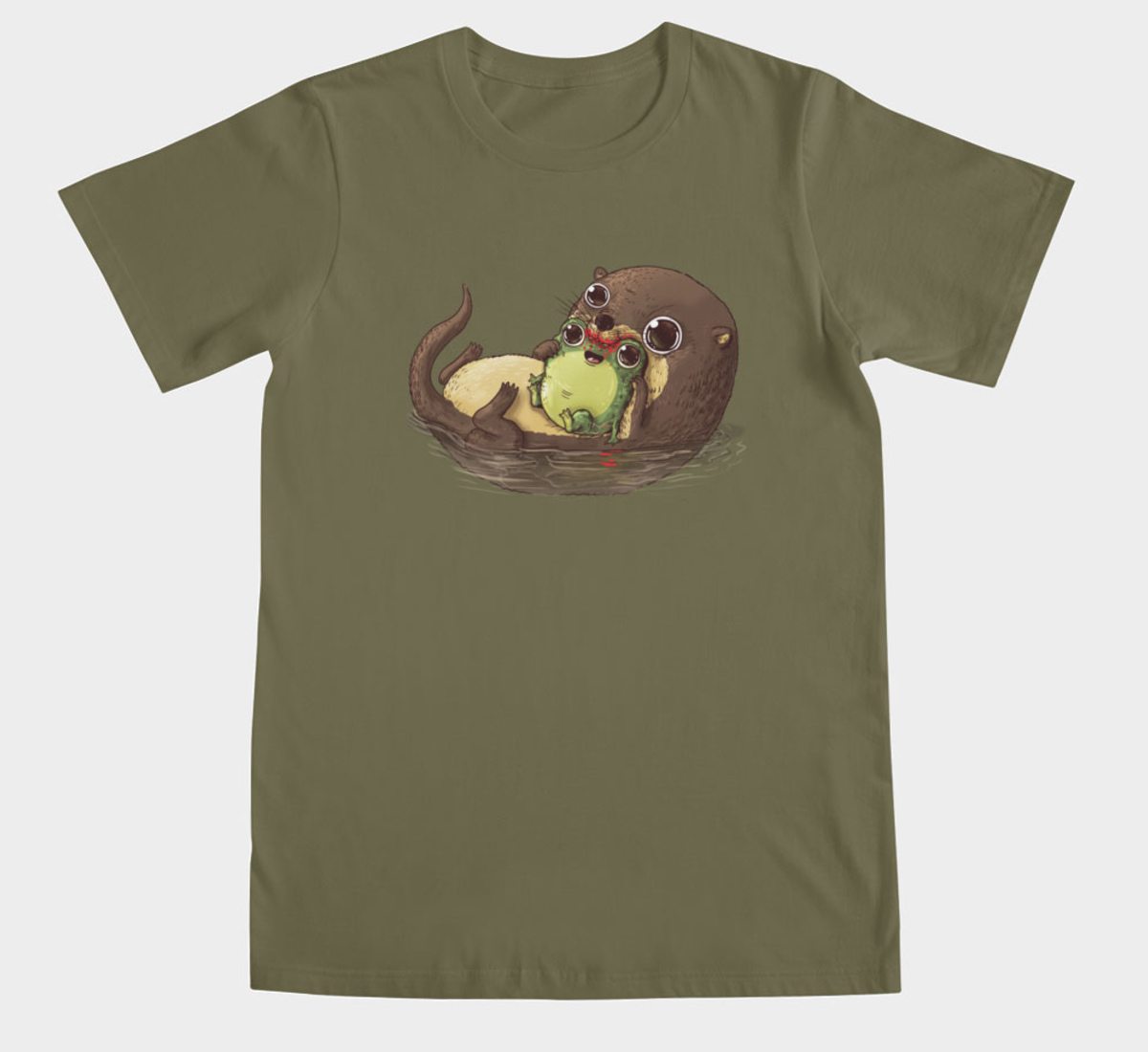 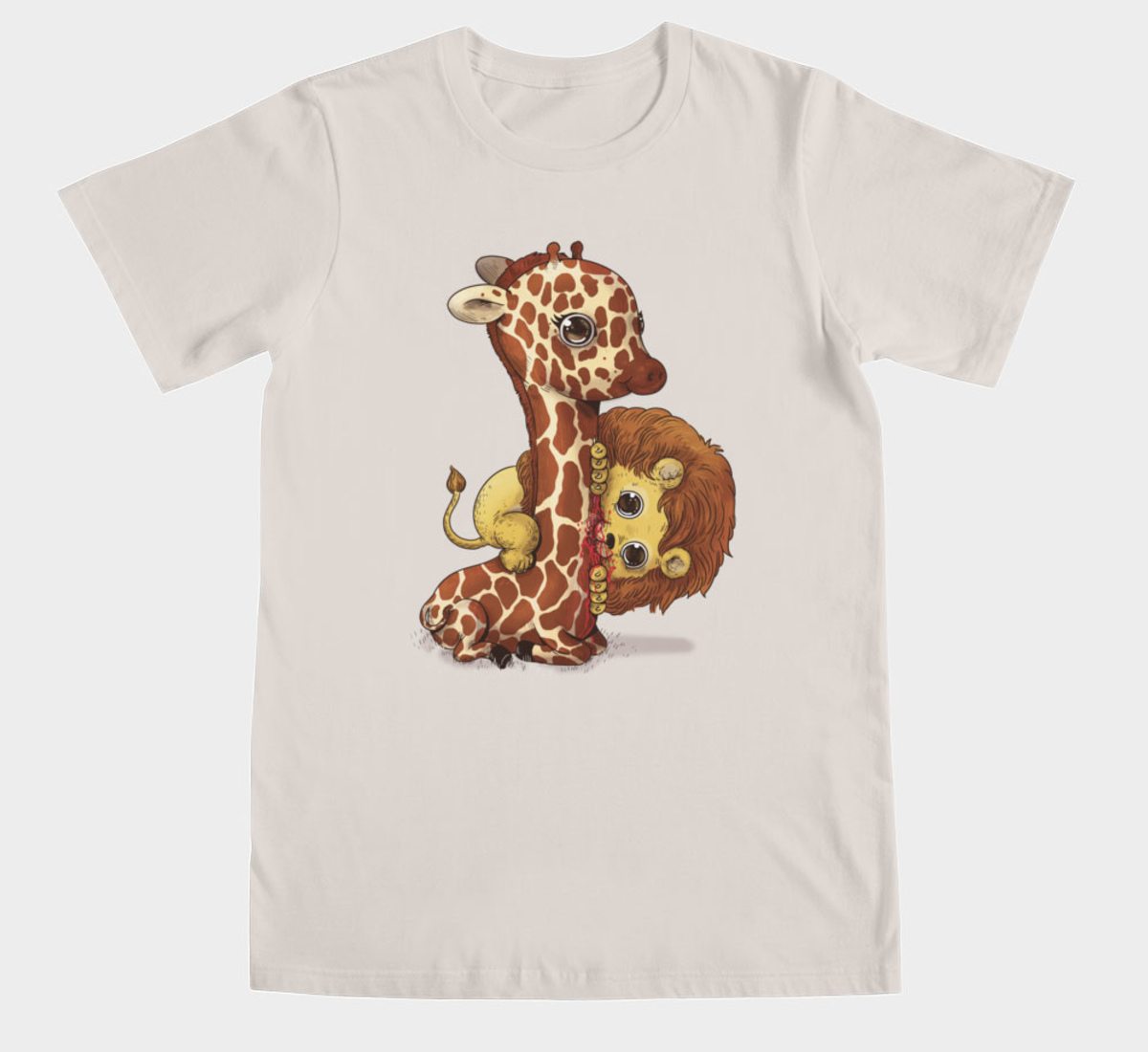 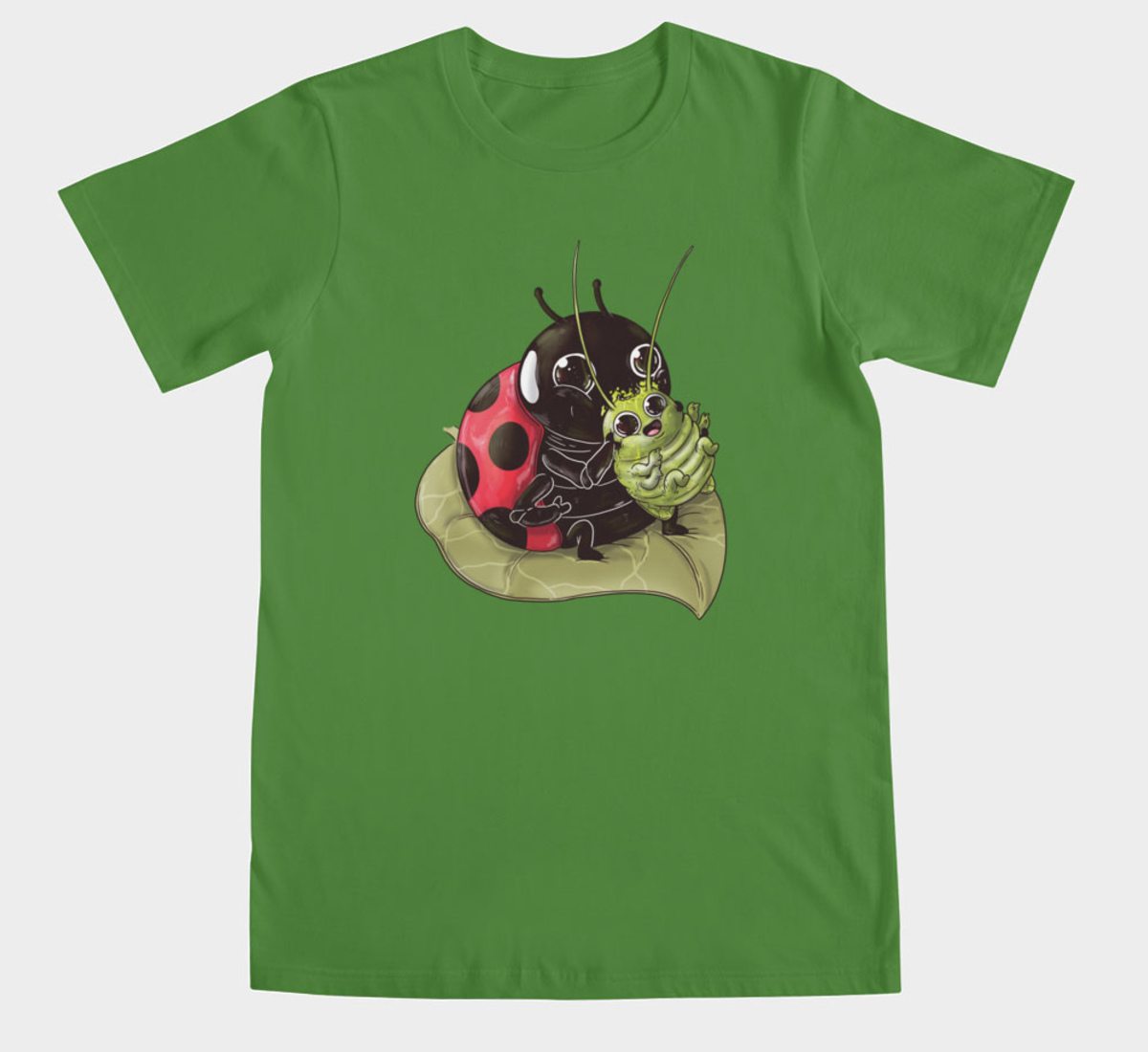 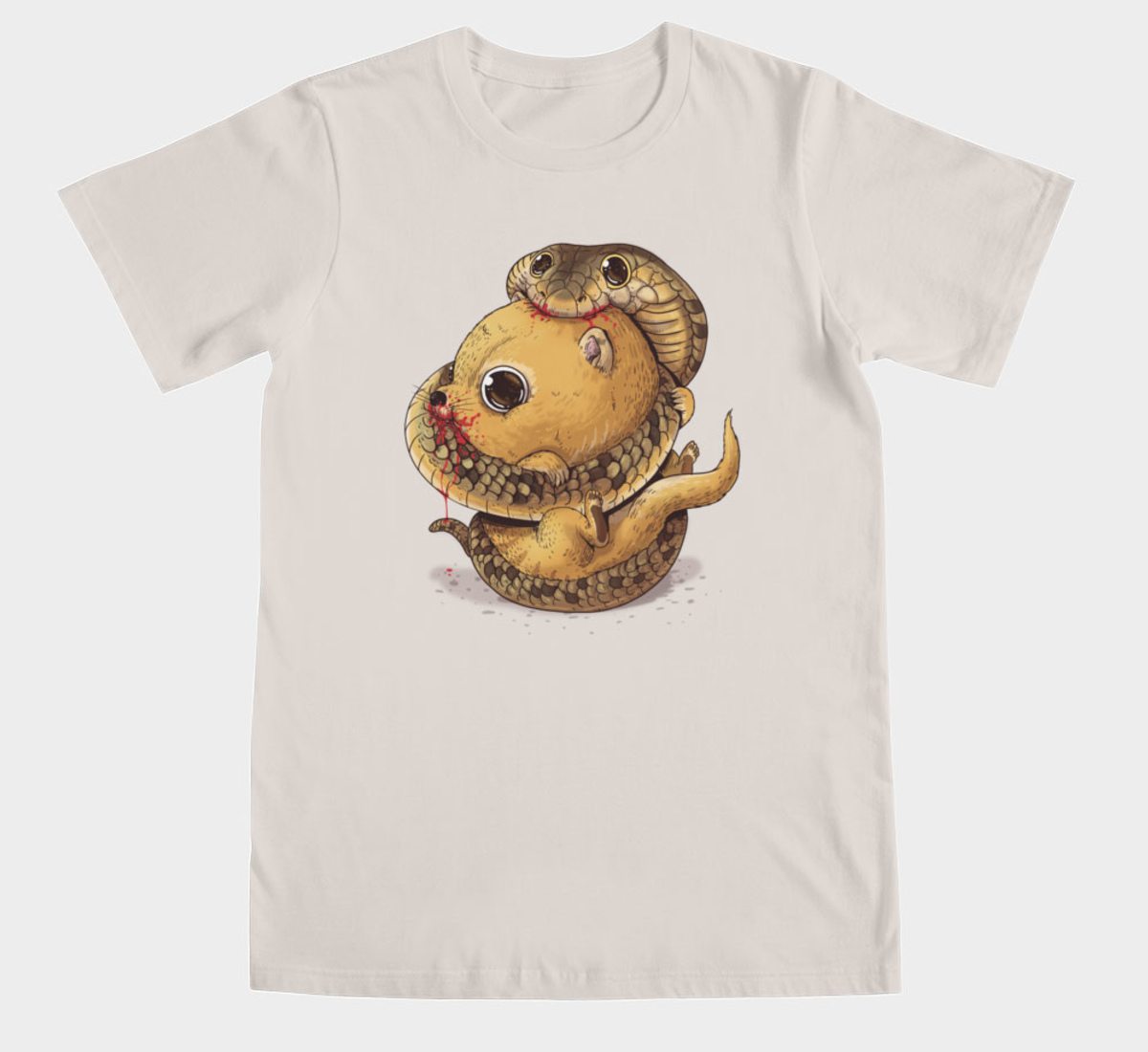 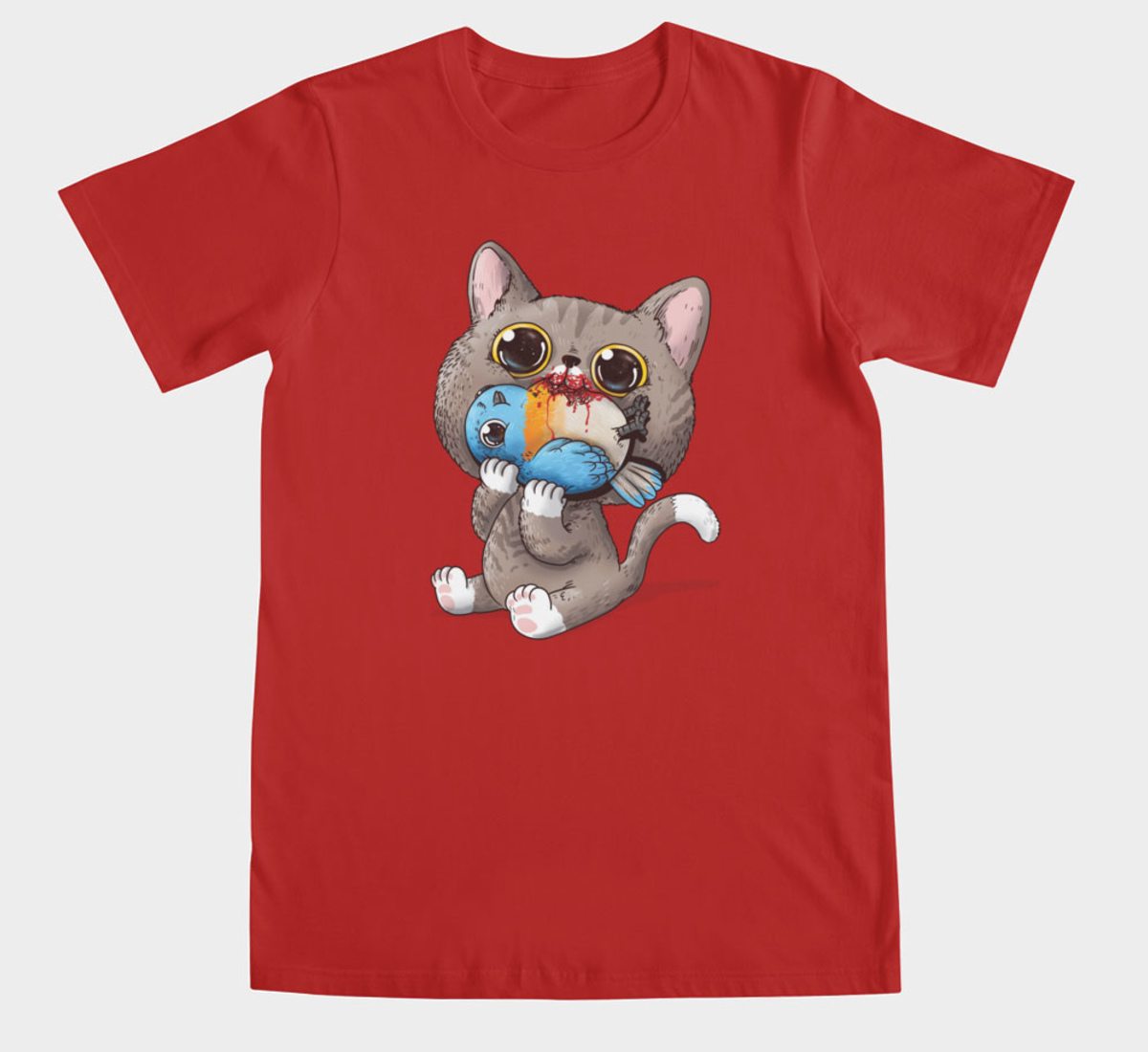 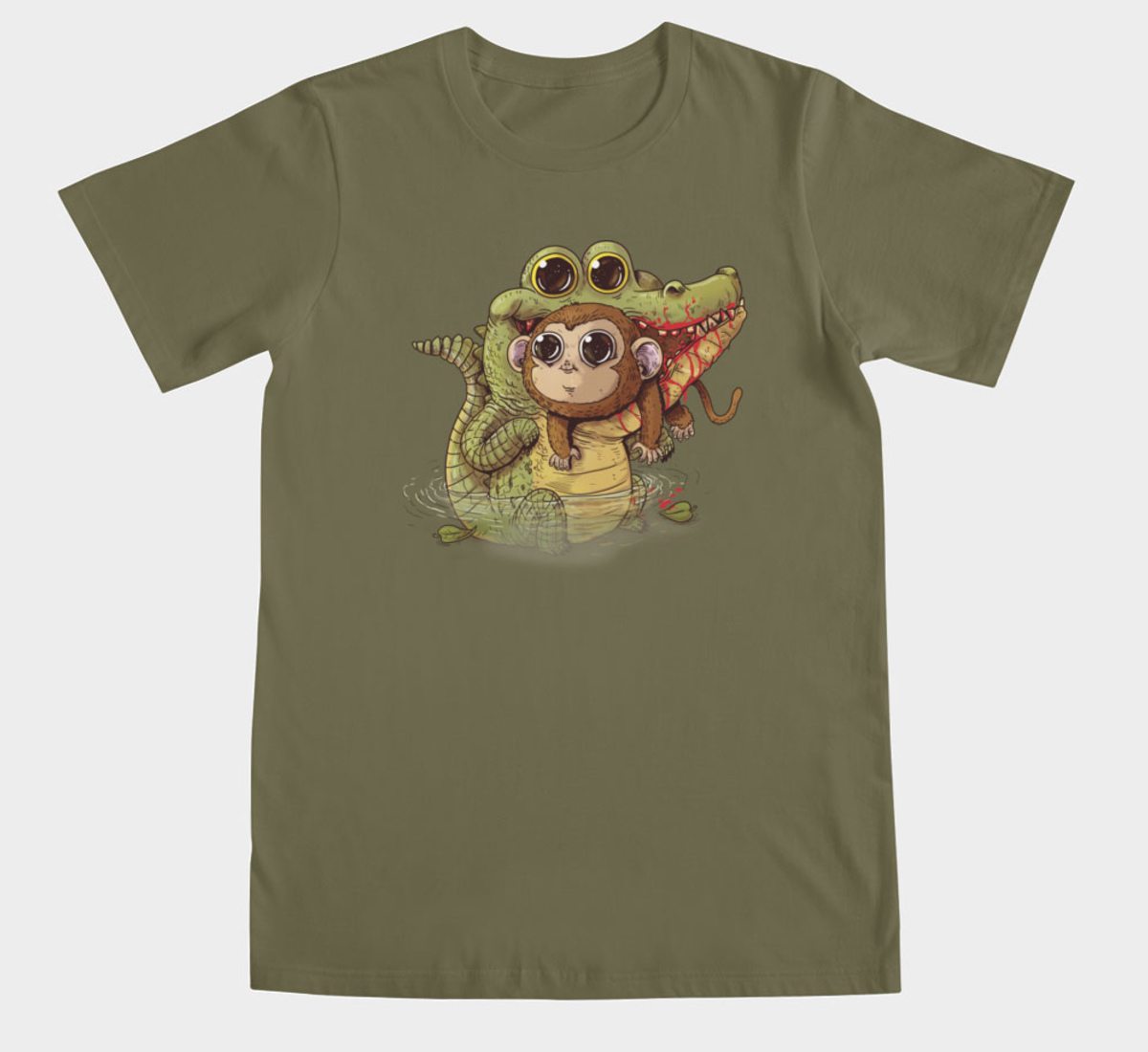 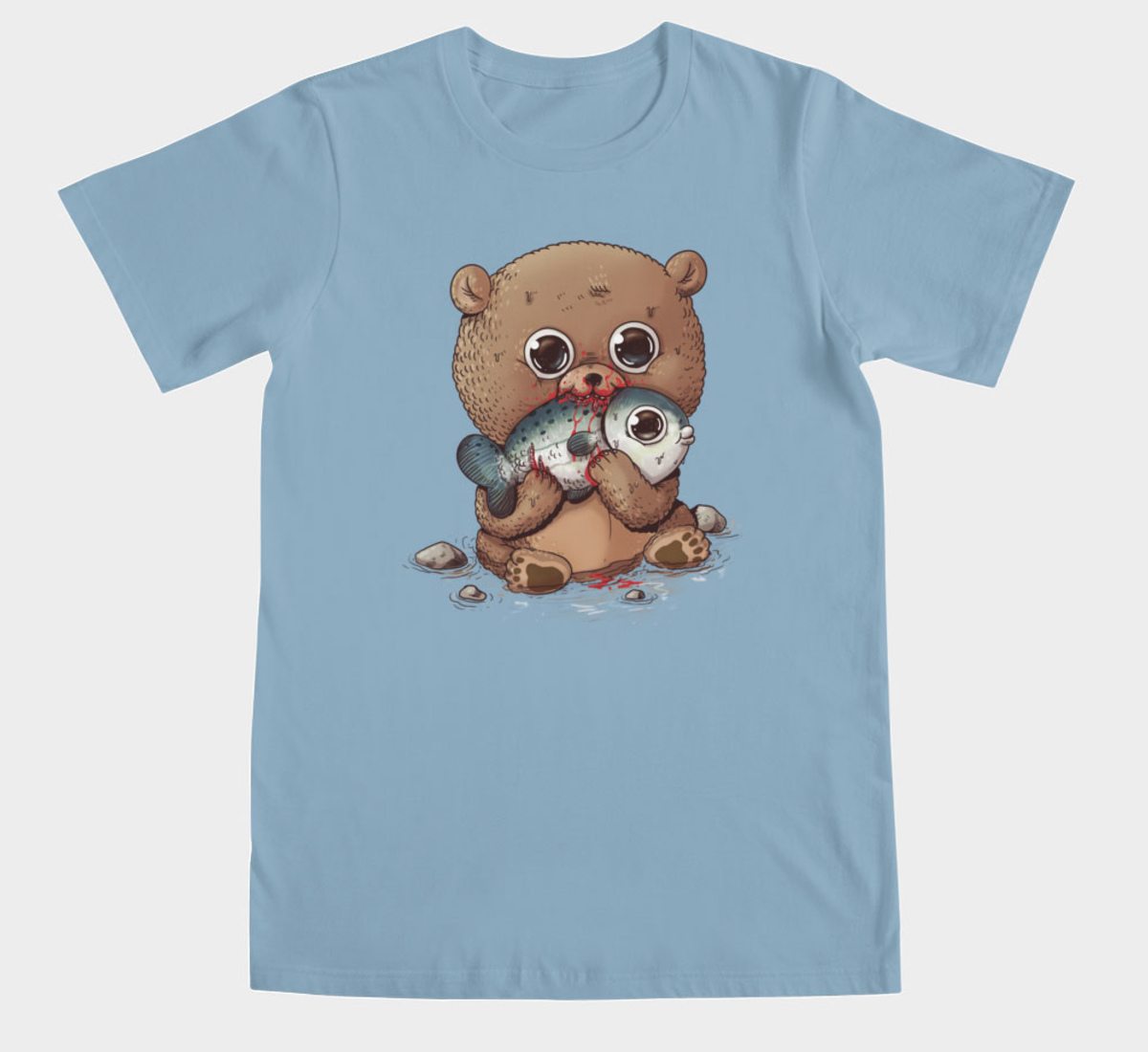 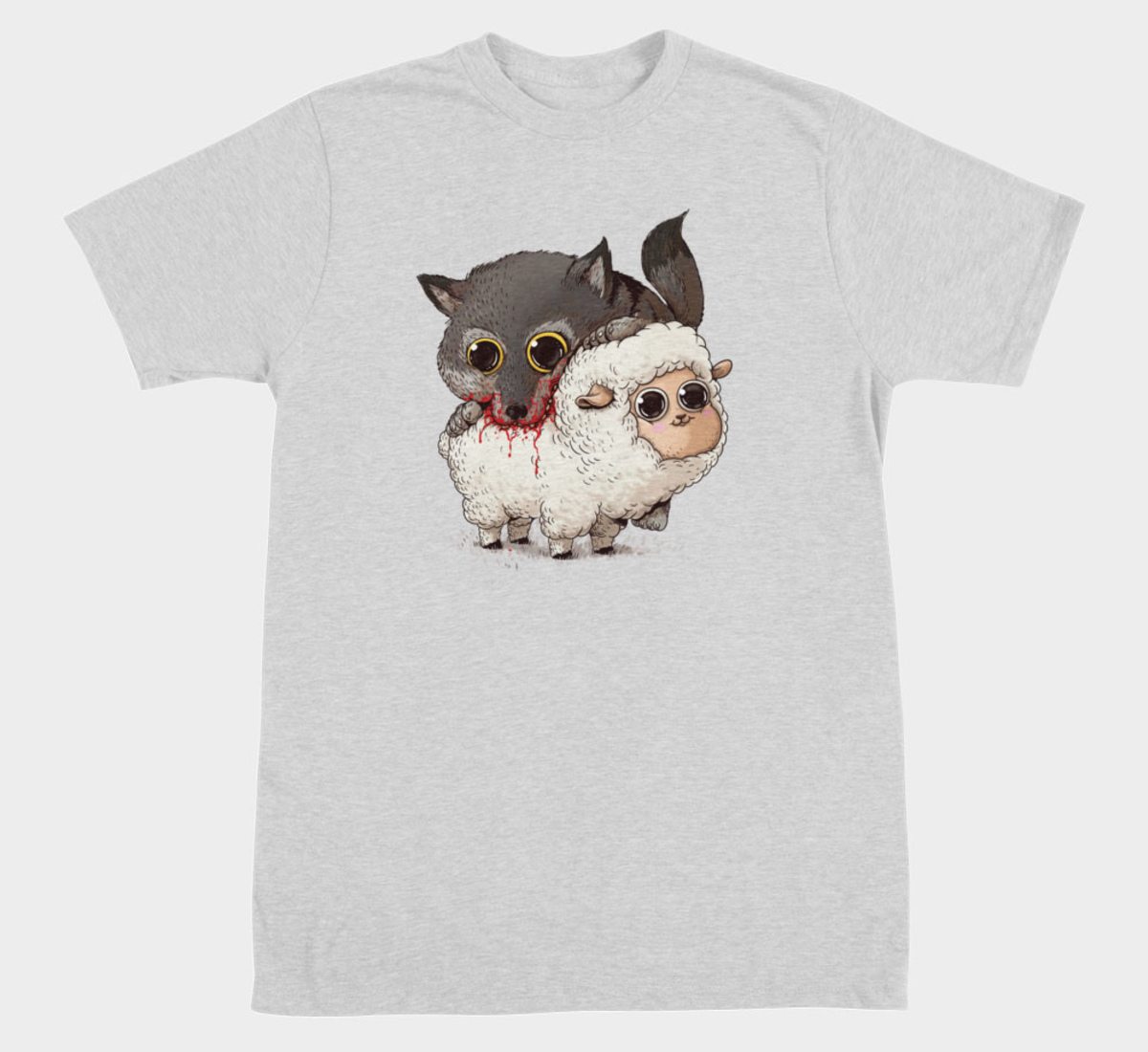 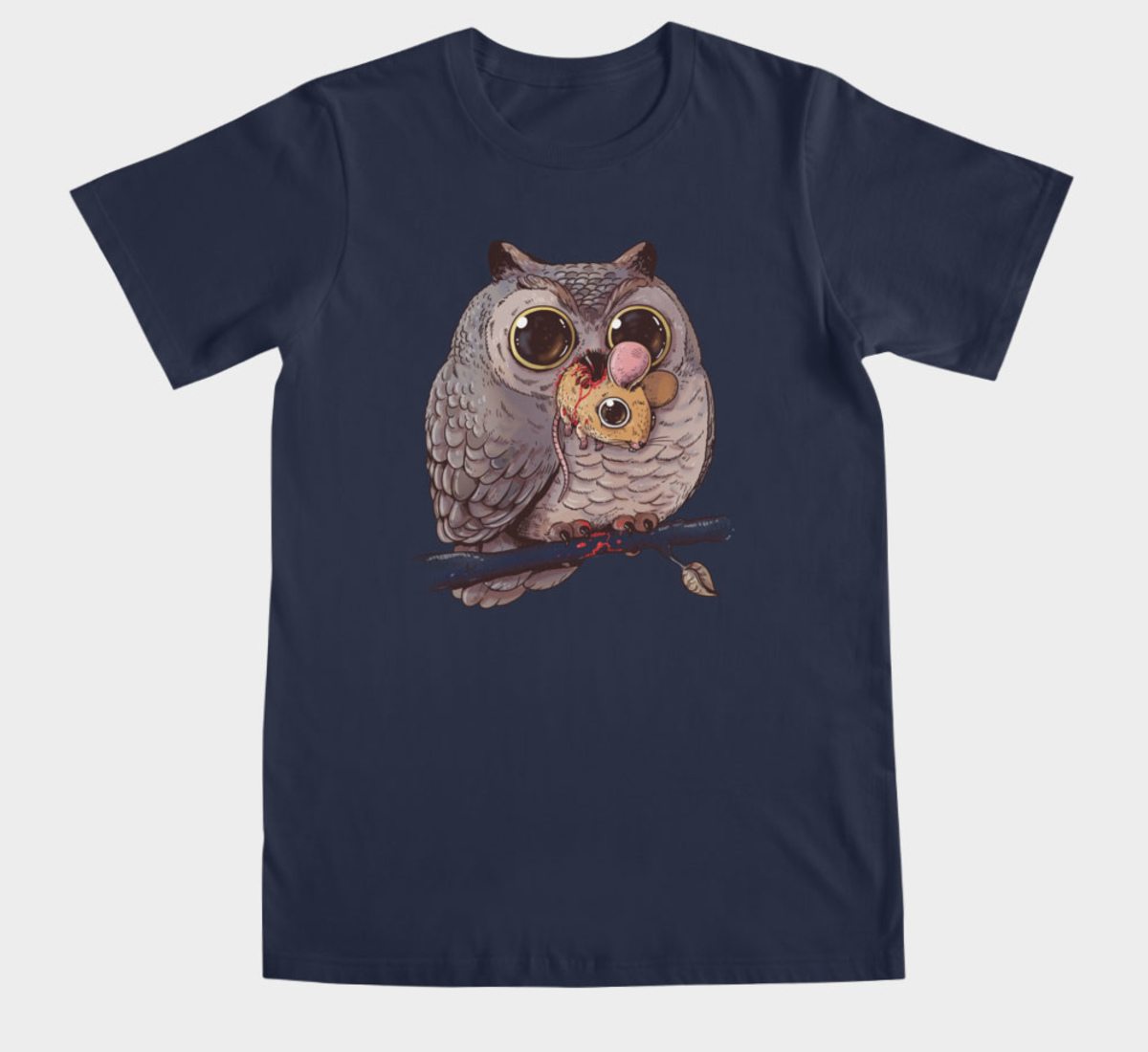 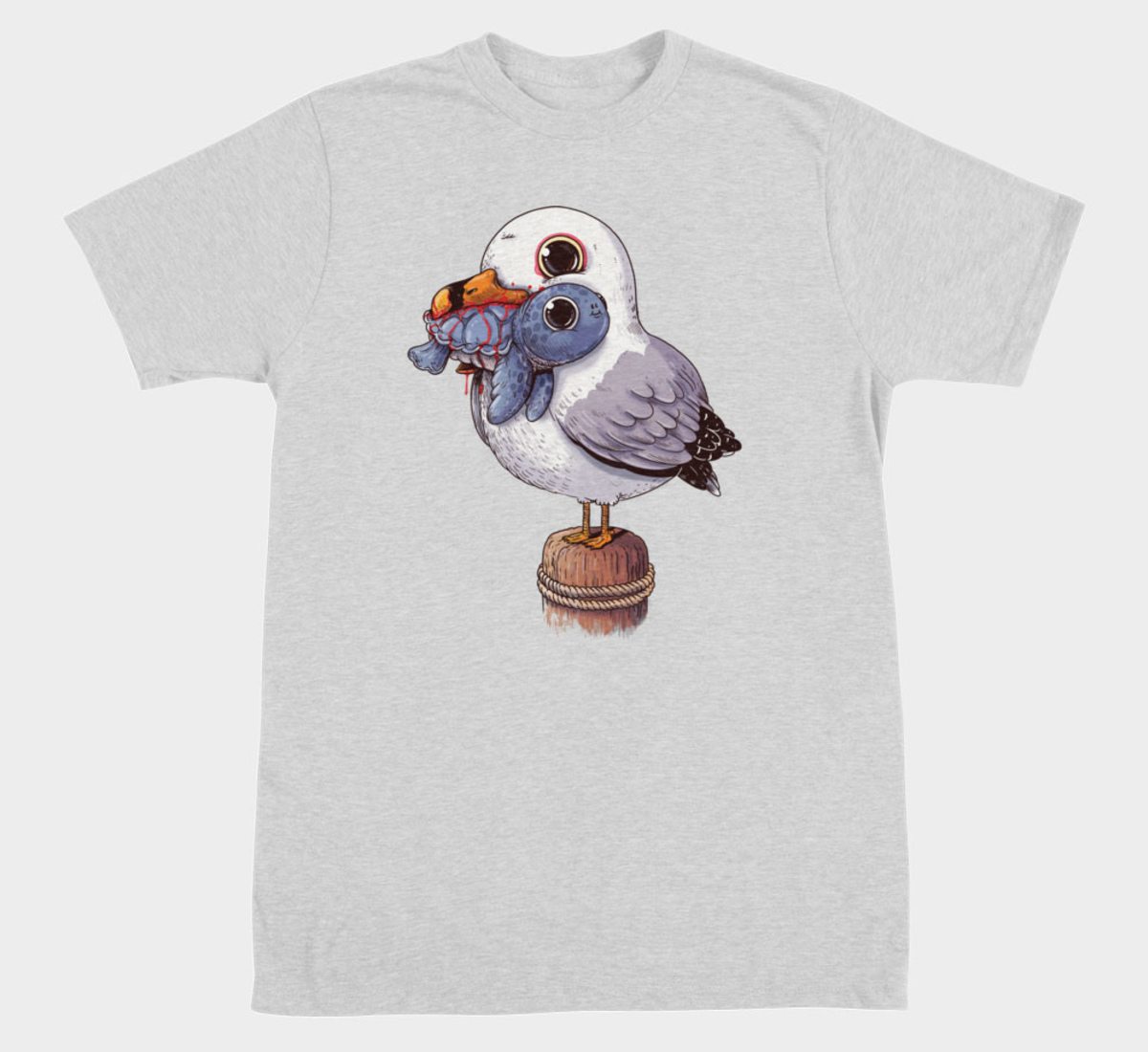 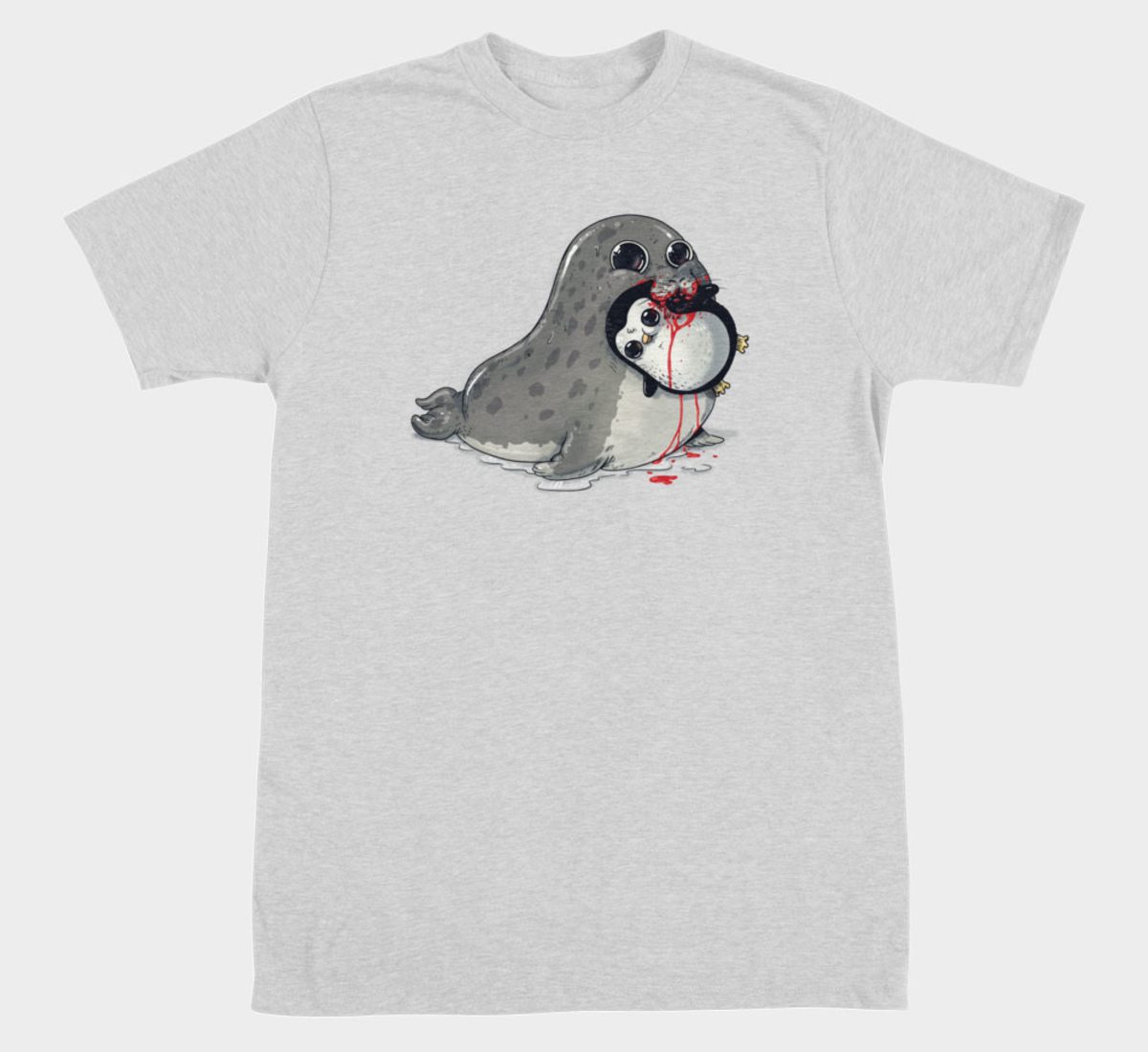 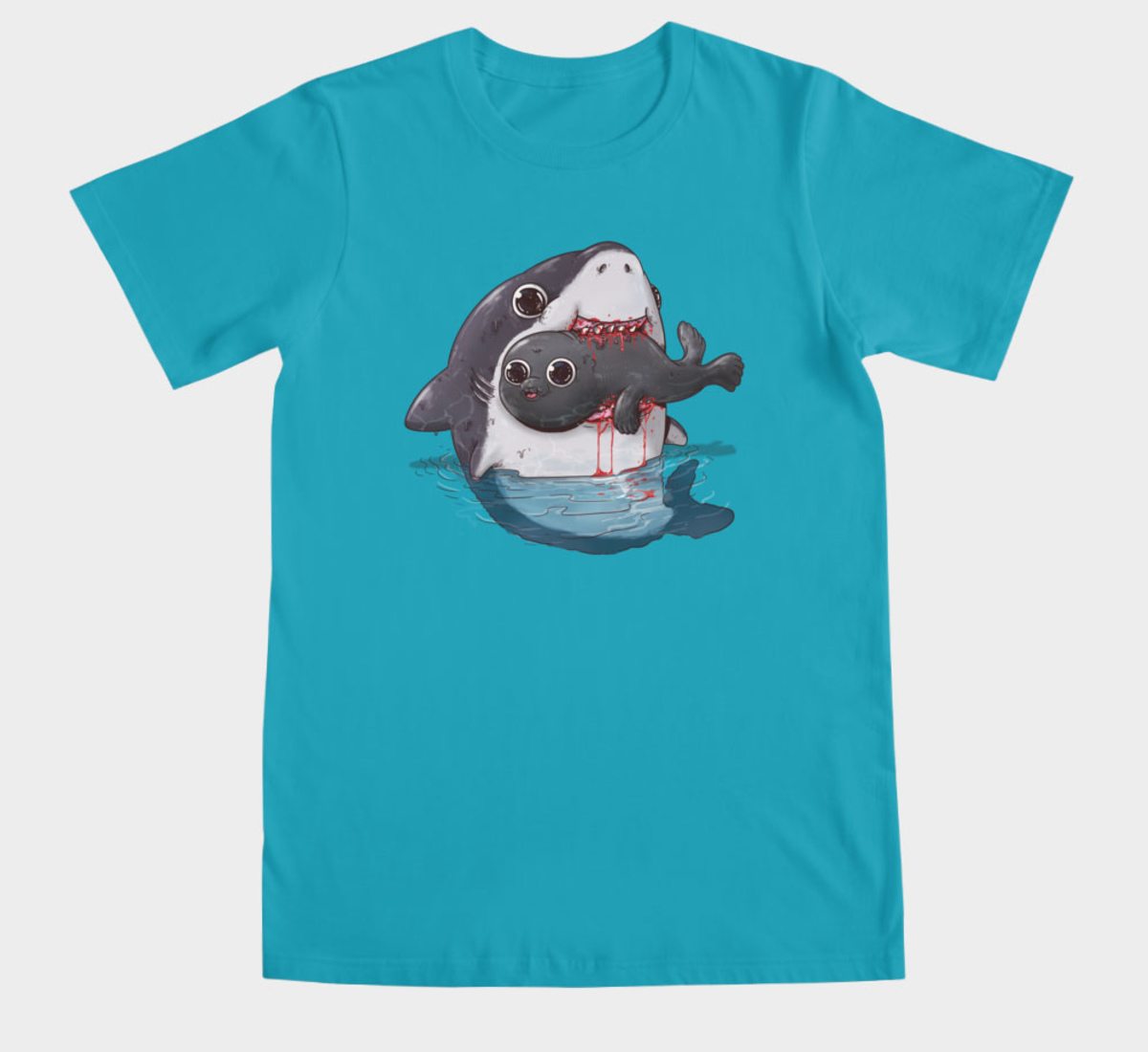 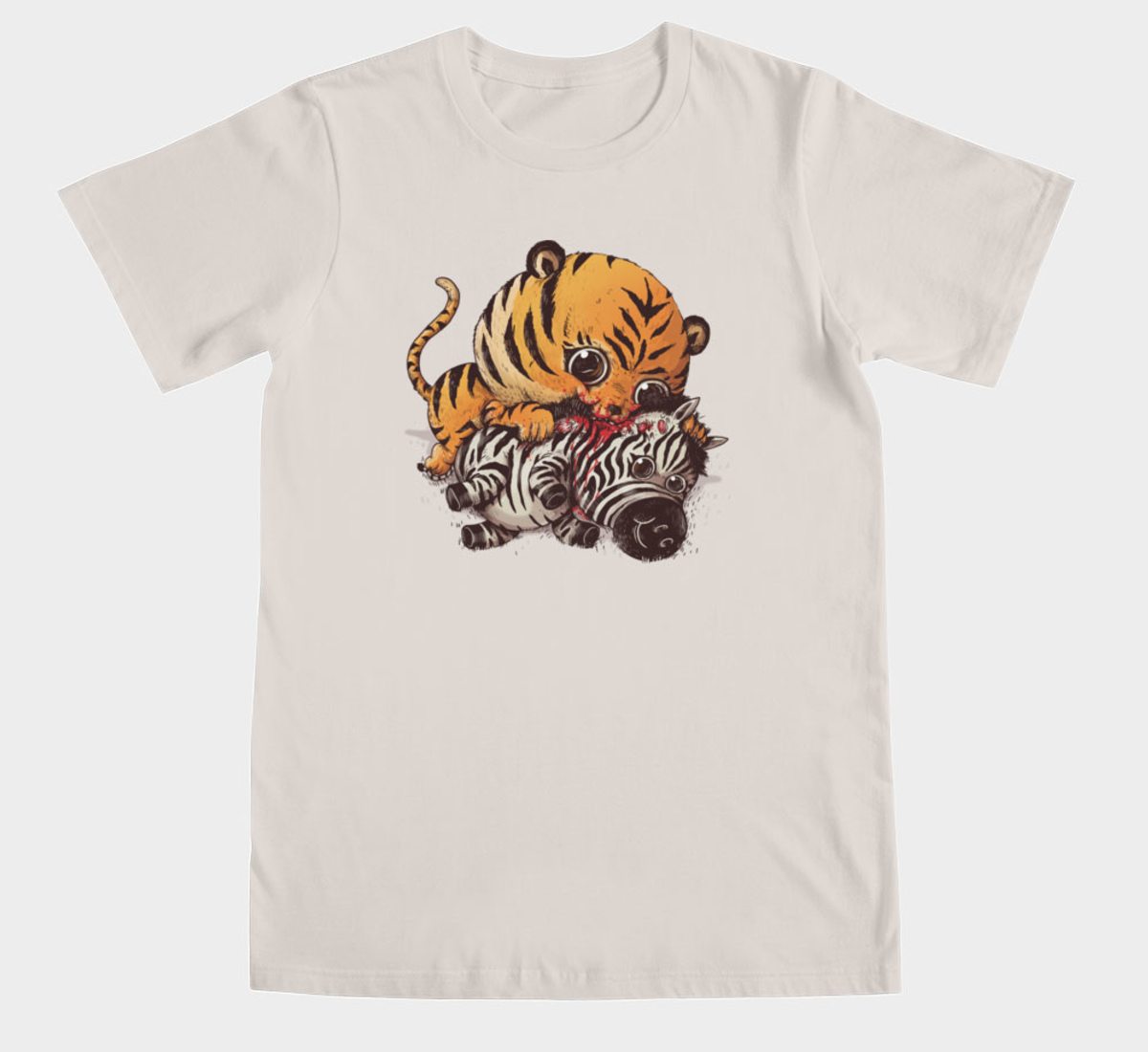 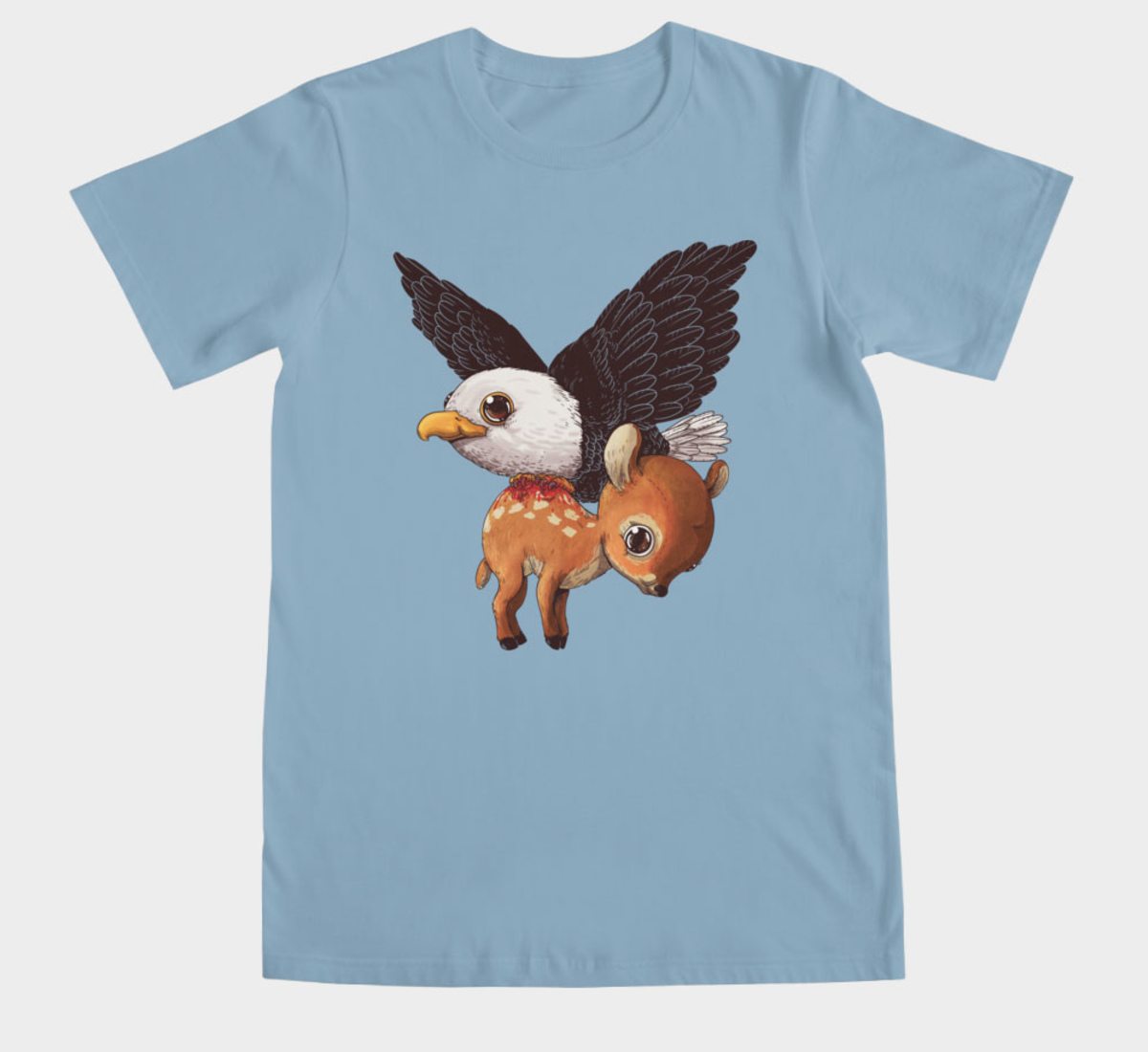 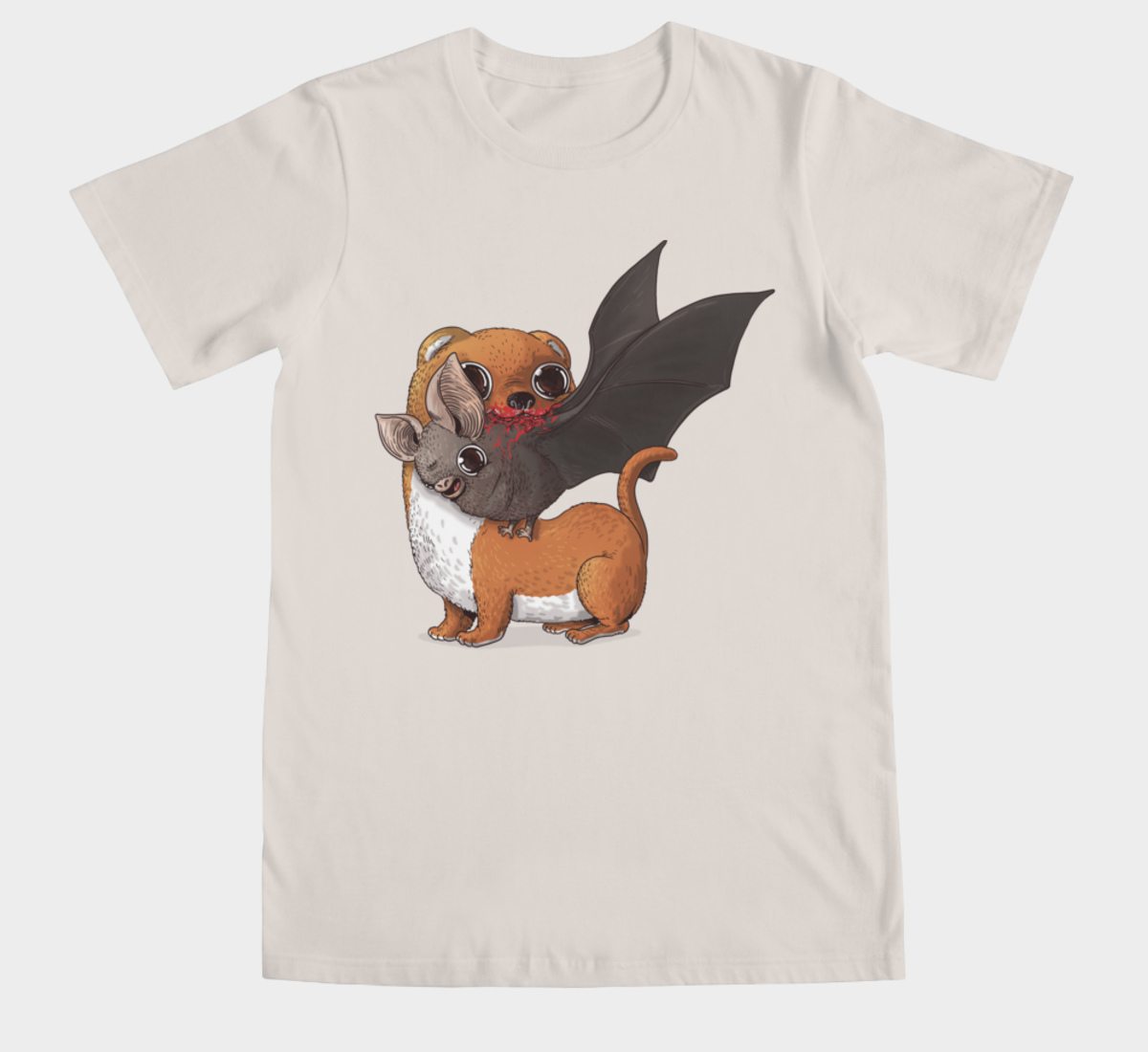 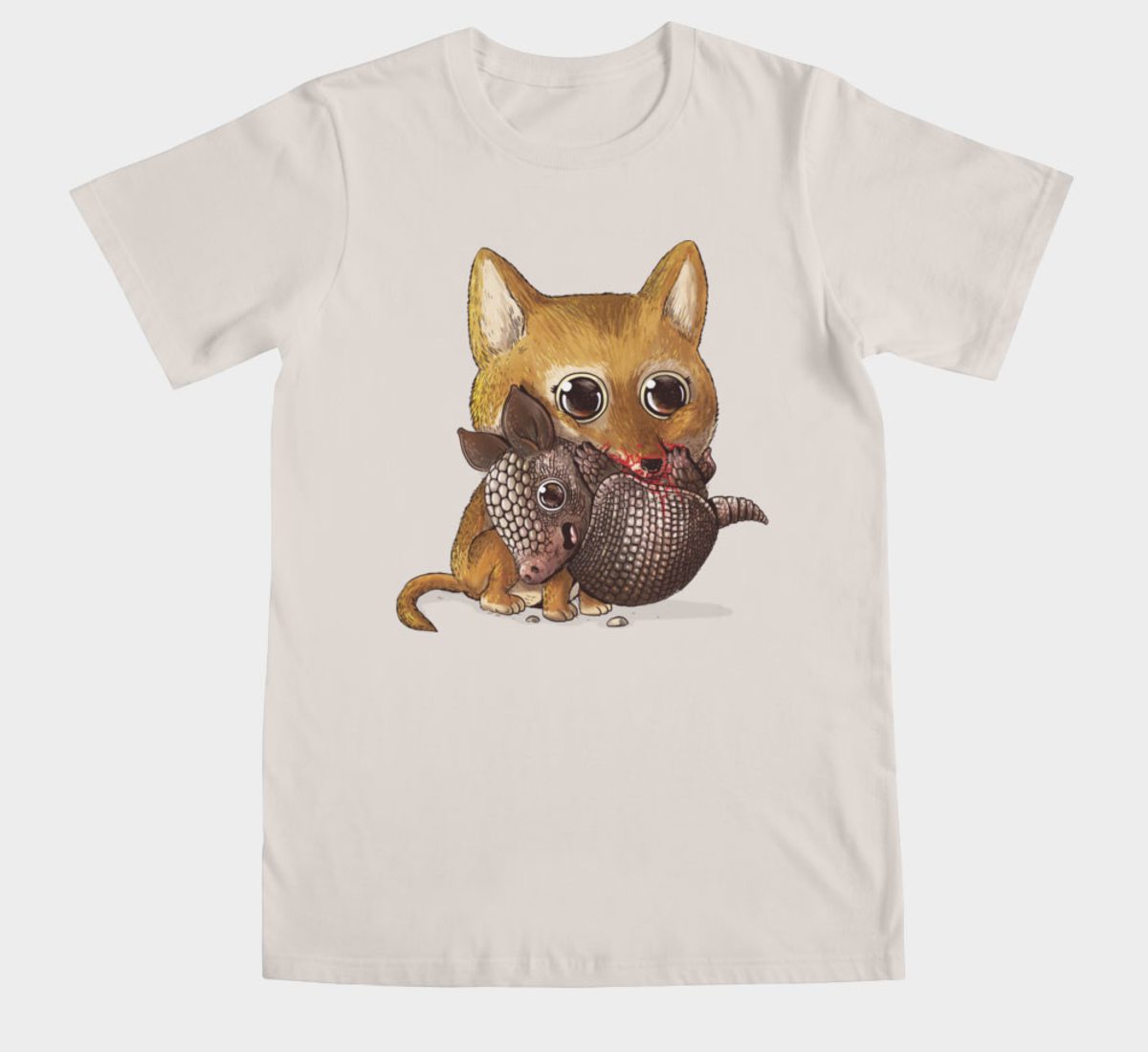 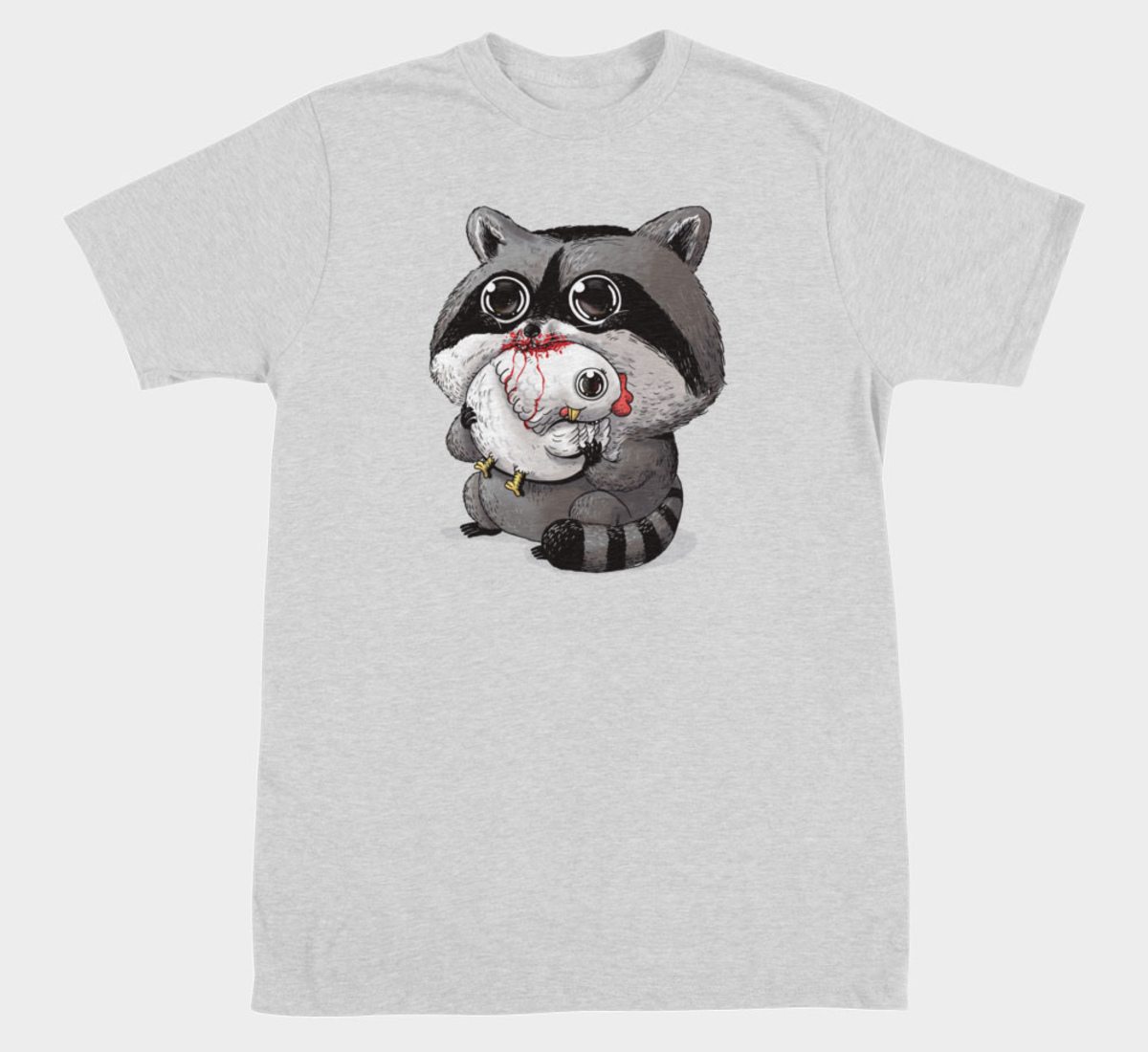 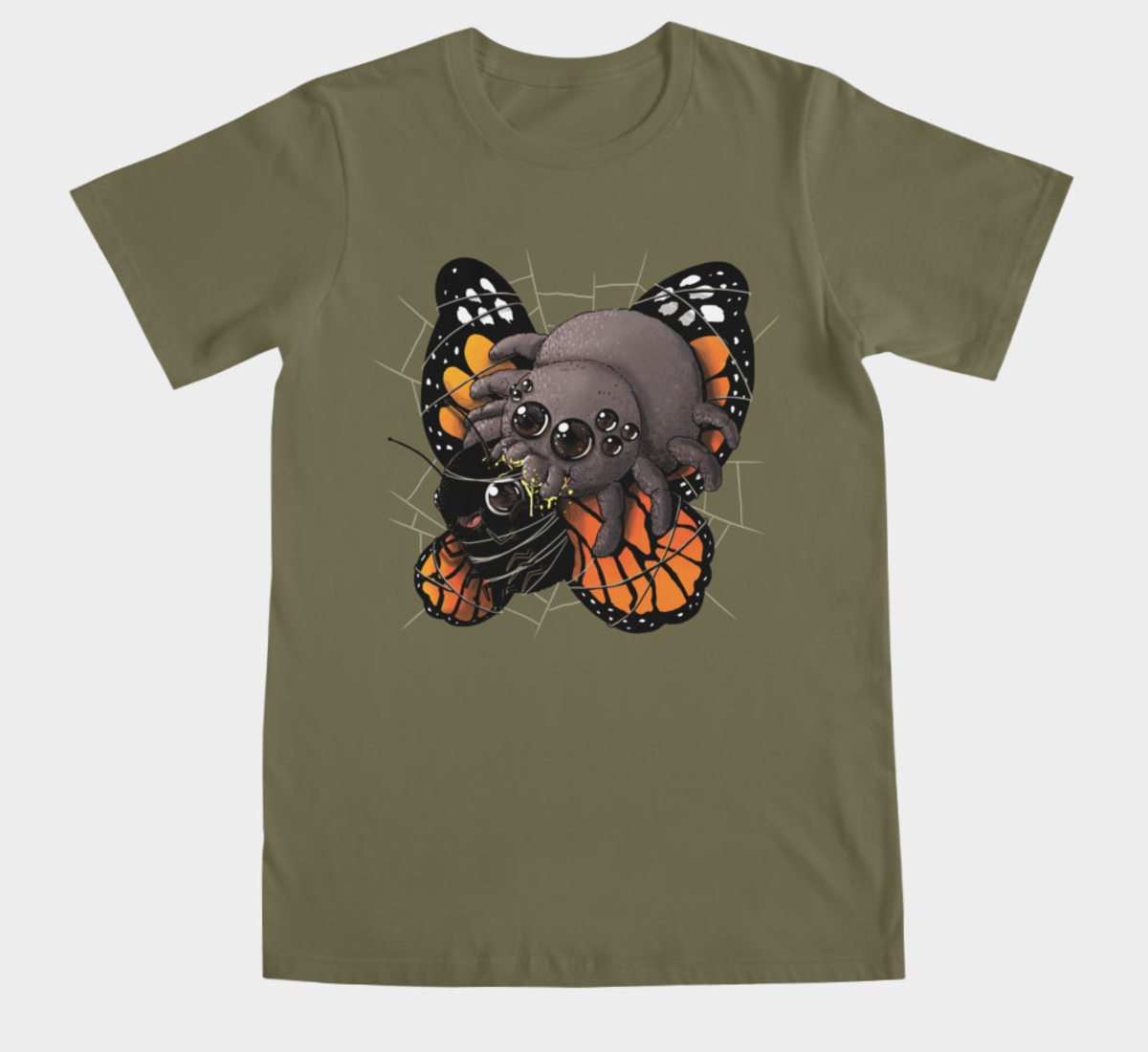 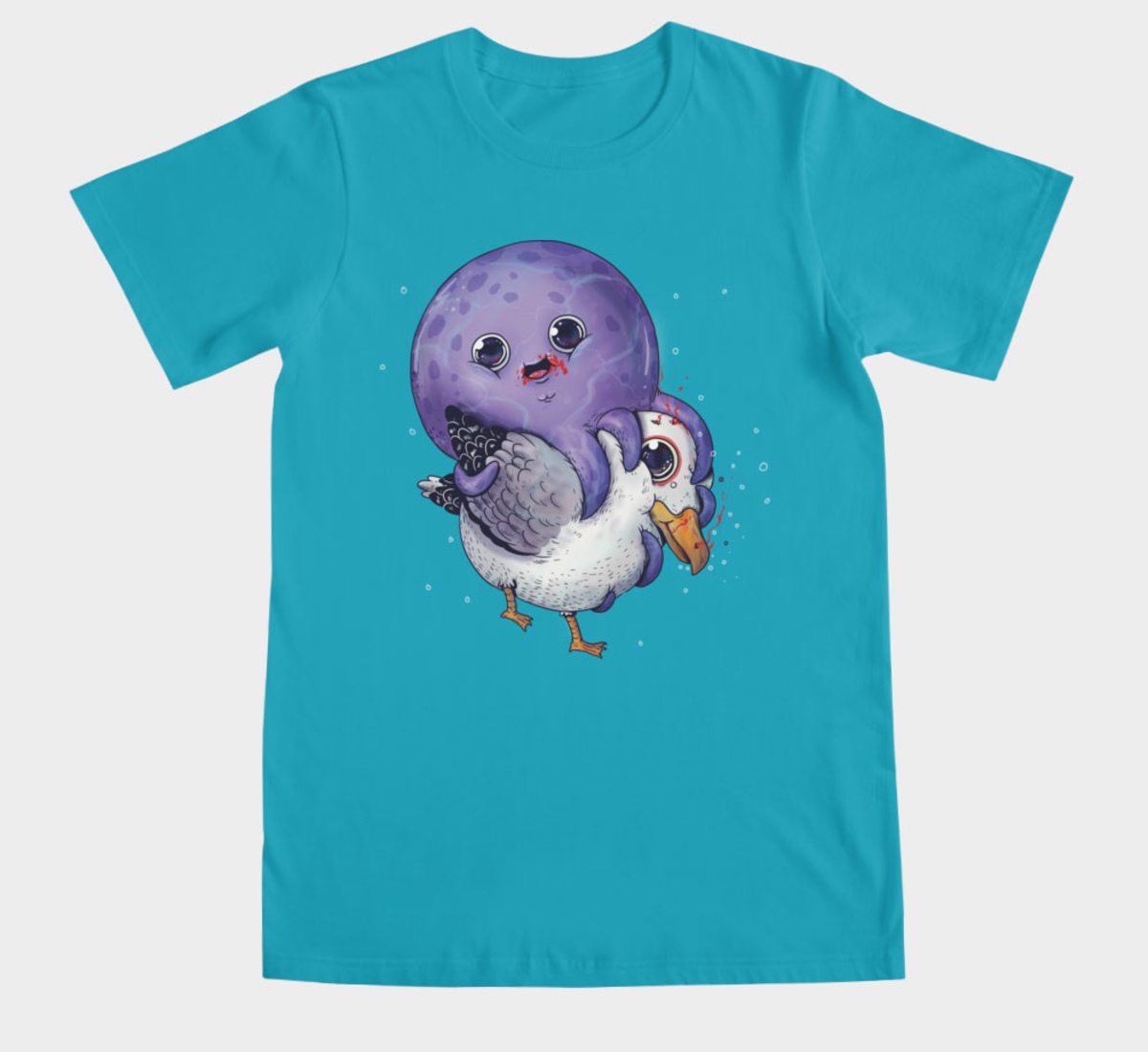 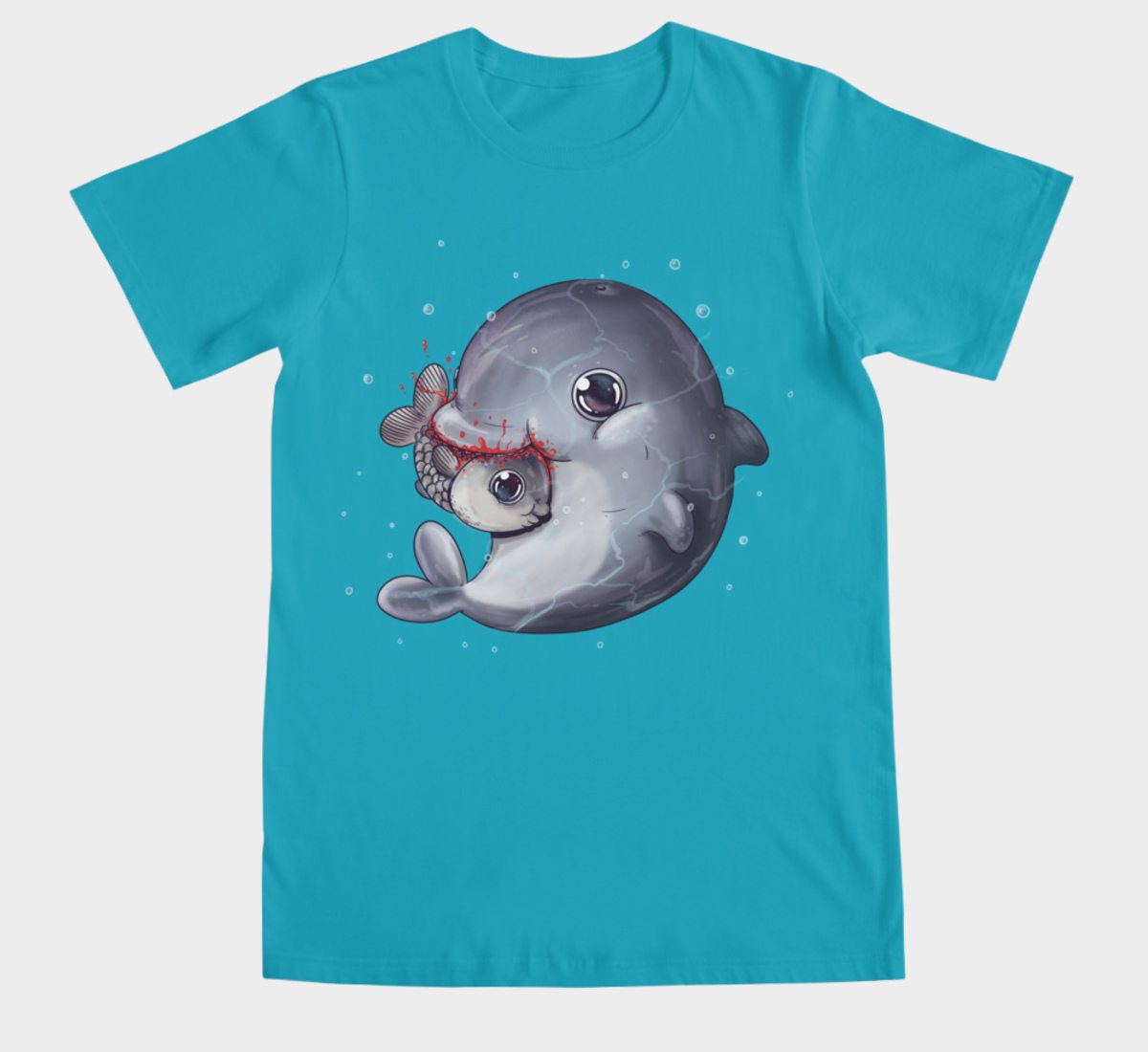 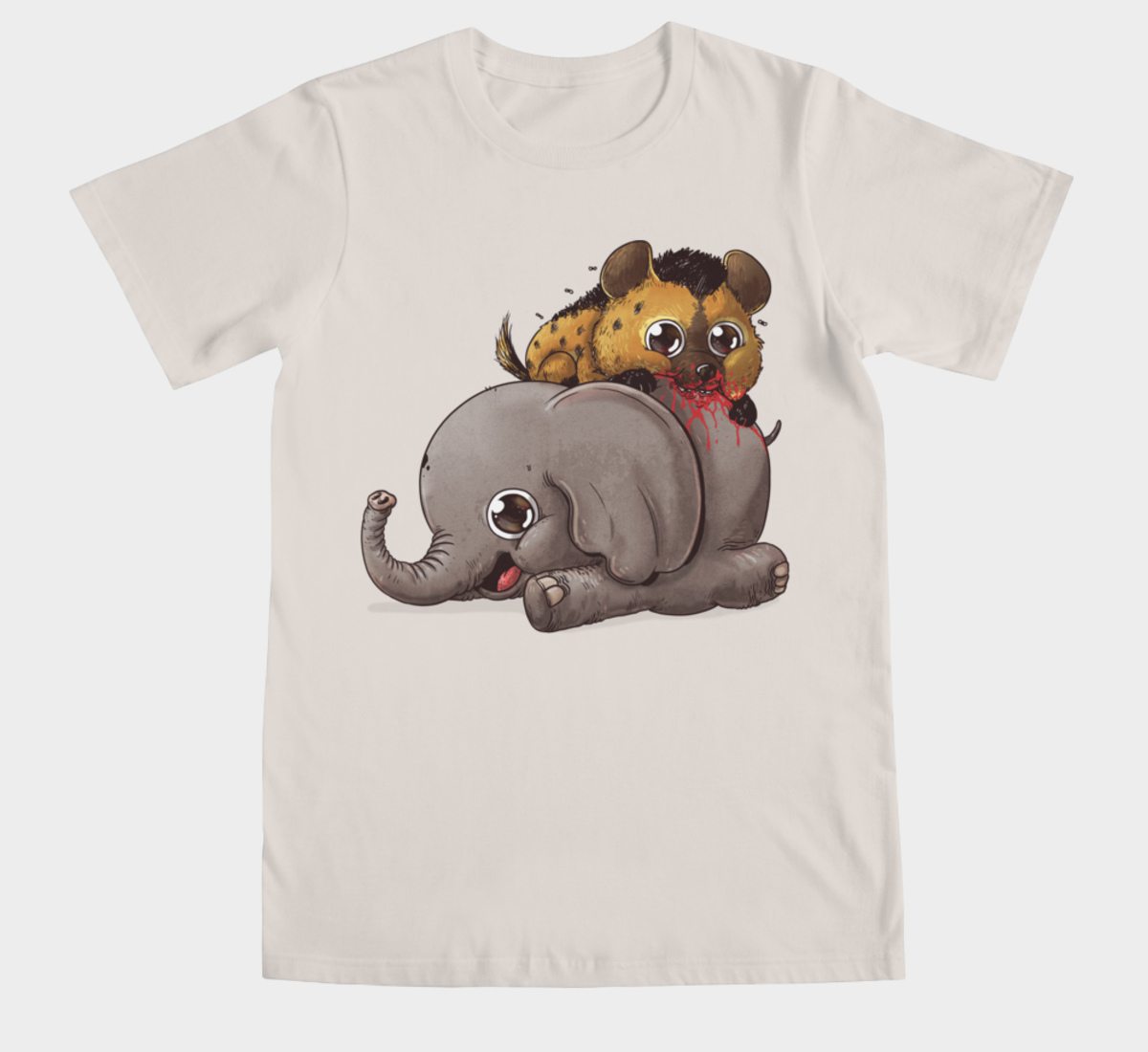