Game Of Thrones Movie Is NOT Happening – Not Yet Anyway

There have been numerous articles popping up all over the internet in the last day or two about an interview with George R. R. Martin published by the UK’s  Daily Mail. They apparently did an interview with the Song of Ice and Fire author, who is of course also heavily involved with the Game of Thrones series, when they caught him backstage at the Emmy award show. 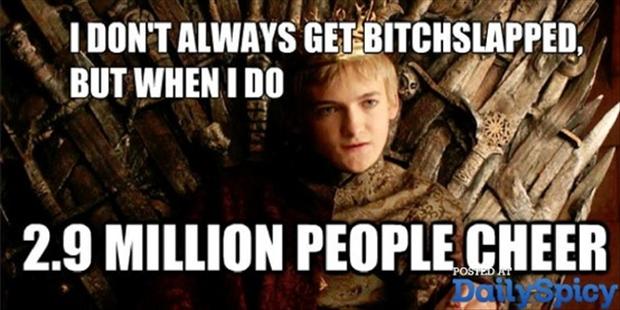 Here’s what he said:

“There will be a movie but I will not be involved. I have too much to do. That is something HBO and (executive producers) DB (D.B. Weiss) and David (Benioff) are dealing with. I have two more books to finish and I still have so much to do. The pressure is on. I am such a slow writer and the fans get upset that I don’t write faster.”

Here’s the thing though. The whole thing never happened. Game of Thrones did win a whole bunch of Emmys. Half of them to be exact, or a whopping 12 if you’re counting, but the interview is a complete lie. George R.R. Martin said so in his blog today. “…Completely false. No one is working on any movie just now. And if there was a movie, it would not be about Robert’s Rebellion.” This was also confirmed by Elio and Linda, who are the owners of the biggest Song of Ice and Fire website, and who also wrote the book called World of Ice and Fire, which was approved by George R.R. Martin.

Reports that #GameOfThrones movie is in the works are based on fake quotes from @GRRMSpeaking, according to @HBO. Tabloids are shameless. – Elio and Linda on Twitter

Can’t believe anything anybody anymore. I still think the Game of Thrones movie will eventually happen, it just hasn’t been approved yet. And in case you’re a big fan of the books and TV Show you might need some tees so that everyone knows it. Check out our awesome collection of Game of Thrones t-shirts!

In the beginning the Universe was created. This has made a lot of people very angry and been widely regarded as a bad move. -Douglas Adams