How many of you guys have leveled a smurf, and at early levels saw people build/do things that you as veteran would laugh at, but is never even sniffed at during either tutorial, or in co-op v AI, or even in any Riot endorsed training videos (yes there are non-official videos, please). Things like, how to tell a jungler from laner, from support, item paths, how to jungle at all, last hitting, objective control. These are all crucial parts of the game that are fundamental towards becoming a good player, a good team player.

So, I’ve thought up, kinked out and thought-trialed (for those of you who don’t know, it means put the idea on paper and given it to peers), and I am now up to you, the public. An implementation of proper and more sophisticated tutorials, so that new players to League, if they so choose, can learn the fundamentals that make good players great. Below, I have outlined the basics of each tutorial which can be completed at a players own wish.

Simple enough tutorial, a custom game with an AI bot specific designed to pressure you in the lane you choose, whether it be bot (Sivir – Easy, Lucian – Medium, Caitlyn – Hard), mid (Gragas – Easy, Ryze – Medium, Orianna – Hard), or top (Jax – Easy, Shyvana – Medium, Kennen – Hard). Each lane as you can see, has three difficult settings, chosen in order of skill to lane vs (in pure mechanics) and damage output. Whilst those champions are not final they give a rough idea as to how the scaling would work, and whilst it is hard to say X is harder to lane against than Y, I feel for newer players this is a good indicator of the strengths/weaknesses of their champion in various lane match-ups.

The aim of this tutorial is to hit certain goals in a set time of 10 minutes. The ranks are listed below:

This was a tutorial I was reluctant to include, however I feel that map awareness is a skill lacking from Bronze V to Challenger, and a tutorial specifically designed to test this is needed.

The Aim: To warning ping an enemy jungler when he appears out of fog of war as quickly as possible, using various ward positions automatically put on the map. There is no ranking for this tutorial, only self-satisfaction, however all players who successfully avoid the gank on their lane (by way of pinging the jungler when he appears in your lane) will pass for the rewards listed below.

Something that is often lacking in newer players is an understanding of when/why an opponent can control a lane, and when they can. This tutorial will assist players with lane pressure and when to push/freeze lanes effectively, For the purposes of this tutorial, it will be done in Blue side Bot lane against an enemy Caitlyn AI. The AI will only last hit minions, and hence slow push the wave. This tutorial will have a intro, showcasing how to utilize a slow-push to allow you to take other minions, in this example, double golems.

The aim: To effectively push the wave to allow you to take double golems with minimal lane minion loss. Item starts haven’t been worked out yet, however to make this realistically it would most likely be at least a B.F. sword into the game.

Challenger – 0 minions lost. (Yes, this is possible and a correctly done video can be published once the tutorial is made, slow push the wave past half way, then once you have the lane to the opposing turret, hardshove the next wave and utilize the 25 second window you have, easy in theory, not so much in practice) 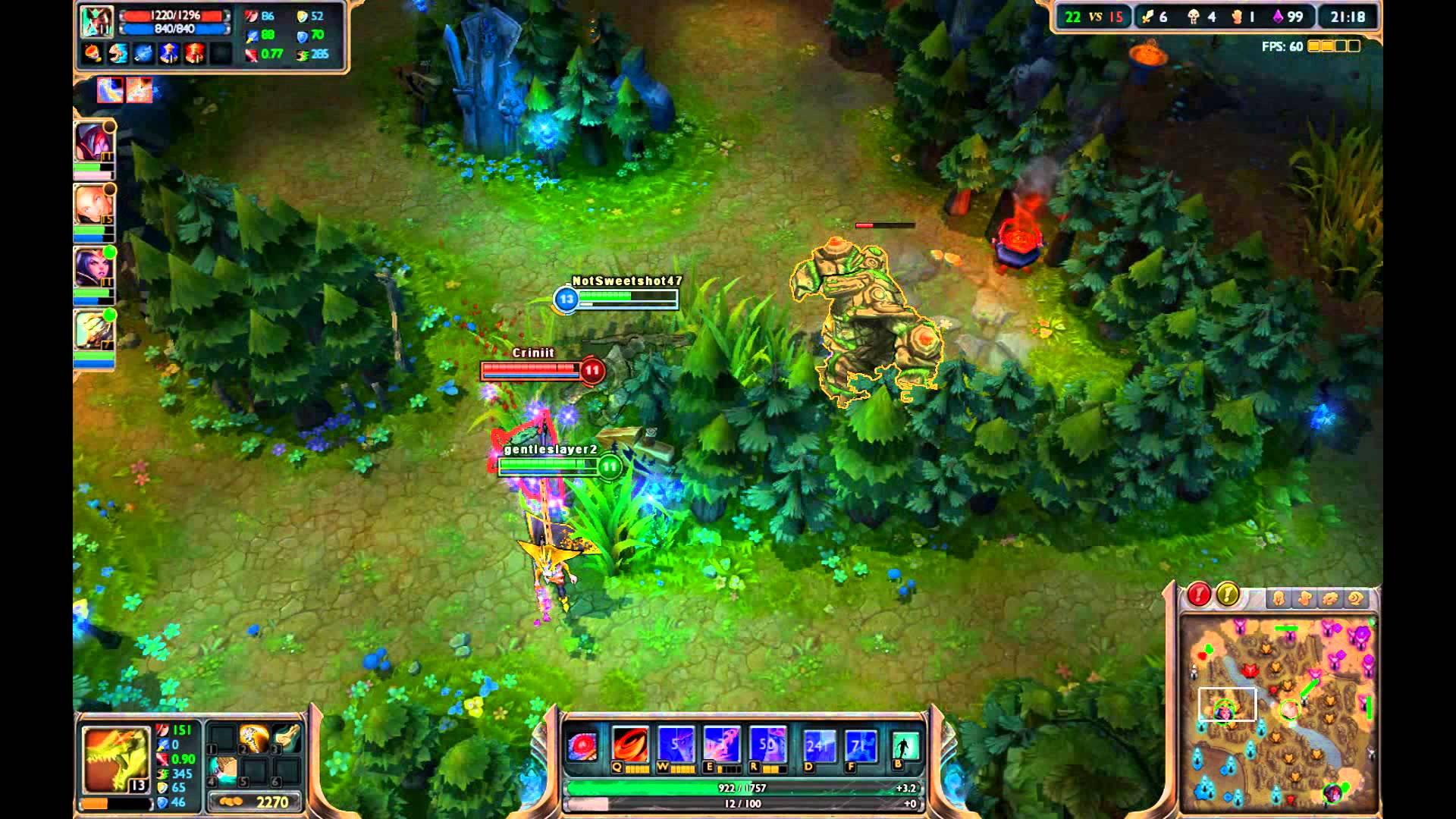 The Aim: There will be three difficulties that represent different stages of the game and hence different factors in gameplay, listed below. From the AI bots available, you will be required to pick one of the same champion type (so no playing a marksmen against a bruiser for free points).

Medium – Level 6, average gold at level 6 (most likely around 2.5k mark, research to be done)

This should be self-explanatory, practice hitting skill-shots at different ranges, for points! Most points wins.

The Aim: To hit a champion placed at different ranges depending on the skill shot being practiced. All champions available and different terrain/settings including open lane, baron pit, over-the-wall (think blue buff area).

To make this particular tutorial more fun, record the top scores for each champion. See how you go.

Now for the kicker, don’t think the AI is a good enough system to train against? Boom, add each tutorial as a custom mode which you can add a human to verse instead of AI. This also creates super fast 1v1’s, sandbox mode, and various other key challenges that you can practice specific mechanics on, and it works both ways.

Oh, did I say kicker? I meant, here is the real kicker. Rewards. Honestly the best way to get people to do tutorials, is to reward them for completing them, whether it be a skin, or an icon, or just an EXP/IP Boost, some form of reward for playing through the tutorials seems like a good idea. (Anyone who has played on Garena would know how their reward system works, maybe something like that)

I’m pretty open to suggestions, but, I’m hopeful that at least someone agrees with me that the current tutorial is not effective, and needs to be replaced by a better system, whether it be this one, or any other one someone suggests, or Riot developed, but, the moral is, we need a better League of Legends tutorial.

Edit: These are not mandatory tutorials, just optional drills that new players might enjoy, particularly as they reach 20-30, and definitely before they try ranked.

Disclaimer: This League of Legends tutorial was first posted by user MrBaneBlade on Reddit!