She was supposed to play in Guardians of the Galaxy!

Apparently the scene where she was supposed to play in Guardians of the Galaxy was cut – the pit boss, played by Marama Corlett.

The picture taken on the set was released by Director James Gunn. She’s having her head rubbed by Dave Bautista.

Her role wasn’t cut entirely, she was supposed to play a bigger role, but you can still spot her in the movie, that if you look closely. 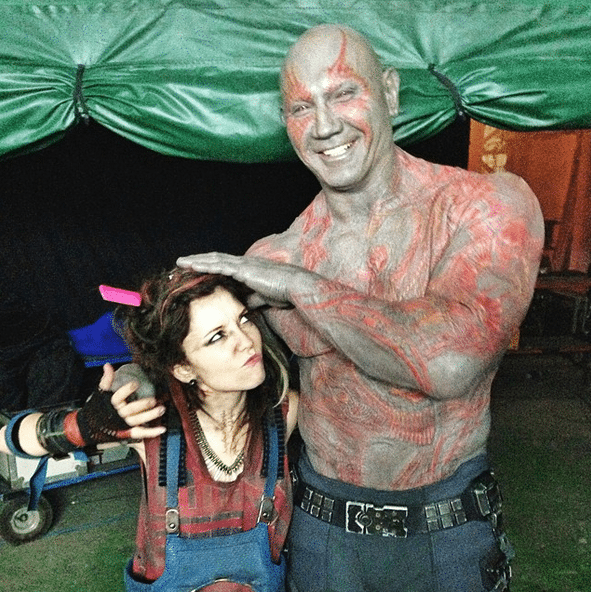 “#gotgpicoftheday One of the tough things about making a film is sometimes you have to cut performances from the film, not because there was anything wrong with the performance, but for time or plotting reasons. Such was the case with @maramacorlett, who played the pit boss running the Orloni-F’saki table in the Boot of Jemiah. She was amazing, learning all of her lines in a foreign language we created. Although you can still see her in the film her part was drastically cut down because of pacing. However her character didn’t die, so who knows where the pit boss could show up again! Here @realbautista rubs her head like he did in the cut scene from the movie, irritating her while drunk.”