Talented illustrator Andy Smith was born and raised in Norfolk, UK, and studied illustration at the University of Brighton and the Royal College of Art, London. Graduating in 1998 he quickly established a client list of advertising, publishing and editorial clients including Orange, Mercedes, McDonalds, The Guardian, Expedia, Sony, Vodafone, 2K by Gingham, Random House and Penguin Books. His work combines illustration and typography to create images that have humour, energy and optimism and all are executed with a handmade, hand-printed, tactile feel. Quirky characters find themselves in absurd situations, often with a large piece of lettering nearby. He has exhibited in the UK, USA, France and Australia. Tee Hunter recently had the pleasure of picking Andy’s brain on all things illustration, including his numerous and unforgettable t-shirt designs. The following interview is the result, enjoy. 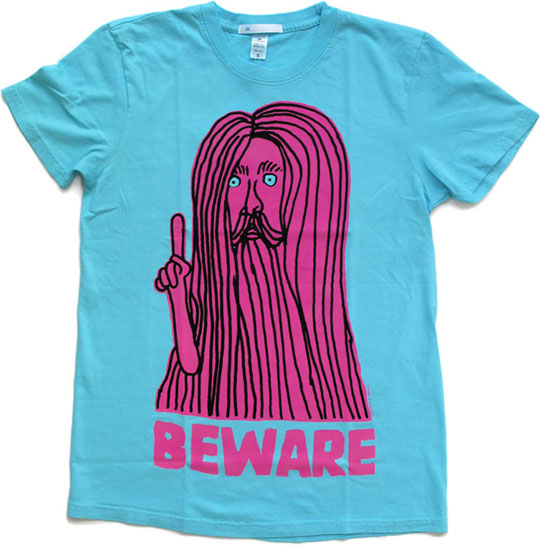 TH: What inspired you to study Illustration?
AS: The thing I like about illustration is that it’s all about telling stories, whether it’s a book poster or whatever. I also like the way it’s a type of art that’s very accessible for the viewer and it’s not too serious. I like making people laugh (intentionally).

TH: Were you able to work professionally as soon as you graduated & how did you achieve this?
AS: By the time I had finished at the Royal College I had been at art college for 6 years and I was getting fed up of making work that would end up in a plan chest. I was ready to do it ‘for real’. I knew it might be difficult to break in to it but after all that time I thought I had better give it a good go or it would have all been for nothing. I put everything together in a big portfolio, found some art directors names and started making appointments to show them my work. I really enjoyed getting out to meet these people and it helped me understand how the business works. I spent a long while doing this and it felt like I’d seen half of London, but work started to come in and then picked up. I didn’t have to take another job which was nice. 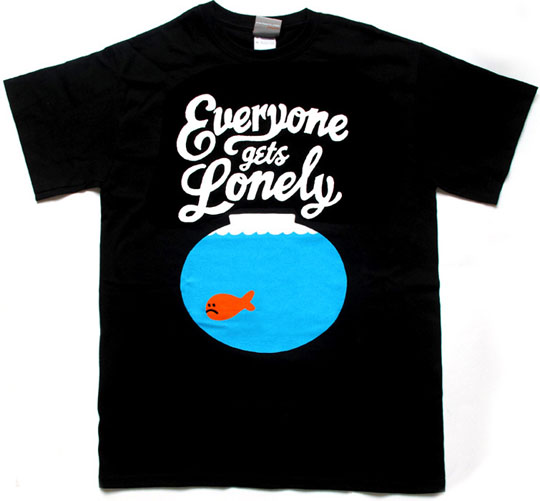 TH: Do you produce much personal work and what do you find most rewarding about it?
AS: Yes I do a lot. I’m into screenprinting so when I’m not working on jobs I’m making posters or little books that I produce in small editions. These are fun things, weird characters and phrases that I can’t fit in to the paid stuff- ‘The Blue Inks’ gang, The Target People and things like that. I’ve recently had a show at Soma Gallery of a lot of new work. I think its good to keep a balance. The personal work keeps you moving on which is good for both me and the people I work for- I don’t want to repeat myself.

TH: You have worked with some highly respected brands, tell us about your favourite projects?
AS: Early on in my career I was able to do a big campaign for Nike that meant I was working on posters, press and also a TV ad. They were great to work for as the brief was very open and they encouraged me to go for it and try to come up with something that was creative and free, for such a big brand there wasn’t too much compromise which isn’t always the case. I like the throwaway aspect of advertising, something is up all over the place and then its gone forever. Things like t-shirts and book jackets are nice to do as you end up with an actual physical ‘thing’. Useful for showing to older relatives who don’t ‘get it’! 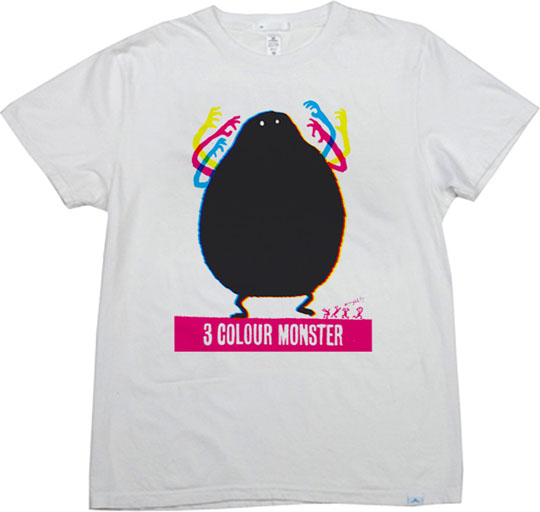 TH: Obviously being teehunter.com we are especially interested in your apparel design. How do you approach designing for a tshirt or garment specifically?
AS: I approach it just the same as doing a poster or book cover and don’t think about it being on a shirt. However that does mean at times I’ll come up with something and will need to be told that no-one would actually want to walk around wearing it. Those ideas are put in to a box and saved for another time.

TH: What is your favourite tshirt that you have designed and why?
AS: I like I am always right like the way it has a nice bold slogan and then a little follow up line in there as well if you look a bit more closely. This one originally started out as a screenprint on paper but was spotted by the folks at 2K. 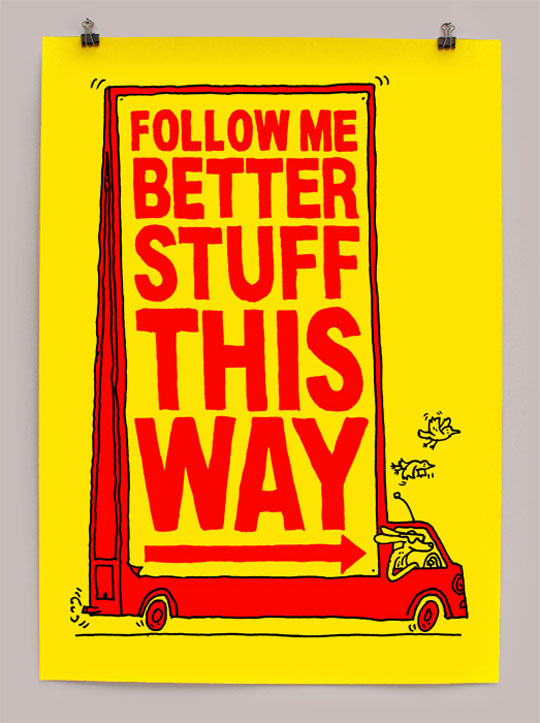 TH: You seem to favour and are known for plays on phrases and typography based designs especially, what attracts you to this in particular?
AS: I like the simplicity of lettering and the way the message is immediate, you just read it. No thinking necessary for the viewer. There seems to be endless ways of using letters. I can draw a dog a few times but basically it will always look similar and I’ll eventually get bored. However if I write the word Dog the styles and ways that I could do it are endless.

TH: You contributed designs to the 2K by Gingham Summer 2011 Collection recently, was that the first time you worked with the brand and how was the experience?
AS: I have done some tees for 2k in the past and its always great to work with them. They give you free reign to come up with whatever you want which is good. They have a really good range of shirts from Yoko Ono to Matt Furie and Milton Glaser, so classy stuff! 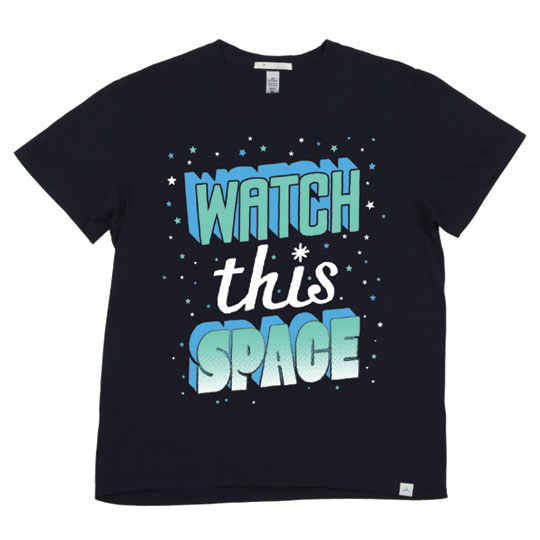 TH: What are your favourite clothing brands to wear yourself and why?
AS: I really hate shopping for clothes. My wife ‘arranges’ for the odd parcel to arrive for me with clothes in it that I can wear. I think they are coming from somewhere on the internet! Its a good hands off system that works well. Sooner or later everything ends up with pen or paint on it anyway. I seem to always get nike trainers that make a strange screeching noise in the supermarket which I like.

TH: What has been the highest point of your career?
AS: It feels great when any project comes out in print. After all the hard work its good to reach a conclusion and then any ups and downs that got you there are soon forgotten. The real high points are when a project goes really big. It was great to do posters for clients such as Nike, Sony and Orange but it also feels good when a book arrives through the post that you’ve designed the jacket for. 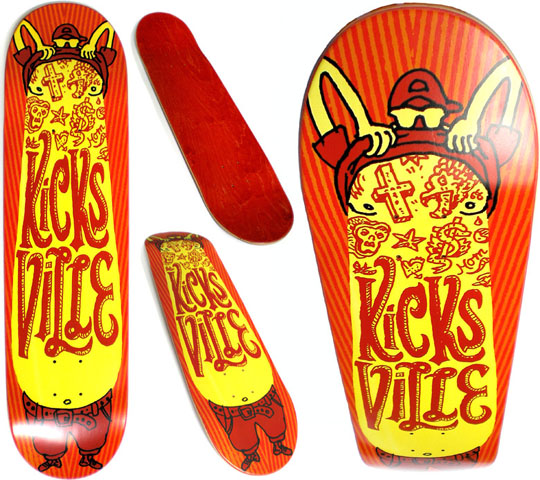 TH: …and your lowest(and what got you through it)?
AS: When someone asked me to draw dogs forever. No, there really aren’t too many lows.

TH: Do you have any advice for aspiring illustrators?
AS: I think you’ve just got to stick with it and keep doing new work and showing as many people as possible. If you’re good the work will come!

Huge thanks to Andy for his time and if you’d like to read more about his work or buy some of his amazing prints, tees and other goodies then check out his online store.